Hey, Fandom Fans! We have one more week of July before the transition into August. July has been a pretty good month for fandom news! This week is no different. Brace yourselves, Fandom Fans; this week’s roundup is going to be epic!

Watch this news roundup as a VIDEO by CLICK HERE!

A Sharp Choice for Director

The MCU has already acquired its new Blade with fan-favorite choice Mahershala Ali.  Ali is no stranger to Marvel; he previously played the villainous Cottonmouth in Luke Cage. The long-awaited reboot has just snagged a director– Bassam Tariq will be directing Blade for the MCU. Tariq is most known for his film “Mogul Mowgli,” which starred Riz Ahmed. Stacy Osei-Kuffour, the writer for the Watchmen tv series, will be writing the script for Blade. Is Marvel taking a risk with a newer director, or will it give the franchise a freshness many feel the MCU needs?

Blue Skadoos Into the Movies 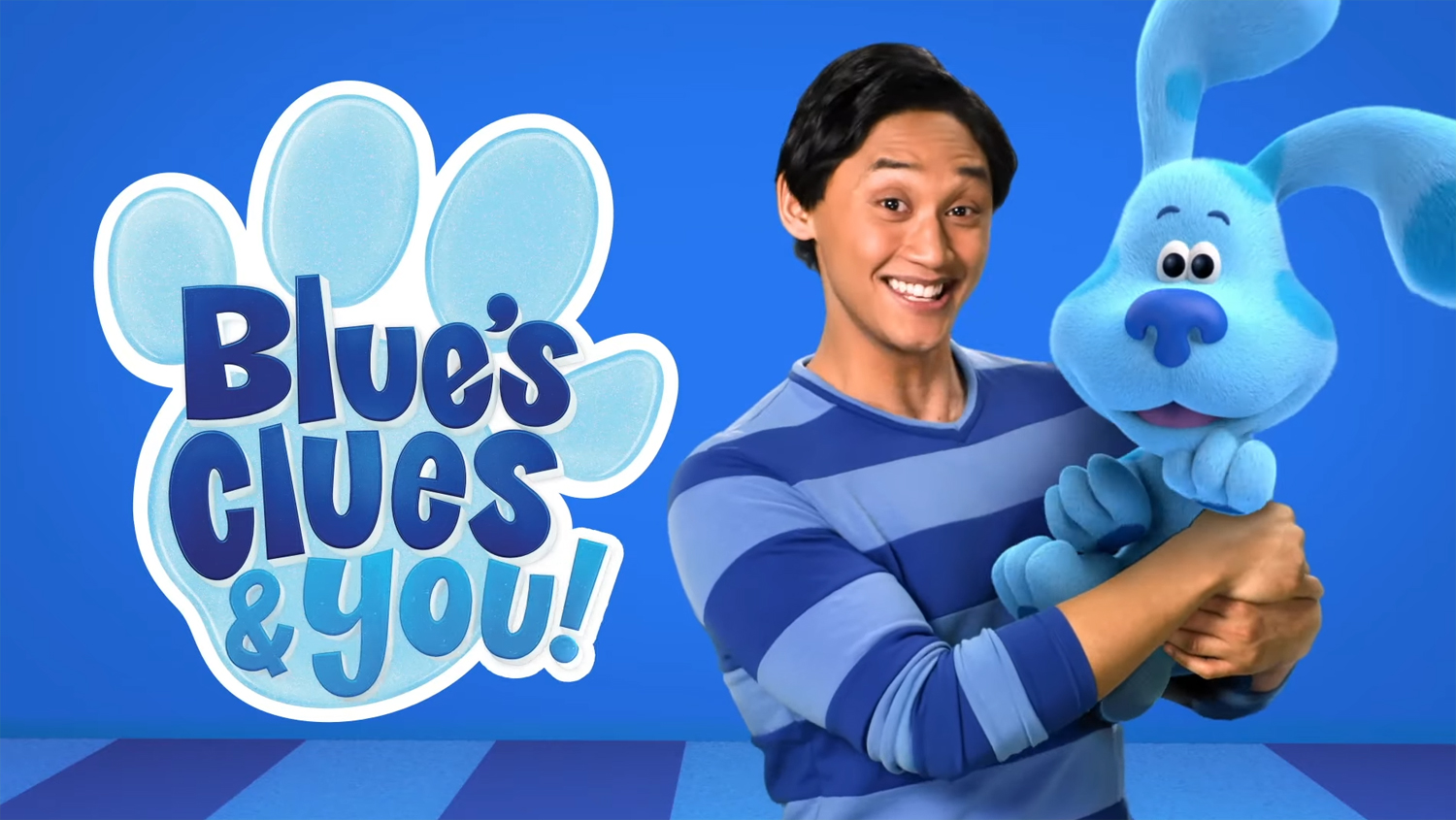 Blue the dog has been solving mysteries for 25 years! Are you suddenly feeling old? Me too.  After entertaining kids for generations, Blue is headed to the movies! Blue and her pal Josh will star in a feature film. The Blue’s Clues & You movie will take place in the big apple, as they head to New York City to audition for a big Broadway musical.  It is safe to assume that Blue and Josh will have to look for three clues in the giant city!  Matt Stawski (Side Effects) is directing with writing by Angela C. Santomero (Blue’s Clues franchise, Daniel Tiger’s Neighborhood) and Liz Maccie (Siren, Foxglove). The film begins production this Summer.

The Obi-Wan Kenobi Disney+ series has crowned their Princess Leia. Vivien Lyra Blair, who played “girl” in Birdbox, will play the younger version of Princess Leia.  It is reported that the little princess will have a big role in the series.  We know that part of the show will take place on Tattooine, which means Obi-Wan may be spending time with both of Vader’s twins. Will this change the Star Wars we know or expand upon the lore? The six-episode Obi-Wan Kenobi series is scheduled to release in 2022 on Disney+.

The Witcher & The Big Bad Wolf

Netflix released the trailer for its The Witcher spin-off titled “The Witcher: Nightmare of the Wolf.” This anime series expands on the Witcher lore before we ever meet Geralt. The series focuses on his mentor Vesemir. Vesemir was a young witcher who escaped a life of poverty to slay monsters for coins. But when a strange new monster begins terrorizing a politically fraught kingdom, Vesemir finds himself on a frightening adventure that forces him to confront the demons of his past. The Witcher: Nightmare of the Wolf premieres on August 23, 2021.

Vaporeon, a water-type Pokémon, has been appointed by Japan’s Minister of Land, Infrastructure, Transport and Tourism (left) as an ambassador for “Water Day” (August 1st), a day to raise awareness of water resources. pic.twitter.com/8gulYIZQW0

One fan-favorite Pokemon,  Evee’s evolutions, has been appointed by Japan’s Minister of Land, Infrastructure, Transport, and Tourism  as an ambassador for “Water Day.” Vaporeon, Evee’s water-evolution, is Japan’s new water ambassador and will help create awareness about protecting and preserving the waters of Japan.  Vaporeon will make its first official public appearance on August 1, 2021, for Water Day.  Not sure who else was up for the job, but we certainly know who wasn’t. 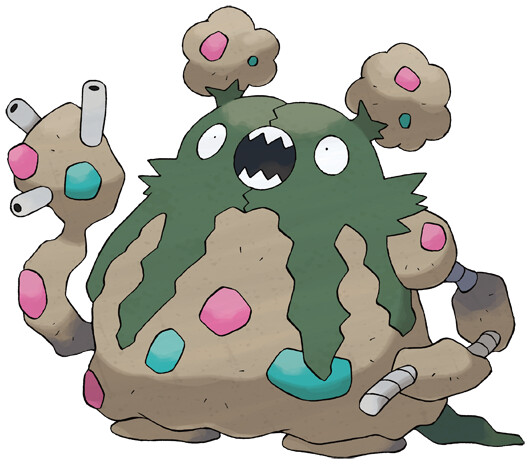 This week DC dropped major casting news for some of their big projects. Actress/Singer Leslie Grace (seen above) has been chosen to portray Batgirl in the upcoming solo film of the same name.  The studio also released a list of the voice cast for their next animated film, Injustice. The cast includes Justin Hartley (Superman), Anson Mount (Batman), Anika Noni Rose (Catwoman), and Kevin Pollak (The Joker), to name a few. The film will premiere in the Fall of 2021.


Millennials, your favorite 90s game show is back! The teaser trailer for the reboot of Legends of The Hidden Temple made its way to the internet.  It has fans of the cult classic breaking out their Zenith TVs and British Knight sneakers.  The game show will now be played by adults and with “better” prizes. The original voice of Olmec, Dee Bradley Baker, will be reprising the iconic voice. Legends of The Hidden Temple premieres Sunday, October 10 on the CW and you can stream the next day for free on The CW app!

A Goddess Heads for Wakanda

Actress and Writer Michaela Coel has been cast in an unspecified role for The Black Panther 2: Wakanda Forever. The award-winning actress and writer is most known for her powerful performance in HBO’s “I May Destroy You.” Coel and the show are nominated for 3 Primetime Emmys.  Fans have been speculating on who her character may be. Many are guessing older Shuri, Storm, or White Tiger. My money is on Madam Slay. 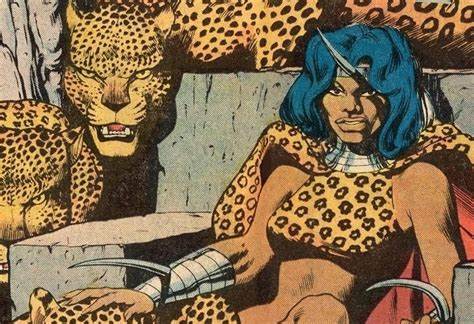 Feuding royals, a deadly planet, and a gifted young man who holds the destiny of everyone in his hands. Born to Duke Leto Atreides (Oscar Isaac) and Lady Jessica (Rebecca Ferguson), Paul (Timothée Chalamet) inherits stewardship of Arrakis (aka Dune), a dangerous desert wasteland that’s home to vigilant natives and melange, aka spice, the most precious resource in the entire universe. Known to extend life and grant its user superhuman intellect and faster-than-light speed, they set out on a mining expedition to save what’s left from malevolent forces that would do anything to get it. As they face mind-bending realities, raging rebellions, and giant sandworms, the future becomes clear: only those who can conquer fear will survive. Dune will release on October 22nd in theaters and on HBO Max.

It’s Not All Fun and Games at Activision Blizzard

After a long investigation by the California Department of Fair Employment and Housing, the state has filed a lawsuit against the popular gaming studio. Activision Blizzard is known for creating games like the Call of Duty series, Skylanders, Warcraft, Hearthstone, Spyro, and Candy Crush Saga. The lawsuit indicates that the gaming studio was “fostering a ‘frat boy’ culture in which female employees are allegedly subjected to unequal pay and sexual harassment.” You can read the full details of the allegations in the official court documents. This is not the first time a gaming studio has been accused of sexual harassment of female employees. In 2018, Kotaku released an editorial piece exposing Riot Games for similar behaviors.

A Family Falling Out Once upon a time, the Rock and Vin Diesel were like brothers. Things took a turn somewhere between Fast 5 and Fast 8. The brothers had a falling out, and now they are enemies. Vin Diesel said in an interview that, “We had to get there [with the Rock] and sometimes, at the time, I could give a lot of tough love. Not Felliniesque, but I would do anything I’d have to do to get performances in anything I’m producing.” To translate, Vin Diesel pushed the Rock to get the right reaction from his acting.  Dwayne Johnson replied in a different interview, saying, “I laughed, and I laughed hard,” Johnson said. “I think everyone laughed at that. And I’ll leave it at that. And that I’ve wished them well. I wish them well on Fast 9. And I wish them the best of luck on Fast 10 and Fast 11 and the rest of the Fast & Furious movies they do that will be without me.” Will these two ever get back to being family?

The Future of Superman

Black Panther actor Michael B. Jordan is taking his skills over to DC. Jordan and his production company, Outlier Society, will develop a Superman project. This project will focus on Earth-2’s Superman, Val-Zod. Also known as the “Black Superman.” No, not Idris Elba’s character in Hobbs & Shaw.

The new Superman film will be exclusive to HBO Max.  Michael B. Jordan will be heavily involved in the project, but there’s no word yet on if he will star as Val-Zod. Though, he definitely looks the part and has been fan-cast for years now. The internet already has polarizing opinions. Many love the news, while others seem to be mistakenly believing that the film is making Clark Kent black. To reiterate, it’s Val-Zod, an alternate universe character that has existed in comics for years, and NOT Kal-El.

You made it to the end of this week’s Fandom News Roundup! Did we deliver the goods or what? Please share with us your favorite stories in the comments and online. Remember to stay safe and enjoy your weekend! We’ll be right here waiting for you next week. Seriously…we will wait.