Just like in a fairytale, magic often happens mysteriously and overnight. While we are sleeping soundly in our beds, we are completely unaware of what waits for us in the morning. On a most peculiar day in South Philadelphia, a strange box waited to be greeted. What kind of box did you ask? The Shrek Box. Yes, you read that correctly. A box dedicated to the loveable green ogre.

The Shrek Box became an instant hit in the City of Brotherly Love. Its magic has even made its way across the internet.  Something this unique must have come from equally unique minds. Those minds are William Keiper and Lauren Devlin, both residents of Philly.

Fandom Spotlite was able to speak with Shrek Box co-creator William Keiper as he shares with us their ideas for this magical creation!

FS: What sparked the idea of the Shrek Box?

Keiper: “The original idea was to repurpose old newspaper boxes that had been abandoned across Philadelphia. The city wasn’t removing them and they had just become full of bad graffiti and stuffed with trash. I finally came up with the idea to do a Shrek Box after my friend Lauren started rewatching the films. This also happened around the same time Philly was going box crazy. We had little libraries, free Blockbusters, community refrigerators, and even a “grab and flow.” I wanted to poke fun at the explosion of these community boxes and I thought Shrek was the perfect way to do it. That’s when I invented “take a Shrek, leave a Shrek.” A lot of people were confused by the concept, but you either get it or you don’t.”

FS: How did the idea end up becoming a reality?

Keiper: “I had been scouting boxes for years when I found the perfect one abandoned on a side street. We dragged it to my backyard, cleaned it out, and got to work.”

FS: Can you describe the feeling when you first put the Shrek Box out in public? Were you scared? Excited?

Keiper: “I had different emotions. I was worried nobody would care, that the city would trash it, or that people wouldn’t get it and just think I’m an idiot. But we had a Shrek party where we had a few drinks while we did a few finishing touches. It made the whole experience fun.  It didn’t take long until people discovered it and for it to go viral.”

FS:  On the flip slide, what was it like seeing that first offering? Was it validating?

Keiper: “The first offering was an onion and it was absolutely validating, but I think the small neighborhood kid who took the first Shrek DVD out of the box was what really made me excited. We had put a couple of Shrek 2 DVDs inside to kick things off. A small child and his mother were one of the first people to interact with the box. Watching him take it while his mother looked on disapprovingly made Shrek Box worth it to me. I like to think that someday as an adult, he is going to tell his friends and family how he used to go to the Shrek Box as a child.”

FS:  What do you do with the offerings you receive for Shrek?

Keiper: “I only remove things that could get me fined or arrested. So far we have received cigarettes, a bottle of wine, and poppers. All the rest stays in the box and people take what they want. It has become a bit of an art exchange. That was not my original intention but we think it is pretty cool. I didn’t realize that official Shrek items are hard to come by, and not many people are willing to part with their Shrek DVDs or merchandise. That’s fine to us, homemade Shreks and Shrek tributes are just as welcomed, if not preferred. We will have to do an onion purge at some point, but I don’t know when.”

FS: The Shrek franchise has officially turned 20, why do you think people feel so connected to the green ogre and the film itself?

Keiper: “Shrek has a lot of layers, so I imagine it means a lot of things to lots of different people. For me, it is the “anti” of the big corporate movie franchise. It’s that crappy ripoff VHS your grandmother bought you that you cherish more than any Disney film.  There are also more Shreks than Prince Charmings in the world, even if it doesn’t always seem that way. I think that’s probably why it has resonated with so many fans and has become such a cult phenomenon.”

FS: Let’s pretend there are some people who have been living under a rock for the past 20 years, they have never seen a single Shrek film; which one would you recommend the watch and why?

Keiper: “I guess I would tell someone to start at the beginning. You don’t want to be confused about Shrek’s adventures and they all begin with the original. Lauren is torn between 2 and 3. So I guess it’s like picking a favorite child because they all should be seen.”

FS: How do you see the Shrek Box evolving in the future?

Keiper: “I guess it’s up to Philadelphia. It belongs to the city now. I hope we can find it a permanent home when things die down a bit. Maybe it will always be a tourist attraction like the Rocky Statue. Whatever happens, I know that it’s better to have a forgotten Shrek Box than an old newspaper box stuffed with rotten trash.”

FS:  Are there plans to make boxes for other films?

Keiper: “We are already working on our second box, but it is not based on a film. I don’t plan to do a ton. How many novelty boxes does one city need? But we would like to do a few until the city starts to clean them up. I just hope they take the abandoned boxes and not ours.”

FS: Lastly, I have to ask, is Shrek truly love and life? 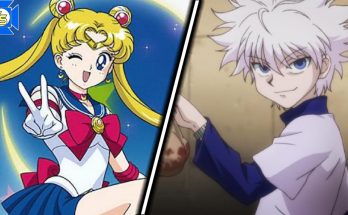