Online casino sites aren’t the first place that spring to mind when looking to find your favorite superheroes, movie stars and other areas of fandom. However, as with every other part of the entertainment spectrum, branding is incredibly important to casino software developers. Basing a casino game on a superhero or hit movie helps with crossover appeal, while also helping developers keep the content fresh.

Below we are going to look at a handful of software developers whom we consider to be the best in the business at created branded games for the casino market. From the DC Universe to GOT to Star Trek, these guys have it all sewn up:

The creator of the world’s first online casino games, Microgaming creates some of the biggest and best slot games on the planet. In terms of fandom, there are few games with more crossover appeal than Microgaming’s Game of Thrones. It’s massively popular at online casinos thanks to its officially licensed imagery and big prizes. Other popular branded games in Microgaming vast library include Tomb Raider slots, which sees Lara Croft appear in three different games, Jurassic Park, Terminator 2, Battlestar Galactica and Highlander.

While Microgaming boasts a larger games library, Playtech is the brains behind DC Superheroes slots, which is one of the most ambitious exercises ever attempted in casino game branding. The series consists of around 20 games in total, with new titles added on a regular basis, often as companion titles to new movies from the DCU. Justice League, Man of Steel and Suicide Squad are all featured, as well as some classic games featuring Adam West’s Batman. The intriguing aspect is that all the games in the series are connected through a shared jackpot game.  Playtech also goes in for some 80s retro with games like Robocop, Top Gun, and the surprisingly great Dirty Dancing slot.

NetEnt was always better known for its excellent original creations and artwork, but it has recently stepped into the branding world with releases like Conan, which is a tribute to the Conan the Barbarian comics and movies, South Park and Scarface. One of NetEnt’s most underrated series of releases revolves around classic horror, with games like The Invisible Man, Dracula, Creature from the Black Lagoon and Zombies all hitting the mark. We are also big fans of Jumanji and the Planet of the Apes games.

For a few years, Blueprint Gaming was widely seen as something of a ‘boutique’ developer, but it has really raised the bar in recent times with a flurry of excellent releases. Its branded range consists of games like Ted, Top Cat, and Count Duckula. But our personal favorite is undoubtedly the fabulous The Goonies: Never Say Die slot. Based on the beloved 80s movie, the game is full of inventiveness and excitement, with several fun bonus games and lucrative prizes. One of the best games around. 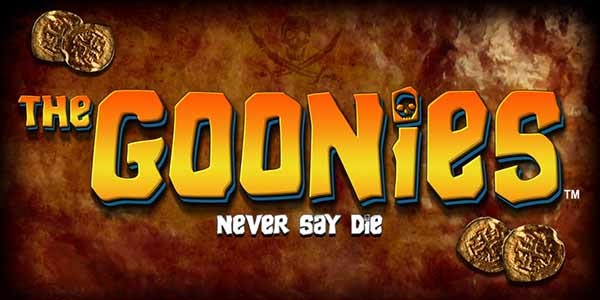 IGT doesn’t go in for branded games with quite the same gusto as Playtech or Microgaming, but one could argue it choose carefully selected quality over quantity. Trekkies will undoubtedly enjoy the Star Trek slot, whereas those excited about the new Ghostbusters film will love the range of slots based on movies and cartoon series. While it might feel like strange source material for a slot, we are also big fans of the CSI: Crime Scene Investigation slot game from IGT.