In an unexpected reveal, Andrew Lincoln and Danai Gurira shocked Comic-Con 2022 by announcing they will both return in a brand new The Walking Dead spinoff series.

Replacing the original Rick Grimes trilogy of movies, the duo will reunite in a yet untitled series that will bring fans the conclusion of their story.

According to an AMC description, the series “presents an epic love story of two characters changed by a changed world. Kept apart by distance. By an unstoppable power. By the ghosts of who they were. Rick and Michonne are thrown into another world, built on a war against the dead… And ultimately, a war against the living. Can they find each other and who they were in a place and situation unlike any they’ve ever known before? Are they enemies? Lovers? Victims? Victors? Without each other, are they even alive — or will they find that they, too, are the Walking Dead?”

“I’ve been working on it very, very deeply with Danai and with Andy, and we continue to work on it pretty much every day together with some Walking Dead vets and some great new voices. It’s an epic love story, but it’s an epic and insane love story. These are two people that have been separated for a very long time. They’ve lived whole other existences and they have to find themselves again, let alone each other. It’s hopefully going to be mind-blowing.”

Gimple also teased that the series will see the return of “Red Machete Rick,” a reference to Rick Grimes brutally butchering the Terminus cannibals in Season 5, as well as Michonne’s katana-wielding warrior who “taught a thing or two” to the Governor in Season 4.

The Rick and Michonne series is just one of several Walking Dead spinoffs in the works for 2023. A New York City-based spinoff titled Isle of The Dead will see Lauren Cohan and Jeffrey Dean Morgan return as Maggie and Negan, while a Daryl Dixon-centered series starring Norman Reedus will see the franchise moving to France. 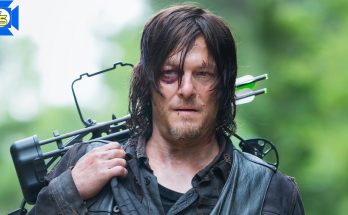