Searchlight Pictures has served up the first teaser trailer for its upcoming horror release, The Menu. Set to release in theatres on November 18th, the film sees Anya Taylor-Joy starring alongside Raiph Fiennes and Nicholas Hoult.

While our first look at the film doesn’t give too much away, it certainly sets the scene for an unsettling watch that looks to serve more than just fine cuisine.

In The Menu, a young couple travels to a coastal island to eat at an exclusive restaurant where the chef has prepared a lavish menu, with some shocking surprises. Taylor-Joy and Hoult will play the couple visiting the island, with Fiennes playing Chef Slowik.

Check out the teaser trailer below.

Described as a darkly comedic psychological horror-thriller set in the world of eccentric culinary culture, The Menu sees Anya Taylor-Joy return to the horror genre after making a name for herself in releases like The Witch and Last Night In Soho.

Director Mark Mylod, best known for his work on Game of Thrones, Succession and Entourage, helms the project that sees Adam McKay (Don’t Look Up, Anchorman) serve as producer.

Even though the teaser offers little insight into what’s to come, it promises a taste like no other this Thanksgiving!

What are your thoughts on The Menu’s first teaser? Let us know in the comments section. 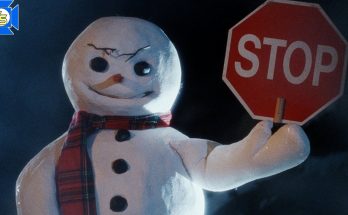