Today, we got confirmation on the show’s release date, which has been confirmed for March 6th, 2022.

Deadline notes: “The genre-bending horror-comedy series will debut Sunday, March 6 at 10 PM across all Starz platforms in the U.S. and Canada, and will air day and date internationally on StarzPlay across Europe, Latin America, and Japan.”

Led by Cox and Greg Kinnear, the series is set in the small town of Shining Vale, Conn.

The series is described as part family comedy mixed with an homage to classic horror. The show’s IMDB page details the following as its synopsis:

A dysfunctional family moves from the city to a small town after Patricia “Pat” Phelps (Cox), a former “wild child” who became famous through writing raunchy female empowerment novels, is caught cheating on her husband Terry (Kinnear). The house the family moves into is a place where in the past, terrible atrocities have taken place. Nobody seems to suspect anything odd except for Pat who’s convinced she’s either depressed or possessed. Pat has been sober for 17 years, but begins to feel very unfulfilled in life – she still hasn’t written her second novel, she can’t remember the last time she had sex with her husband, and her teenage kids have grown up to the point they don’t want their mother in their lives. But soon, the demons haunting the family’s new home begin to appear much more real. 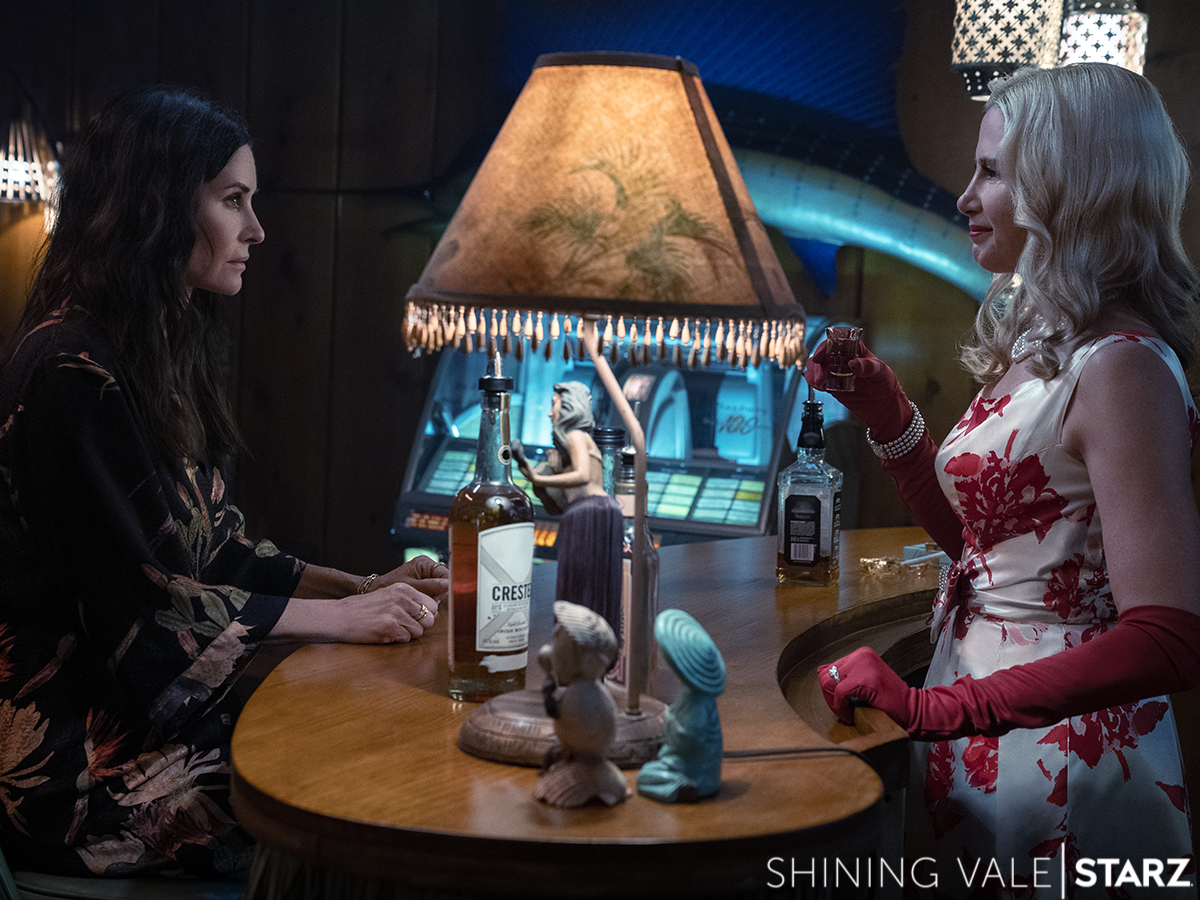