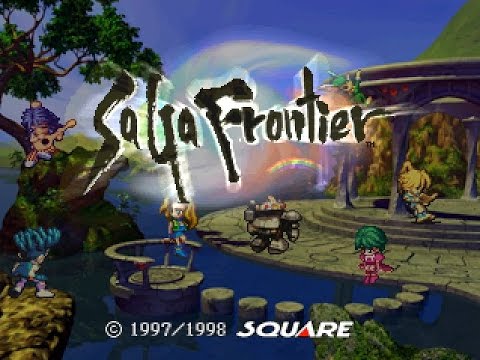 Originally released stateside in March of 1998, SaGa Frontier was a Square RPG that gave you seven different stories and let you tackle them however you saw fit. Each of the game’s seven stories features an outcast or misfit of some sort, thrust into an impossible situation.

The game had a relatively revolutionary method of storytelling called the Free Scenario System, with your main characters meeting a massive cast of support characters, some of which multiple main characters will meet and recruit. You form a team of five, develop their skills, build levels, and do other normal JRPG things like dungeon delving and side missions.

Gaining levels is an invisible background system that has stats randomly increase determined by your activity in the fight. Use a sword, you will probably increase Quickness and Strength. Use Magic, you may get a bump to Willpower, Psychic, or Charm depending on the spell school. You will randomly learn new skills based on the actions you take, with some characters learning different skills faster than others and some skills just won’t be learnable by some characters. 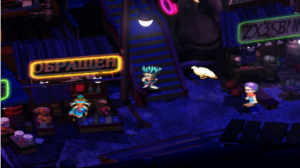 The world of SaGa Frontier is split up into regions. Travel between the regions is handled by visiting ports, or in the case of Blue, teleportation. The various realms range from the futuristic to the fantastical. Here is a small sampling of the kinds of regions you can visit: 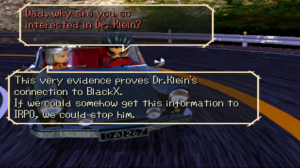 Your heroes are a varied and powerful lot. All of them are a cut above the side characters you can acquire and most possess unique abilities that others will never get. 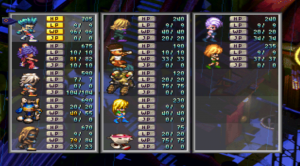 There are over thirty side characters as well, from a collection of monsters, mechs, mystics, and humans. Each with a basic focus at the start, but are widely customizable once they join your team. Some are unique to one character’s story, while others will feature in everyone’s. Some of the main characters can even join up as a side character!

Though initially met with lukewarm reviews, SaGa Frontier has maintained an enduring legacy. This has given it a re-release on the PSN store as a PS1 classic in Europe and other games in the SaGa series received remasters on various platforms over the last three years. SaGa Frontier joins those games this year with the release of SaGa Frontier Remastered on PS4, Nintendo Switch, and Steam. The remaster features slightly updated graphics, a host of new features, and an entirely new main story character with the IRPO Officer Fuse and his handy Blaster.

This game is one of my absolute favorites and I cannot wait for a new generation of gamers to check it out! You can get SaGa Frontier Remastered on April 15, 2021, digitally on the above-mentioned platforms.

What are some of your favorite games you would like to see remastered?