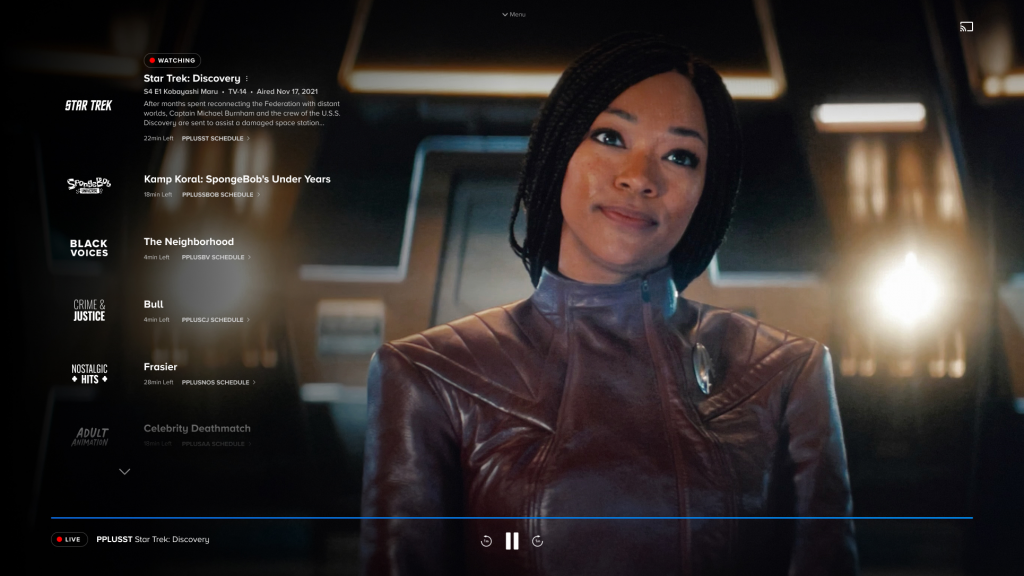 Paramount+ is taking streaming to the next level with its newest feature–Live Channels! Today, December 9, 2021, the streaming service has launched Live Channels on its mobile and desktop app.

Live Channels offer a selection of curated shows and film that fits into a specific category or theme. This feature allows viewers to watch what they want without the hassle of mindless searching.

Tom Ryan, President, and Chief Executive Officer, ViacomCBS Streaming, shared his thoughts on the new feature, “Even in the era of on-demand, there is clearly a strong consumer appetite for reimagined linear channels that provide effortless, lean-back entertainment.”

Here is a list of the initial channels being rolled out today: