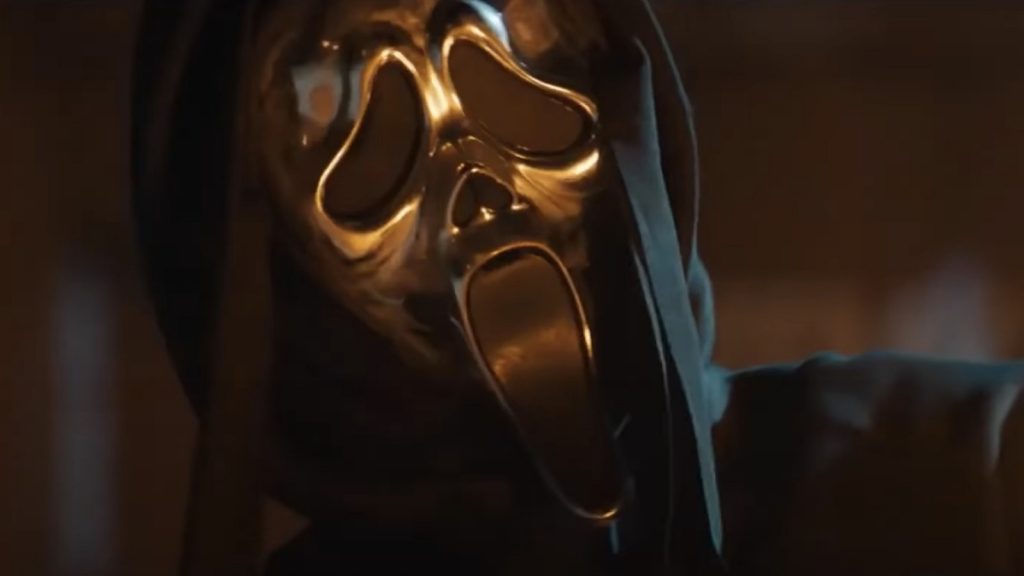 The Ghostface killer is back, and we don’t mean the rapper. He is Killah, not Killer.  However, since he is returning in 2022, he’ll need some modern upgrades to deal with today’s disgruntled youths. From the looks of the new trailer, we think he has found the right ones. Check out the trailer to see what we mean! (It’s fast, so don’t blink!)

We like it but what does BTS think of the flamethrower?

Woah, that’s a bit much.

Scream 5 takes place twenty-five years after a streak of brutal murders shocked the quiet town of Woodsboro, California. A new killer dons the Ghostface mask and begins targeting a group of teenagers to resurrect secrets from the town’s deadly past. The film also has Courtney Cox, Neve Campbell, and David Arquette reprising their roles from their time in the franchise.

Scream 5 will hit theaters on January 14, 2022, and also stream on Paramount Plus the same day.