Marketing for the upcoming Sonic The Hedgehog 2 release is heating up with three brand new character posters released today.

Each poster gives us a close look at the film’s three key animated characters – Sonic, his buddy Tails, and the debuting Knuckles.

Check them out below. (Click an image to open gallery) 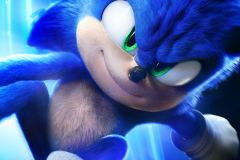 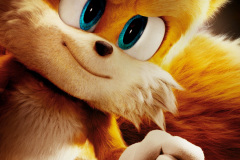 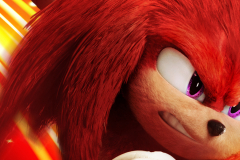 A synopsis for the films reads:

After settling in Green Hills, Sonic is ready for more freedom, and Tom and Maddie agree to leave him home while they go on vacation. But, no sooner are they gone, when Dr. Robotnik comes back, this time with a new partner, Knuckles, in search of an emerald that has the power to both build and destroy civilizations. Sonic teams up with his own sidekick, Tails, and together they embark on a journey to find the emerald before it falls into the wrong hands.

Initial reactions to the original Sonic The Hedgehog were mainly negative with early trailers panned by audiences. Sonic’s appearance was a particular point of criticism that lead to the production team redesigning the character. Surprisingly, the film was a hit, grossing $319 million at the worldwide Box Office. It was also well received by both fans and critics.

Paramount looks to have faith in the sequel as they have already began development on a third film. They are also reportedly planning a spinoff Paramount+ TV show centered around the character Knuckles.

The sequel to 2020’s live-action release will see Ben Schwartz return as the voice of Sonic. James Marsden will reprise his role as Tom, with Jim Carrey also returning as Dr. Robotnik. Colleen O’Shaughnessey will voice Sonic’s sidekick Tails, and Idris Elba will lend his voice to the debuting Knuckles.

Check out the film’s trailer below.