Netflix has released a new trailer for its upcoming Addams Family series, Wednesday – which you can check out below.

The series comes from the mind of Tim Burton and will see Jenna Ortega (Scream, X) star as Wednesday Addams, alongside Luis Guzmán who will play Gomez and Catherine Zeta-Jones who takes on the role of Morticia. Christina Ricci will also appear in the series, playing a different role. Ricci previously portrayed Wednesday herself in The Addams Family (1991) and Addams Family Values (1993).

Wednesday is described as a “sleuthing, supernaturally infused mystery charting Wednesday Addams’ years as a student at Nevermore Academy.”

“Wednesday’s attempts to master her emerging psychic ability, thwart a monstrous killing spree that has terrorized the local town, and solve the supernatural mystery that embroiled her parents 25 years ago — all while navigating her new and very tangled relationships.”

The trailer wastes no time in introducing us to Jenna Ortega’s Wednesday as she unleashes a swarm of piranha on a group of students accused of torturing her brother – an incident that causes her expulsion.

“The only person who gets to torture my brother is me.”  – Yeah, this is a Wednesday not to be messed with!

We then follow Wednesday’s journey to Nevermore Academy where she attempts to fit in with peers who understand her. Filled with quirky one-liners, rich Tim Burton visuals, and gruesome scenes, the first trailer promises an exciting watch full of mystery, mayhem, and murder.

Wednesday will premiere on Netflix this fall. 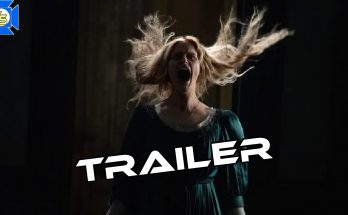