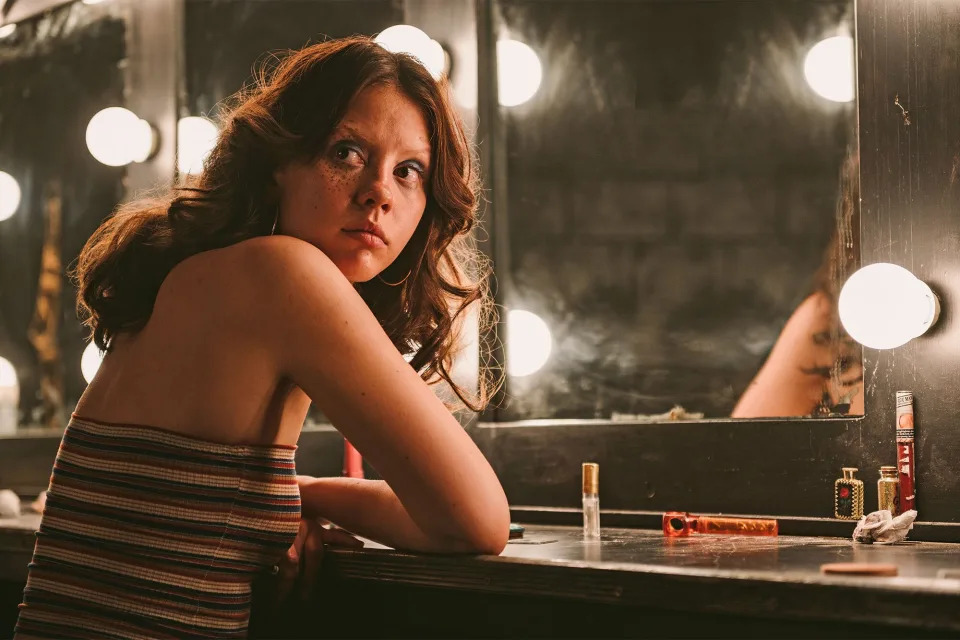 Ti West’s ‘X’ took the horror genre by storm in 2022, delivering a unique slasher film that delved into deeper thematic elements.  Faith in the project was evident, as work on the subsequent sequel ‘Pearl’ began even before ‘X’ hit the big screen.

Trust in what was to come was well placed, as both films were hugely successful and earned strong reviews amongst fans and critics, with both positioned at the top of many people’s Top 10 of the year.

Alongside the intriguing story and exploration of deeper themes, both films offered a rich visual presentation and amazing performances, with Mia Goth, in particular, delivering a stand-out performance that has many calling out for Oscar recognition.

Goth pulled double duty in X, playing both Maxine and the film’s villain, Pearl. She would then reprise the title character of Pearl in the character-driven sequel.

With both films delivering critically and commercially, news of a trilogy ending entry came swiftly as A24 (the studio behind each film) announced that MaXXXine would arrive in theatres sometime in 2023.

While specific plot details remain unknown, MaXXXine is set to follow the titular character as she continues to chase her dreams of fame and fortune in 1980s Los Angeles.

Speaking in a recent interview, Goth weighed in on the project, teasing fans about what they can expect from the next entry:

“It’s the best script of the three by far. It’s going to be the best movie of the three. We’re all so tight now. This is going to be our third movie we’re working on together and everyone’s coming back together, so it’s bringing the band all back together again. We just have a shorthand with each other. We know how everybody works and we’re all so excited. It’s the biggest story of the three with the highest stakes and Maxine has gone through so much at this point. So when we find her in this new world, she’s just a force to be reckoned with and she goes through some pretty wild adventures.”

Speaking more about her performance as Pearl, Goth explained how the character was the most difficult to play:

MaXXXine is set to hit theatres sometime in 2023. Check out the teaser trailer, below.