On December 10, 2020, Disney held its “Investor Day,” which is similar to its D23 events. On Investor Day, Disney releases information about upcoming projects related to its properties. Many felt that this year’s Investor Day would be small due to delays caused by COVID-19. However, this year, Disney decided to go full force with an unpredictable amount of information! This could very well be in retaliation to HBO Max’s massive release last week.

There is a lot for us to cover! 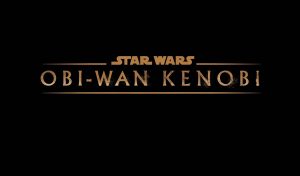 We will be getting lots of new stories from the galaxy far far away. Many of these stories will be told via series on Disney+.
Star Wars fans can look forward to these new shows: Ahsoka, A Droid Story, The Acolyte,  Rangers of the New Republic, Star Wars: Visions, Lando, Obi-Wan, Andor, and The Bad Batch.

One of the biggest surprises from the Star Wars news is that actor Hayden Christensen will be returning to the franchise via the Obi-Wan series.

If you thought all the rumors about who is going to be in Spider-Man 3 were mind-blowing, then you may not be ready for this news!

WandaVision is slated to hit Disney+ in January of 2021. It will be the first of the MCU shows to be available on the streaming app. Disney and Marvel have several other series slated in the future. Joining the MCU shows are I Am Groot, Armor Wars, Ironheart, Secret Invasion, Moon Knight, She-Hulk, Hawkeye, Loki, Miss Marvel, What If, and Falcon and The Winter Soldier.

Marvel Entertainment is not stopping at shows. They also announced their slate of feature films! Fans can look forward to these new films: Shang-Chi, Captain Marvel 2, Thor: Love and Thunder, Antman & The Wasp: Quantumania, Fantastic Four, Black Panther 2, Blade, Eternals, Doctor Strange 2, and Black Widow. Many of the films are scheduled for theaters in 2022.

Guardians of The Galaxy will also be getting its own Holiday Special.

In continuing with Disney’s trend of turning their animated classics into live-action films, they also announced four new films in the lineup. Peter Pan & Wendy, Pinocchio, Cruella, and The Little Mermaid.

As far as animated films go, we got another look at Raya and The Last Dragon and a sneak peek at Encanto, which takes place in Colombia.

Pixar announced that Buzz Lightyear will be getting his own movie called “Lightyear,” with Chris Evans voicing the titular character. Their new film “Turning Red,” about a girl named Mei who turns into a giant red panda whenever she gets too excited, will hit theaters in 2022.

Cars, Up, and Monsters Inc will all be getting spin-off series on Disney+

Besides the typical properties we associate with Disney, there were some announcements about other franchises that Disney owns.

We got a look at the new logo for Disney’s Percy Jackson and The Olympians.

Hocus Pocus 2 was officially announced and will be heading to Disney+.

Diary of a Wimpy Kid, Night at the Museum, and Ice Age will be getting new animated installments.

The Lion King will be getting a prequel film.

Cheaper by the Dozen will be getting a re-imagining, starring Gabrielle Union, and coming to Disney+ in 2022.

Zac Efron will star in the reboot of Three Men and A Baby.

Whoopi Goldberg will be returning for Sister Act 3.

Willow: The Series will be available on Diseny+ in 2022.

That was a lot of cool news! What has you the most excited? Give us your feedback in the comments and online.