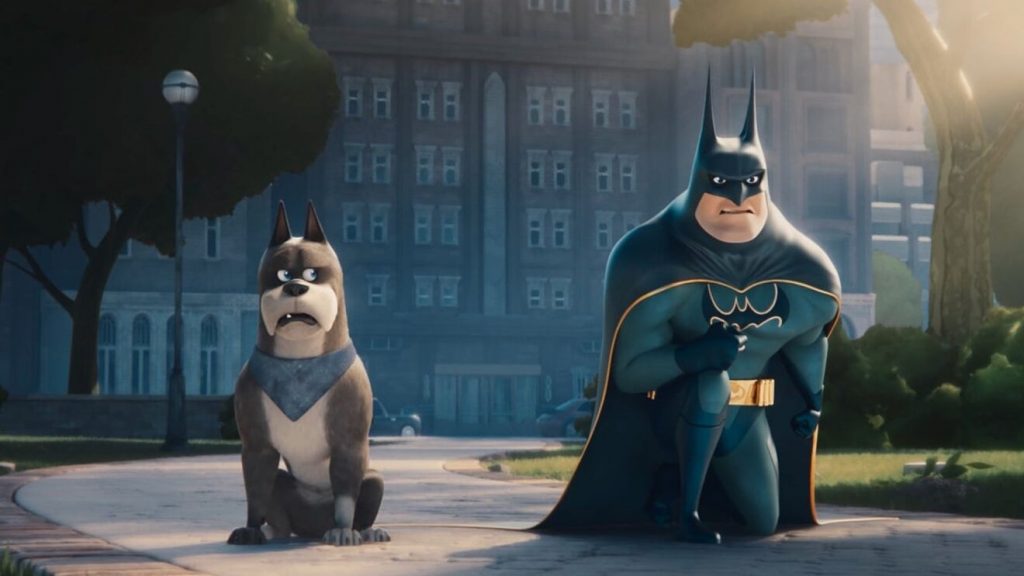 Batman works alone, or does he? A new trailer for  DC League of Super-Pets shows a dramatic introduction between Batman and Ace. Watch the hilarious trailer below!

If Batman’s voice sounds familiar to you, it should! Veteran fandom actor Keanu Reeves is the voice of Batman in this feature film. His voice lends itself to the theatrics and drama that is Bruce Wayne/Batman.

Here is the DC League of Super-Pet‘s synopsis:  “Krypto the Super-Dog and Superman are inseparable best friends, sharing the same superpowers and fighting crime in Metropolis side by side. When Superman and the rest of the Justice League are kidnapped, Krypto must convince a rag-tag shelter pack—Ace the hound, PB the potbellied pig, Merton the turtle, and Chip, the squirrel—to master their newfound powers and help him rescue the Super Heroes.”

The film will be released by Warner Bros. Pictures in theaters internationally beginning May 18, 2022, and in North America on May 20, 2022.