When I first heard about the upcoming K-Pop: Demon Hunters movie, my interest was immediately piqued. As a K-Pop fan, I’m excited to see the genre become more mainstream and continue to produce more global projects. The film will be an action-packed musical that follows a popular girl group having to balance their lives in the industry and their secret identities as demon hunters. It sounds like an adventure with an excellent musical score that will be full of catchy tracks.

I can’t wait to hear more about this project as it develops. In the meantime, if I had to pick a dream cast, here are some contenders that I would like to see playing the film’s leading ladies. 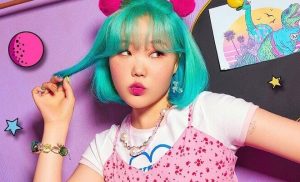 Lee Su-Hyun is not a part of any girl groups but is best known as one half of AKMU with her brother Lee Chan-Hyuk. I’ve been a longtime fan of the duo ever since they competed on the competition show K-Pop Star. Though AKMU’s songs tend to be a mixture of folk-pop and soul, Su-Hyun has shown a wide range of vocal capabilities. Her soulful side is my favorite, but she can sing so many different genres. She has a unique charm and has such a down-to-earth personality that makes her music so approachable to others. She has a clear, melodic vocal style that is perfect for a musical film. 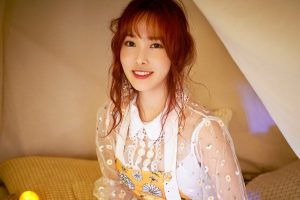 Yuju is the main vocalist of GFriend, a girl group that debuted back in 2015. They are a group that has tried out various concepts and has some of the most fantastic choreography I’ve seen in K-Pop. Yuju has done a lot of solo work outside her group activities, and in those performances, you can see the range of her singing abilities. She’s also done a lot of song-writing work and released many ballads for dramas and solo promotions. She’s one of my favorite vocalists in K-Pop, and she can hit some high notes, as seen in group performances on singing shows such as Immortal Songs. Just check out her live and acapella version of songs, and you can see Yuju shine. 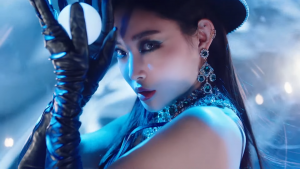 Last but not least, another dream casting pick is Chungha. Chungha finished the fourth competition survival show, Produce 101, becoming a member of the resulting girl group I.O.I. When I.O.I eventually disbanded, she debuted as a solo artist, and since then, she’s been topping the charts. What most people notice about Chungha is her overall charisma. She has a strong stage presence, and whenever she performs she commands the audience’s attention. She’s a talented dancer and singer, which makes her a good pick for any musical film. She’s experimented with many musical concepts, but I think the fierce side, like in her recent single Bicycle, is where she shines best. I always look forward to her new releases.

Which K-Pop vocalists would you pick for your dream cast? Tell us in the comments and on our socials!