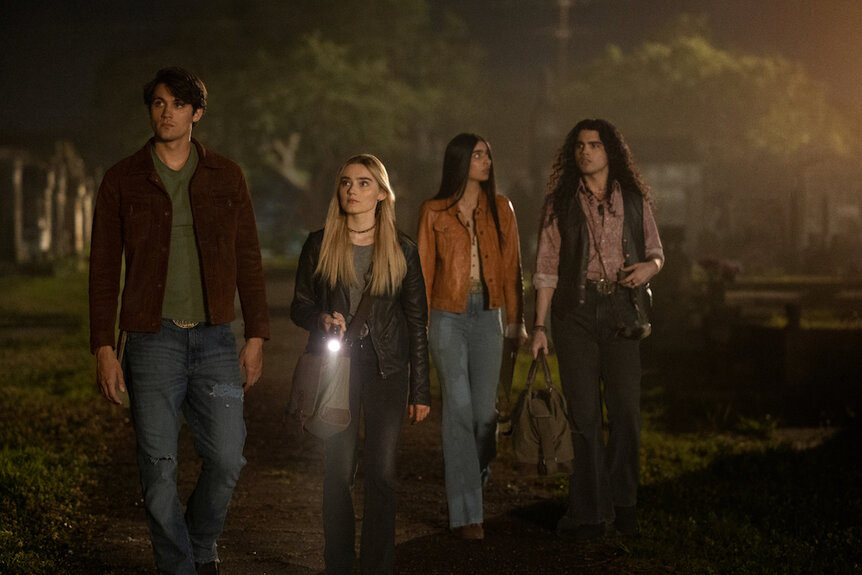 The Winchester Story… It’s Always Been A Mystery.

The CW has released the first trailer for the upcoming Supernatural prequel series.

The Winchesters tells the untold love story of how John met Mary, and how they put it all on the line to not only save their love, but the entire world.

Featuring Jensen Ackles’ narration as Dean Winchester, the trailer takes us back to 1972 to give us our first look at John and Mary Winchester as they begin their demon-hunting exploits together. Much like the original series, the story seems to focus on the search for a missing father, with Mary the one who is leading John into the Supernatural world.

Filled with plenty of action, romance, and hints of Supernatural canon, the first look at the series gives fans an exciting glimpse of what’s to come.

How the series will be structured is unknown, but the trailer seems to indicate we will see more of Dean as he unravels the truth about his parents. But will he be the only fan-favorite character making an appearance?

Comparisons between both shows will be made, but Ackles has noted that The Winchesters will have its own feel. “It’s going to be a period piece, it’s in the 1970s… so it’s going to have a different look.”

While filming for Supernatural took place in Vancouver, the pilot for The Winchesters was filmed in New Orleans (where the series will continue to film). Ackles adds that this change in location gives the series “a whole different tonal quality, that gives it a vintage look.”

Ackles’ wife and fellow executive producer Danneel Ackles added that the series will also take a cue from Supernatural and make use of classic rock n’ roll music.

The Winchesters will premiere in the fall on The CW.