Netflix has released the first official trailer for Guillermo Del Toro’s Cabinet of Curiosities – which you can check out below.

The series, which comes to us from the visionary filmmaker and Oscar winner, will bring us a collection of unprecedented and genre-defining stories that are set to challenge our traditional notions of horror.

From macabre to magical, gothic to grotesque or classically creepy, the eight sinister tales — including two original works by del Toro — will be brought to life by a team of writers and directors personally chosen by the Shape of Water filmmaker. Directors from acclaimed horror movies like The Babadook, Splice and Mandy will each helm their own episodes.

“With Cabinet of Curiosities, we set out to showcase the realities existing outside of our normal world: the anomalies and curiosities. We hand-picked and curated a group of stories and storytellers to deliver these tales, whether they come from outer space, supernatural lore, or simply within our minds,” said Del Toro in a statement. “Just in time for Halloween, each of these eight tales is a fantastical peek inside the cabinet of delights existing underneath the reality we live in.”

The series will debut on Netflix on October 25th. Two new episodes will then debut daily until the final two land on October 28th.

A rundown for each episode, as well as the official trailer, can be viewed below.

Dreams in the Witch House:

David Hewlett (The Shape of Water) stars in an episode based on a short story by Henry Kuttner and directed by Vincenzo Natali (In The Tall Grass).

Tim Blake Nelson (Watchmen), Elpidia Carrillo (Predator), Demetrius Grosse (Fear The Walking Dead) and Sebastian Roché (The Man in the High Castle) star in an episode written by Regina Corrado (Deadwood),  based on an original story by del Toro, and directed by Guillermo Navarro (Godfather of Harlem).

Ben Barnes (Shadow and Bone), Crispin Glover (Rivers Edge), and Oriana Leman (The Whale) star in an episode written by Lee Patterson (Curve), based on a short story by H.P. Lovecraft, and directed by Keith Thomas (Firestarter).

F. Murray Abraham (Amadeus), Glynn Turman (Ma Rainey’s Black Bottom), and Luke Roberts (Ransom) will appear in an episode written by David S. Goyer (The Sandman), based on a short story by Michael Shea, and directed by David Prior (The Empty Man).

Essie Davis (The Babadook), Andrew Lincoln (The Walking Dead), and Hannah Galway (Sex/Life) star in an episode written (based on an original story by del Toro) and directed by Jennifer Kent (The Babadook). 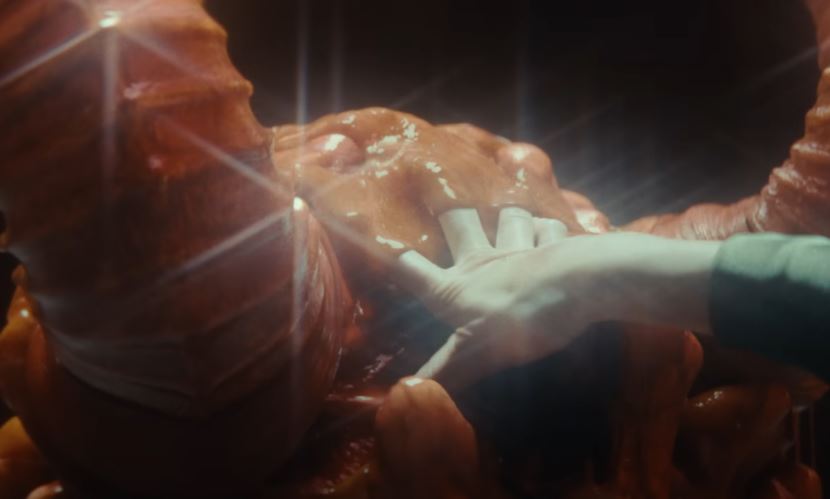