It’s not every day that Jerome is overshadowed in an episode of Gotham. But by jove, they’ve done it.

Poison Ivy suspects Wayne Enterprises may be damaging Gotham’s green, and she’s out for blood – including Bruce Wayne’s. Meanwhile, Penguin clashes with Jerome in Arkham Asylum, and Jim Gordon receives a message from Sofia Falcone.

Following last week’s episode where Peyton List debuted as the new Ivy Pepper, ‘A Beautiful Darkness’ gives us a more comprehensive look at Poison Ivy. While last week we speculated that maybe List wasn’t really Poison Ivy, it seems the evidence is stacking up in favour that she is – with or without the name Pamela Isley attached.

By a bit of a coincidence, it’s worth noting that both live action (baby) Batman, and comic book Batman are tackling a Poison Ivy arc at the moment. There are quite a few similarities between the two storylines too, in terms of tone and what Ivy’s schemes are.

However, their similarities also make it hard not to compare Gotham’s final product against that of a critically acclaimed comic book series. While Gotham may not be able to reach Everyone Loves Ivy‘s scope, for the most part, it does keep up with the quick-witted, fun writing – particularly in some scenes involving Jim Gordon and Selina Kyle. What will remain to be seen is whether the show can compete with the book’s emotional depth too. You can read our review for Batman #41: Everyone Loves Ivy here.

Though Gotham episodes may have their ups and downs, David Mazouz continues really coming into his own as Bruce Wayne. Picking up steam that’s been missing ever since Ra’s exited a couple of episodes ago, ‘A Beautiful Darkness’ redeeming qualities are – no surprise – indebted to Bruce’s arc. Progression came in the form of an exciting, first ‘real’ encounter between Bruce Wayne and Ivy as a villain. The duo had a great dynamic, though I think I speak for everyone in saying the their lip lock (the one spoiled in the trailers) was plain weird. David’s still 17, whereas Peyton’s 31. Yikes.

As this is a spoiler-free review, I won’t get into any more the specifics regarding Bruce, however, lets just say that a future dynamic between Poison Ivy and himself isn’t the only thing a young Bruce Wayne gets a glimpse of.

When we last left Penguin, he was being thrown back into Arkham Asylum for “killing” his protégé, Martin. Oswald is locked up amidst the likes of Jerome Valeska (the guy we refuse to believe is not the Joker, despite everyone telling us otherwise). Recently, David Mazouz had this to say on the subject:

“[Jerome] is not the Joker, that’s all I’ll say. He’s definitely the inspiration for the Joker and the way that the Joker comes into the show, for me, is one of the most brilliant things Gotham has ever done.” (Discussing Film)

That being said, Jerome and Penguin’s tense relationship does resembles Joker and Penguin’s comic book one quite a lot. As common with most Gotham rogues, Joker’s anarchic methods usually sit wrong with Penguin (despite being quite the animal himself *ba dum tss*). Perhaps their antics will spark another rivalry between antagonists on the series, in the vein of Riddler and Penguin’s war last season.

While ‘A Beautiful Darkness’ was a witty, entertaining episode, it wasn’t without flaw. The episode could have done a better job at conveying the urgency and weight of certain scenes, and Jim and Sofia’s conflict still feels a little repetitive. Additionally, despite how excited we all were for a caped crusader teaser, the scene’s execution does come across as rather campy. The episode also has some clunky transitions, which may be a symptom of having to write around commercial breaks. Hopefully, the Gotham creative team finds better way to work around the medium’s limitations in the future, because the series as a whole is shaping up to be something special.

‘A Beautiful Darkness’ is a charming, funny episode with great characters and a campy vibe. 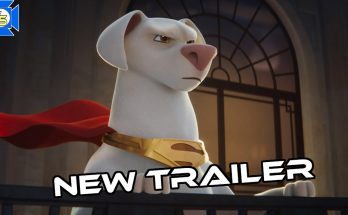 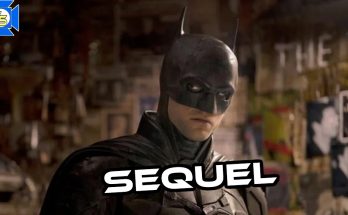 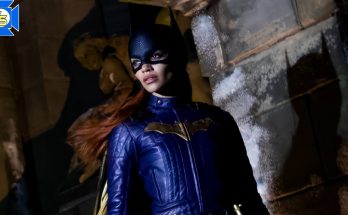 View all posts by Kezia Holland →