Several Ghostbusters cosplay groups are uniting to oust Eric Hollis, someone who they claim has been using a fake group account to harass women and collect donations. He claims to represent a cosplay group known as the Second City Ghostbusters.

If you’ve ever attended a comic convention of any size, you’ve likely seen cosplayer groups with their own tables, usually raising funds for various charity and community causes. One fandom well-represented is Ghostbusters, with groups all over the country dedicated to the franchise. Some are even syndicated by Sony Ghost Corps as licensed representatives. While not strictly regulated by Sony in the same way Disney monitors official Star Wars groups, these certifications add to respective groups’ reputations. Some certificates have been awarded in person by producer Ivan Reitman, while others have been obtained by filling out an online form. There are many legitimate groups without this certification, and those with and without are largely known for running food drives, visiting children’s hospitals, and performing other community work.

While there are many groups doing fine work, it is easy for anyone to masquerade as such a group online. Three certified Ghostbusters groups have accused Eric Hollis of doing just that. They state that he uses his account, known as Second City Ghostbusters, to target and harass female cosplayers.

One cosplayer, who asked to only be referenced by her first name, has provided us with her story of harassment by a man she believes to be Hollis.

“My name is Rachel and I had an unpleasant experience with a man at a summer north East experience. I was, at the time, still only 17 years old and my mom and sisters came with me to this convention so that I could attend a concert that I wanted to see and meet some of my online friends. This convention is very adult oriented and my cosplays for the weekend were Wonder Woman, Catwoman and Poison Ivy. I had a minor’s convention badge and I made sure that my cosplays were not very revealing at the time. A man approached me with his camera and his iPad, on Saturday when I was Catwoman, and he asked if he could take pictures. Even though I explained to him that I would feel better if he had a press pass, he insisted that he was just going to take a couple of pictures. He took three pictures and when I asked to see the pictures, he said “no, I don’t show them out until they are edited.” And he walked off. The next day I was Poison ivy and he came up to me again but this time he had no camera and he said he represented a group called Secondcity Ghostbusters Group and that he wanted to interview me for the group. I politely said no but he grabbed my arm and said He needed my pictures for his group because I was sexy. Again I said no. (Anonymous Friend) was a stranger at the time and he and his boyfriend came to stand up for me because when they said that I was underaged he started to blame me for bothering him for pictures. Long story short, i was 17 and harassed by a man who was clearly only there to harass women.”

Tom Gebhardt of GCNJ : Ghost Corps New Jersey has given us the following statement.

“From my first encounter being acquainted with Eric Hollis, he was a solo, one man team. He never participated in any charity functions, conventions or events. He has no uniform and or gear. He operates ‘second city ghostbusters’ social media accounts. But since 2015/2016 he is the only one posting pictures of himself, never in any ghostbuster gear, uniforms, or with any ‘members’ he often got himself in trouble within the ghostbusters community by means of intellectual theft of logos, artwork and the like, and that’s where things went down the fire pole. Many ghostbusters and ghostbuster franchises local to his area and abroad started confronting his devious ways and began banning him from multiple group pages. All of whom also stated he was a one man ‘shit show’

“Someone in one of the gb community forums had created some custom designed logos, Eric then took it upon himself to copy it and then change colors and claimed it wasn’t theft. Then Eric began shit talking and making false allegations toward myself and my franchise after I confronted him on the theft of the artwork he stole being I was an admin for the community group page.”

Ghostbusters: Chicago Division also stated Hollis “has a habit of “spam friending” people and then sending inappropriate messages to select females that he finds.” and “He recently has done similar things to other women.”

On December 26th, while under the belief Hollis was one member of a larger group, the author of this article shared screenshots of inappropriate messages she received on Instagram from the Second City Ghostbusters account. These were shared on her personal Facebook account in the hopes that another member of Second City Ghostbusters would be made aware that someone calling themselves “Eric” was misusing the account. 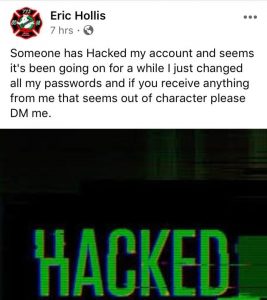 The same photos were later posted on a public account for sharing purposes. Mr. Hollis soon became aware of this post, and reacted by making his own post on his personal account, the opening of his caption claiming “Someone has Hacked my account and seems it’s been going on for a while.”
A comment from the Second City Ghostbusters page also appeared, stating he’d been removed from the group and asking that the posts about him be deleted. Multiple people replied that this comment looked suspicious, and it was deleted soon after. Gebhardt has since stated that “Every time Eric gets caught or these incidents surface, he claims his account was hacked.”

We reached out to Mr. Hollis for comment; he refused to volunteer a statement and threatened an unactionable legal response to anyone reporting on this story.

It’s important to keep in mind that there are many legitimate cosplay groups doing charitable works. In some rare cases, there are groups that misrepresent themselves, but the majority are trustworthy. It’s not our place to say who should and should not be supported, but as with any charitable organization, you should do some research. Check their track record and reputation before donating or working with them yourself.

In the interest of full disclosure: The author of this article is one of the cosplayers who received inappropriate messages from the Second City Ghostbusters account but has focused on the factual events and accusations leveled by others, not her personal experiences, which are mentioned as they led to other relevant events. 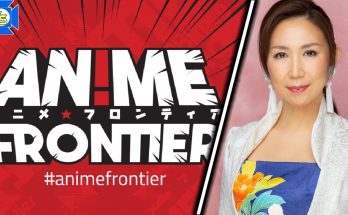