Marvel and Star Wars have dominated much of this week, but there are plenty of important events to cover.

Some Upside Down Crossovers

As if Stranger Things couldn’t get more 80s, a new product crossover was announced this week. Coming from the toy company Loyal Subjects, is a Stranger Things Garbage Pail Kids line. Featuring such figures as WaffELLE and DemoGORDON, this crossover will definitely turn your Stranger Things swag collection Upside Down. What’s next, a Sonic-themed HedgeHOPPER? You can pick up your own trashy collectible at Walmart today! 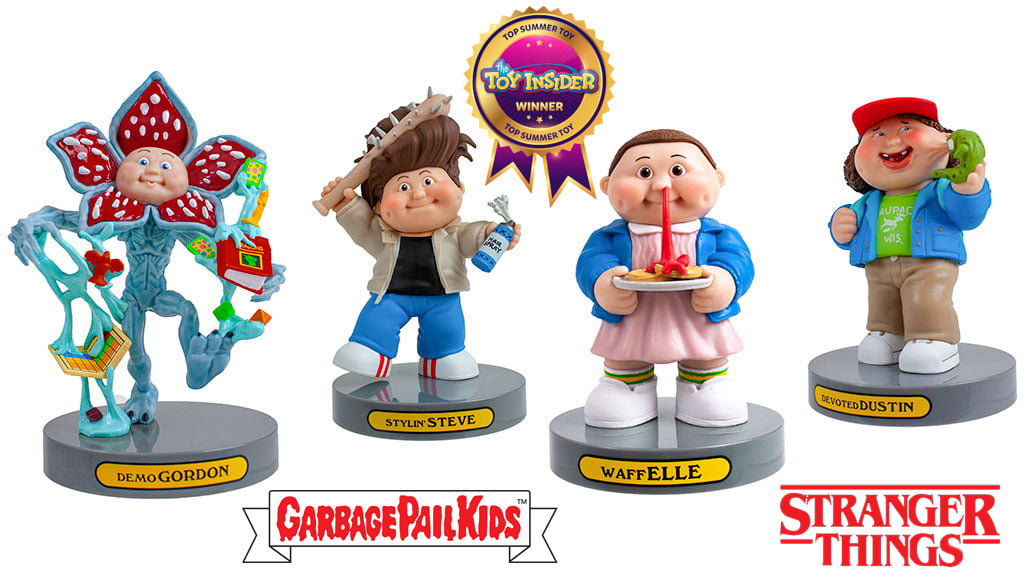 From 80s icons to iconic designs, MAC Cosmetics started showing off their upcoming Stranger Things makeup sets. With gorgeous colors themed after the Upside Down and Hawkins high school colors, you can look good for your date with destiny. Vecna himself would benefit from these marvelous pigments.

Netflix seems to be dominating the news this week, from products to production, we have some trailers surfacing.

First up is the teaser for the upcoming season of Cobra Kai. Chaos seems to be coming to the valley, as the status quo continues to be shaken up. Trips down south, franchising, and team-ups galore in the teaser you can check out here.

Blink and you’ll miss the next one. We got a fast teaser for the upcoming Sonic Prime series from Netflix. Check out the clip below while you catch your breath.

From Netflix to comic flicks, we got a circulating rumor about the future of an upcoming DC film. According to That Hashtag Show, the announced Wonder Twins film has been scrapped before it started in earnest. We’ve yet to get more info in the form of an official announcement, but it looks like this could be a bucket of cold water on the project. Well, that was a depressing break from Netflix, but we’re back with news about an upcoming Witcher project. The streaming half-giant appears to still be buying up all the intellectual real estate on The Continent. A title has been circulated this week about an upcoming second Witcher anime movie. After the amazing Nightmare of the Wolf, which chronicled Geralt’s adopted father Vesimir and the fall of Kaer Morhen, we’re getting a second film titled The Witcher: Sirens of the Deep. We don’t know more than that right now, but it’s a mysterious title that sings a deep tale. Farewell To A Marvelous Titan

We round out the roundup with a fond farewell. Famed comic illustrator George Pérez passed away this past week, aged 67. George lent his considerable talent to some of the biggest runs in comic history. Influencing both DC and Marvel, George has created some of the most iconic versions of our favorite heroes and villains, while maintaining a love for comic fans that translated to every aspect of his work.

Many took to Twitter to remember George and say goodbye to this titan of the comic industry. They always marveled at his presence and how much they’ll miss him.

RIP George Pérez. We will miss you. pic.twitter.com/u3CfzzXZ0i

Remember George Perez the way he’d want to be remembered: as someone with endless love for the characters he created and drew, and who never hesitated to share that love with the fans

His work on Teen Titans and others has inspired so many. Comics fandom won’t be the same now. pic.twitter.com/JkZmrgihOL

We here at Fandom Spotlite echo that sentiment and will cherish the impact he had on the medium, both as an artist and as a person. Thank you, George.