Hi Fandom Fans! We made it through another month and another season. With warmer days on the horizon, it looks like the world of fandom is also looking to turn up the heat. We compiled the hottest stories from the week for this roundup! So, if you can’t stand the heat, you may want to turn on the AC before reading.

TO WATCH THIS ARTICLE IN VIDEO FORM, CLICK HERE!

This week there were many casting announcements for upcoming projects. Let’s see how you feel about these casting choices. 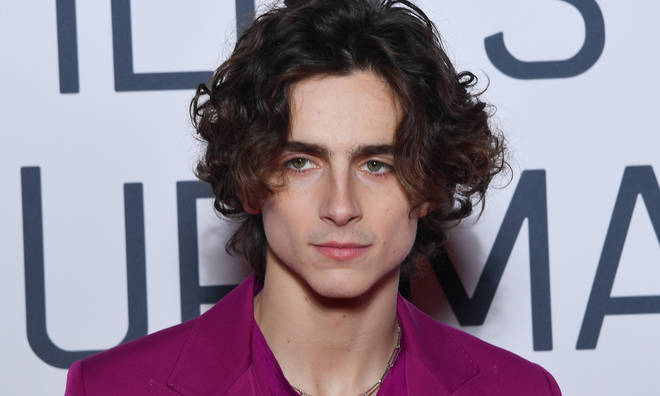 If you been dying to know how the Candyman Willy Wonka got his start…again… you’re in luck. Warner Bros. announced that Timothee Chalamet will be playing a younger Wonka in a new origin film. We are guessing this origin story will be different than the one introduced in Charlie and The Chocolate Factory.

Many actors have been rumored to play Spider-Man villain Kraven The Hunter. The list includes A-Listers Keanu Reeves, Adam Driver, and John David Washington. Well, just like the famous line, “You either die a hero or live long enough to see yourself become the villain,” Aaron Taylor Johnson will go from hero to villain as Kraven The Hunter. Johnson will start in a solo spin-off film slated to be released on January 13, 2023. This will be Sony’s third Spider-Villain solo film scheduled. We already have Venom, then Morbius, and lastly Kraven The Hunter. Whether they will ever interact with Tom Holland’s Spider-Man remains to be seen.

Christopher McDonald as a Secret

Fandom Actor Christopher McDonald will be joining the cast of the Marvel & Disney+ Secret Invasion series. What is his role? Well…it’s a secret. He could be playing a human, a Skrull, or voicing a CGI character. With McDonald’s past work on Star Trek, maybe he will be playing someone in space.

The Eternals Finally Grace us With Their Presence.

This week Marvel released their trailer for The Eternals. This is one of Marvel’s most ambitious films as The Eternals are not well known by casual comic fans, even though they are the universe’s most powerful beings!  The Eternals arrives in theaters on November 5, 2021. Over a decade of films, they have never interfered, until now. We have one question but we’ll let this Tweet ask it for us:

Okoye finding out about the Eternals pic.twitter.com/dThfCu0lje

A Glimpse of the Uncharted.

Just like in the Uncharted games, Sony left clues in a video it posted online this week. The video, titled “The Voices of Sony: Employees,” gives us a glimpse of Tom Holland and Mark Wahlberg, who are starring in the live-action adaptation of Uncharted. Uncharted follows Nathan Drake, an Indiana Jones type, going on adventures across the globe. Tom Holland and Mark Wahlberg definitely look the part but will this film suffer from the video game movie curse? We’ll have to wait until February of 2022 to see if Nathan and Victor can survive.

Oh, The Places You Will Go…in Your Skechers.

Do you want to travel in style? You’ll need comfort if you’re walking for a while. This whimsical collab features shoes and sneakers that are neat. They are a perfectly perfect treat for your feet! As the rhyme implies, Skechers has collaborated with the beloved Dr. Seuss series of books. This collection includes designs from The Cat in The Hat, Horton Hears A Who, Green Eggs & Ham, and Oh! The Places You’ll Go. There are shoes for fans young and old, but hurry and buy a pair before all are sold.

Scooby-Doo & A Reunion Too

Over the past year we have been treated to many reunions: The cast of Friends, The Fresh Prince of Bel-Air, The Nanny, Fraiser, and even Taxi. How do you think a cartoon reunion will work? The CW is working on a reunion special for Scooby-Doo. Though Mystery Inc. has been in business for 52 years, so we have to ask, “do they really need to reunite?”

Banking on a Red Queen

A Queen will be crowned but it’s not all glitz and glamour. Streaming service Peacock is in development for the Red Queen, a drama based on the best-selling YA fantasy novel by Victoria Aveyard. The Hunger Games’ Elizabeth Banks is set to play a major supporting role and direct the potential series, which she and Max Handelman are executive producing through Brownstone Prods. Fans of the YA novel have been wanting the series to be adapted since other YA novels like Twilight, The Hunger Games, and Maze Runner were adapted into films. Sparkling will be more appropriate in the Red Queen than in Twilight.

JJ Abrams Ready to Jump in for Portal

Another video game ready for a live-action adaptation is Portal. Portal is a series of first-person puzzle-platform video games developed by Valve and set in the Half-Life universe. Director/Producer/Screenwriter JJ Abrams is in active development at Warner Bros with a script in the works. No other details are known presently but we’ll keep you updated.

Samuel E Wright Passes Away at 74

Samuel E. Wright is most known for voicing Sebastian the Crab in The Little Mermaid. This week, the man behind the iconic voice has passed away at the age of 74.  News of his death comes from the official Facebook page for Montgomery, New York, the town where he lived. We at Fandom Spotlite send our condolences to his family, friends, and fans.

Eric Carle Passes away at 91

It’s safe to say that at some point everyone has read one of Eric Carle’s books, likely his bestselling book The Very Hungry Caterpillar. The beloved author passed away this week at the age of 91. Eric’s son, Rolf Carle, told the New York Times the famous author died at his summer studio in Northampton, MA, as a result of kidney failure. We also send our deepest condolences to Carle’s family, friends, and fans.

That completes the news for this week! For our last one for the month of May, it brought all the heat. What story will you be sharing at the family BBQ this weekend? Remember to stay safe out there and we’ll see you next week!

Become a Super Sleuth at The Scooby-Doo! Mansion Mayhem Exhibit