Cosplay Group Spotlight is an article series where we will be reporting on cosplay groups that support various charities and good causes.

“I just get this feeling if pure joy and happiness at charity events. You see children going through some pretty hard adult type problems or illnesses and they still manage to smile when they see us. That makes me happy, gives me strength and reminds me that even when I have it bad there’s always someone who has it worse and to be grateful and look for the positive even on my bad days.” Jamila Howard is one of the five founding members of the Philadelphia Avengers. Her passion for the underprivileged is matched by all the founders of this group.

The Philadelphia Avengers are an up and coming cosplay group that have been featured at Retrocon, Great Philadelphia Comic Con, and Awesome Con, among others. However, this is more than a cosplay group, this is a family. They often refer to each as brother, sis, twin. When a new recruit is announced, they’re always greeted as welcome to the family! Tina Menginie, a current member, talks about how accepting they are. “I can be my weird self and know they won’t reject me or judge me,” she marvels. Several other members know that when they are in a crisis, their Avenger family will come through with loans of money, emotional support, help with costumes, or whatever else is needed. 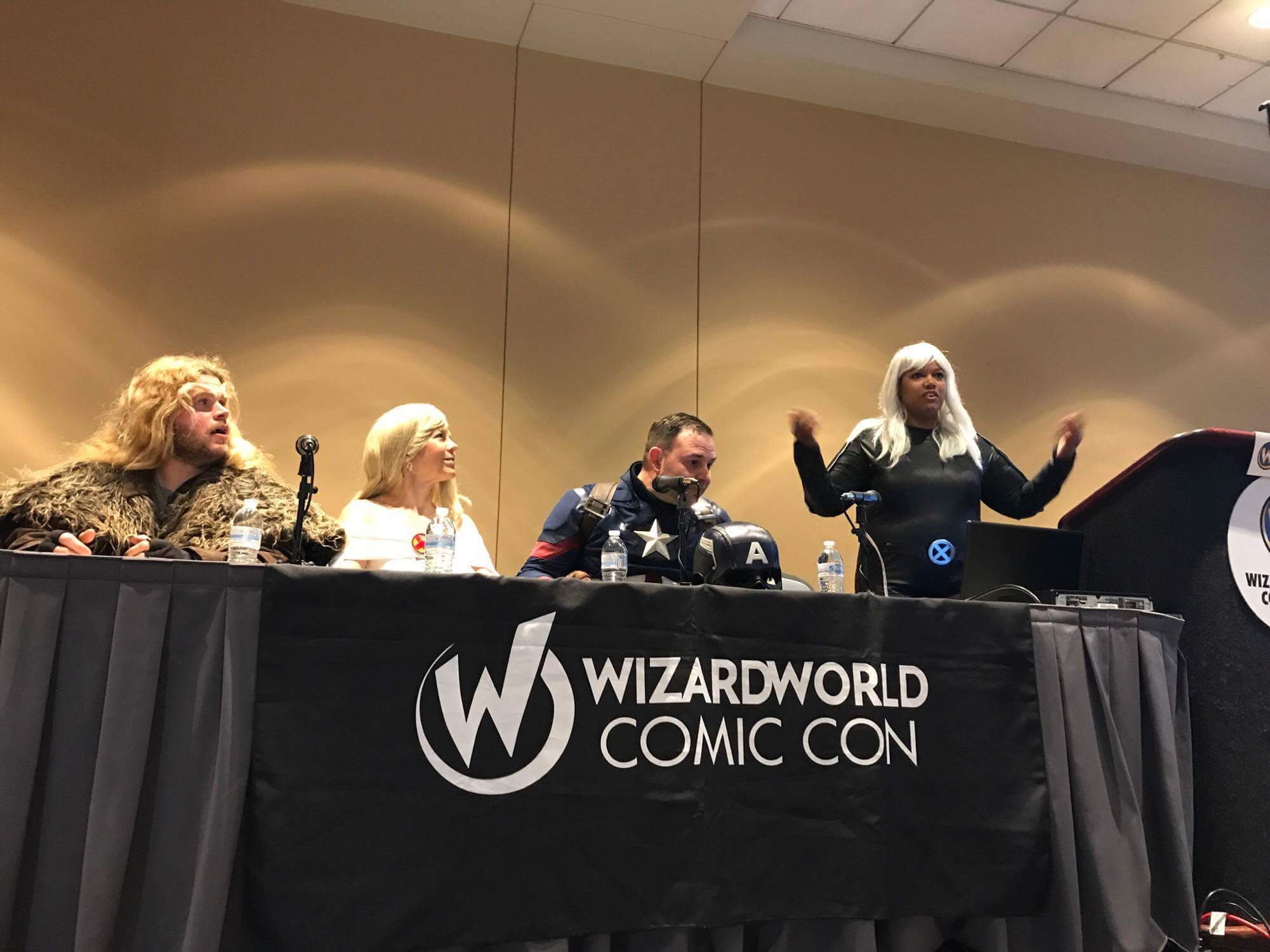 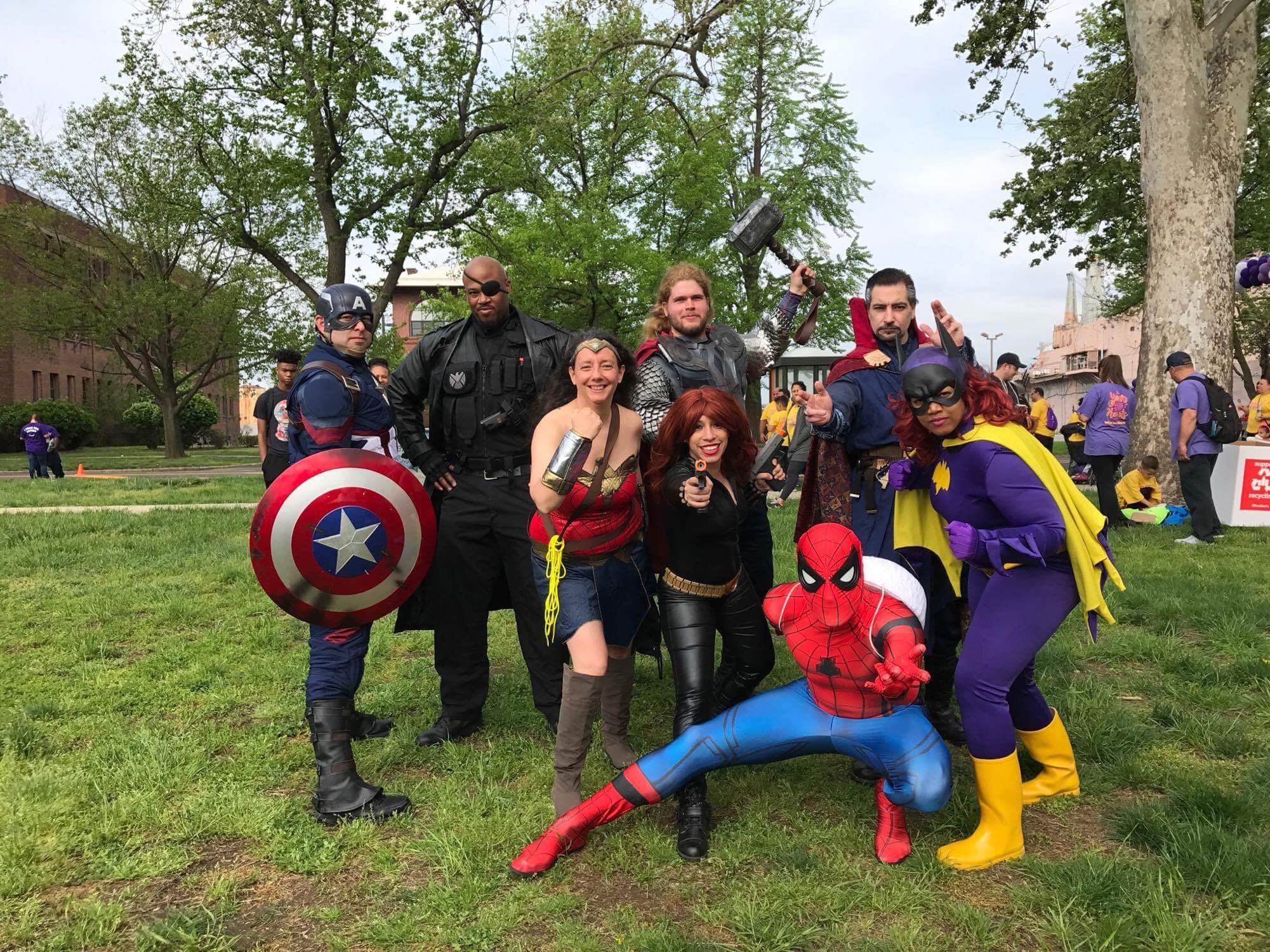 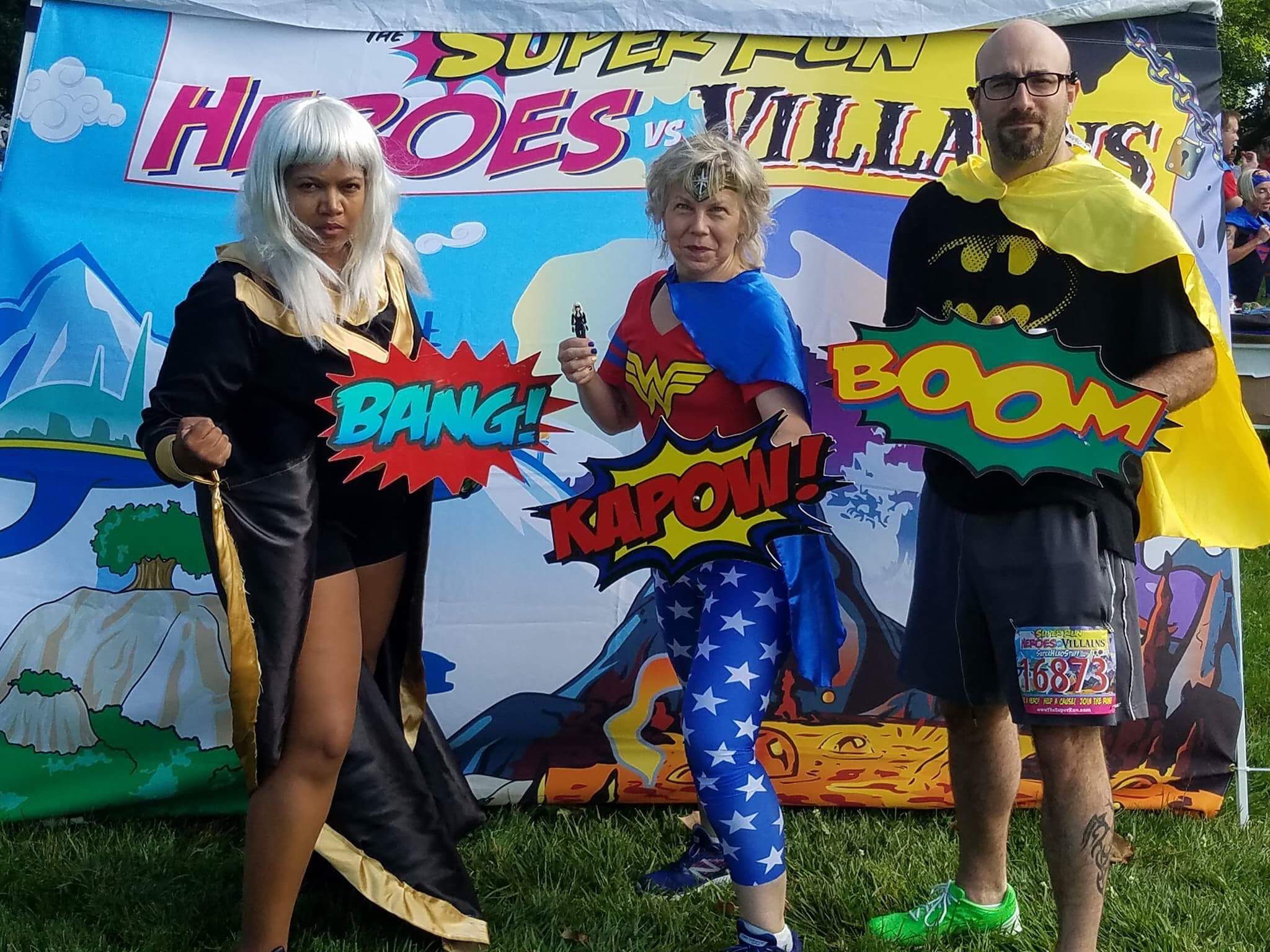 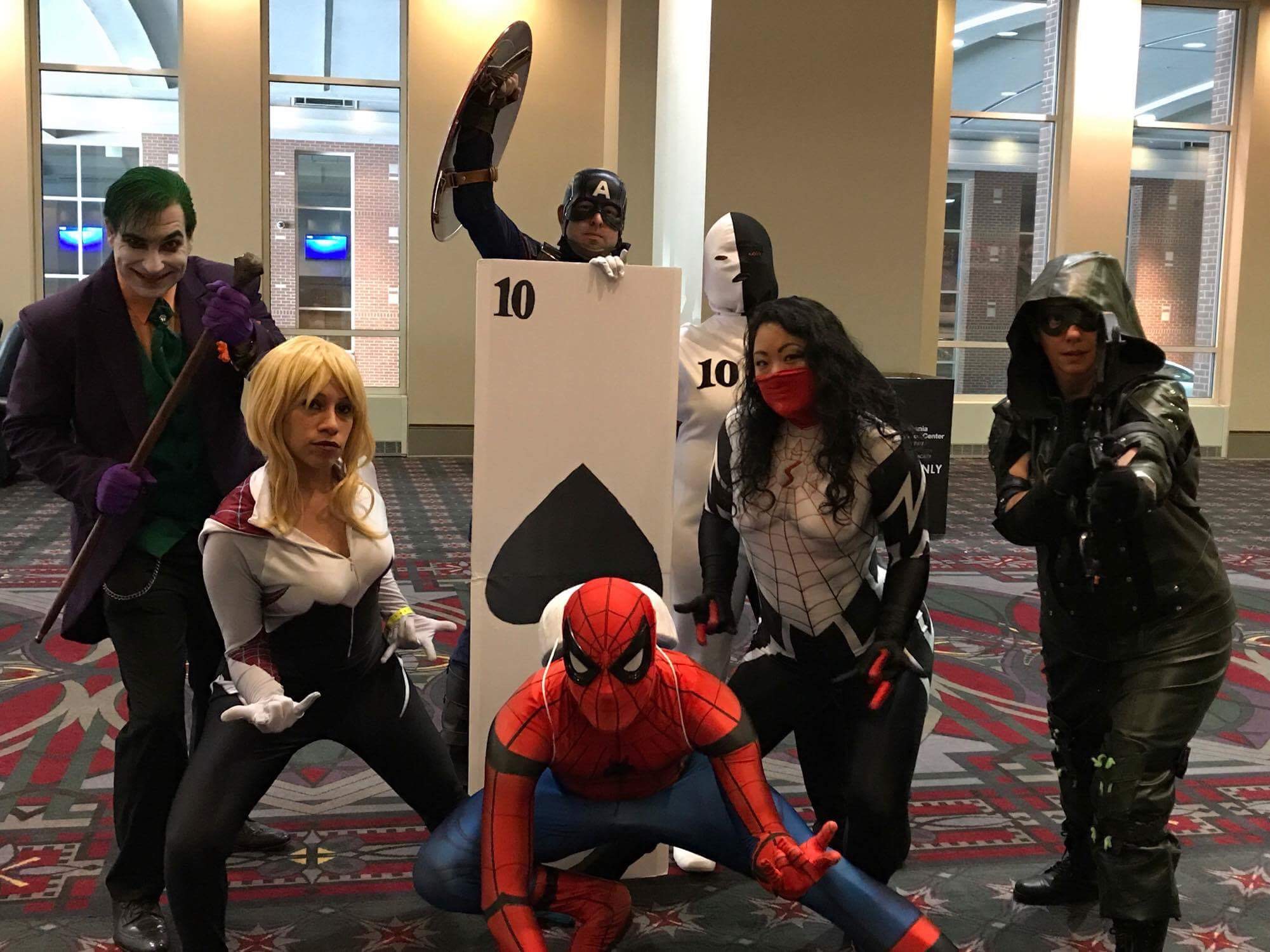 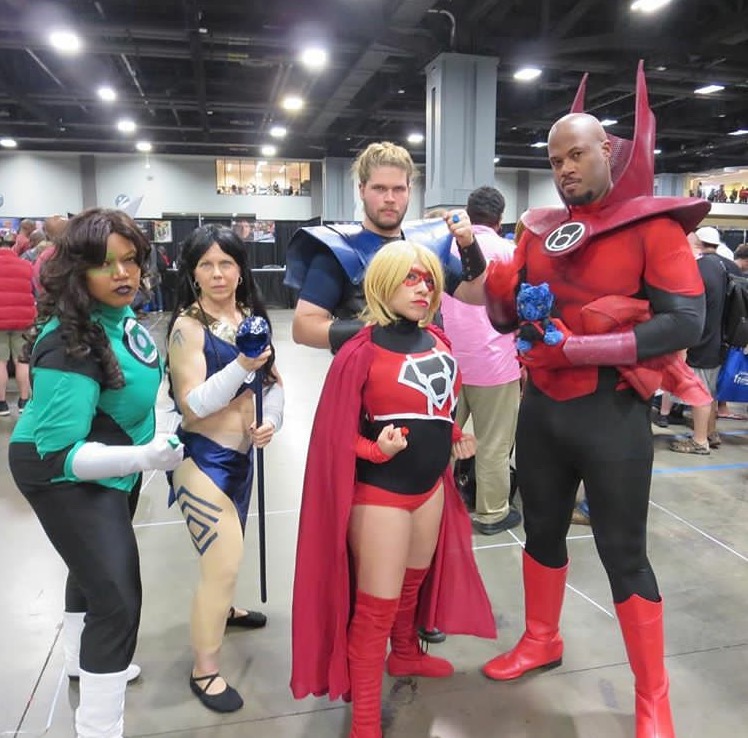 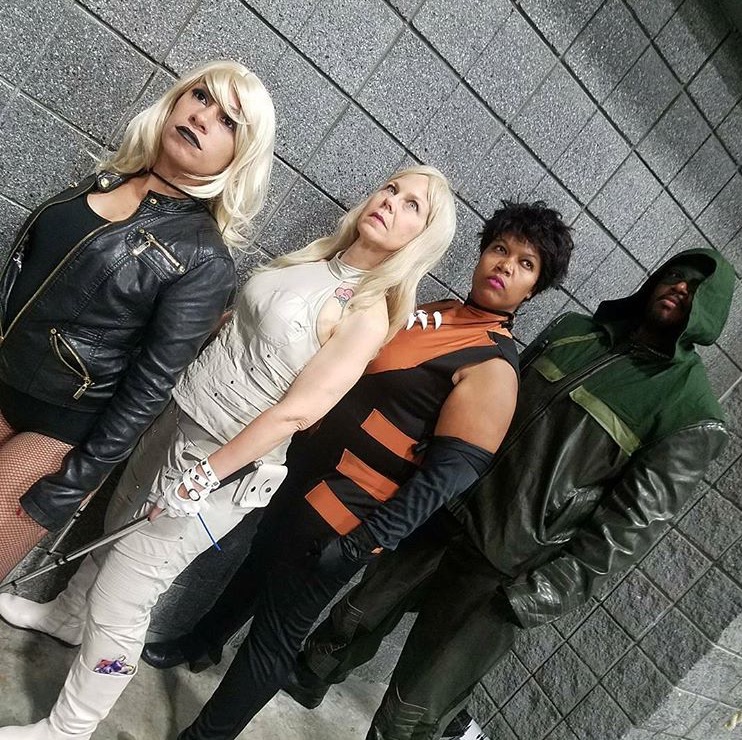 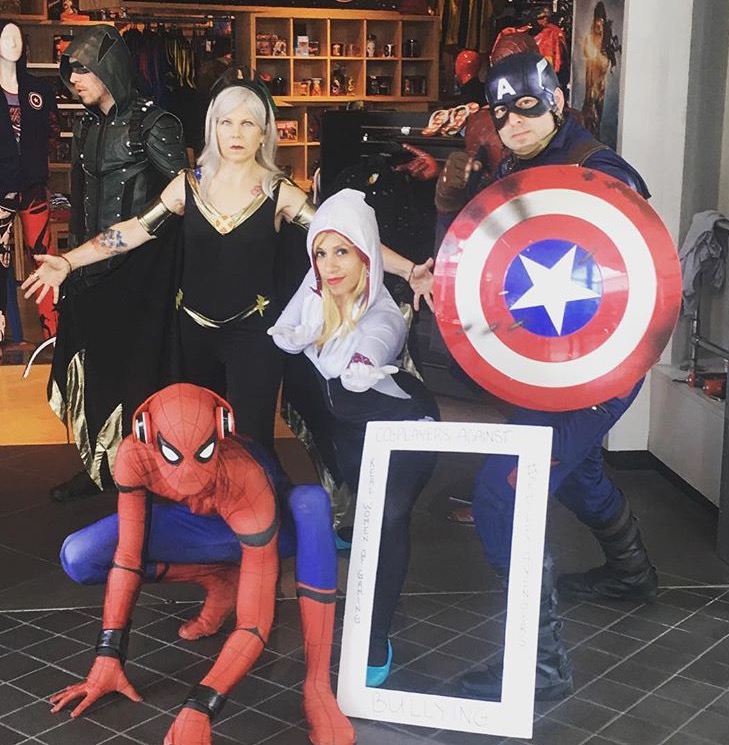 The story of the Philadelphia Avengers began with a group of five cosplayers; Shaun Oliphant, Kevin DiPlacido, Nicholas LeVasseur, Jamila Howard, and Sarah Palamino. A few of them would be asked to do a charity event here or there and would invite the others to join them. In 2015, they decided to enter a costume contest at Awesome Con and they needed a name to put on the form. They came up with Philadelphia Avengers after a group discussion. They ended up not entering the contest, but the name stuck. From those five founders the group has grown and developed a hierarchy. Below the founders, there is a core group of team leaders, then full members, and lastly, recruits. Every decision made in the group has to be agreed between all the founders. Recruits who have proven themselves worthy of the group by regularly attending charity events with the group and displaying exemplary behavior have a chance to move up and become full members.

There are several charities the Avengers regularly support. They collect money for breast cancer research, snacks for Ronald Mc Donald House, and toys for Toys for Tots, to name a few. Bryan Kamtsios, a team leader, says “All of the charities I’ve done have a special place in my heart. The March of Dimes and Alex’s Lemonade are two that stand out most for me. The March of Dimes, because they do so much to help end premature births, birth defects and infant death. Alex’s Lemonade was my first charity event as a Philadelphia Avenger and hearing the stories of some of the children that were there and being recognized for their victories against their battles was very moving. It shows what true strength is.” Tina adds, “The most touching moment was when we did the March of Dimes walk at the Navy Yard, and we had a group photo with a teddy bear. I held the teddy bear, and a woman stated to me that inside the bear was the heart beat sound of the baby she lost. That will always stay with me forever.” Bryan feels the only pitfalls to doing charity work is the inability to do more.

Doing cosplay for charity events sounds fun. However, Blake Homa, another team leader, cautions readers to think before they jump in. “Something you really have to take into consideration when you do charity events is why are you really there? Because more than likely you’re going to come face to face with whatever cause you are there for. Whether it’s a handicapped person, [someone suffering from] a disease, a child with some kind of affliction, or whatever it is. You HAVE to stay strong, and you HAVE to be able to keep yourself composed. A lot of the time, it’s a child; and that child is looking at you as a hero, maybe as THEIR hero. So you need to be able to look back at them with the strength of that hero you are pretending to be. Just wanting to cosplay with your friends somewhere other than a con isn’t good enough for the people we are there for. You need to ask yourself if this is not just something you want to do, but if this is something you actually can do.”

Besides having a heart for charities, their other big message is cospositivity. The Philadelphia Avengers have done panels at cons such as Wizard World Philadelphia and Great Philadelphia Comic Con to spread this message. Jamila describes it this way: “Cospositivity is essentially stressing how important it is to cosplay from the heart whoever you want whenever you want; having acceptance to all shapes, sizes, colors, genders and skill levels. Spreading how important it is to be kind to all cosplayers because they were brave enough to cosplay, put a lot of thought into it and do it out of the love for a fandom or character. We all care about something so let’s support each other, appreciate the craft, creativity and hard work that goes into cosplay.”

Now, That is something every cosplayer can do.

View all posts by Amy Seiden →