It’s Homelander’s birthday—kind of. As we know from last season, Homelander wasn’t born so much as “poured out of a test tube” (as he puts it). But that doesn’t mean he doesn’t get to celebrate his government-assigned special day: He’s co-hosting a televised birthday spectacular with Starlight, much to the displeasure of both parties.

Also included in his annual birthday festivities is the mandated rescue of one (1) endangered citizen, this year a young woman poised to jump off a roof, supervised by Senior Vice President of Hero Management Ashley Barrett (Colby Minifie). He’s already less than enthusiastic when he arrives, but things take a turn for the worse when he discovers mid-rescue mission that Stormfront has died by suicide (“Stormfront Million Dollar Babied herself,” Ashley whisper-screams to her new assistant, Ashley (Sabrina Saudin, credited as “Also Ashley”). Distraught, he monologues villainously at jumper Chelsea (Nia Roam) until she becomes terrified and decides she wants to live—at which point he forces her to jump anyway. It’s a chilling reminder that the general public has no idea how dangerous Homelander actually is.

While Annie’s busy prepping for the birthday show, Hughie takes her what he learned about Neuman, and they collude about possible steps. Despite Annie’s insistence that they handle the situation together, while she’s rehearsing, Hughie visits Red River, a group home for super-children that Tony mentioned before Neuman blew him up. There, he pretends not to be affiliated with the government—until he’s recognized as Starlight’s FBSA-working boyfriend, at which point he claims that he and Starlight are looking to adopt. After stealing some classified info via a flash drive (and accidentally agreeing to adopt a child), he discovers that Neuman is kind-of-sort-of Edgar’s adopted daughter, placing her deep in Vought’s pocket.

Meanwhile, Butcher’s panicking about the prospect of taking the V24, symbolic nightmares included. The matter is complicated by his attempts to maintain a relationship with Becca’s superpowered son Ryan like a struggling stepdad once removed. Before making any tough decisions, he scopes out the Vought Rifle Association’s firearms convention, a Trumpist haven filled with country music and Robert Singer haters. The parody gets a little too close to the nose to stay funny at times—and it’s especially hard to watch after real recent and ongoing instances of gun violence—but better to be clear on their stance, I suppose.

It’s an expected but potentially interesting shout-out to the decades-long jokes about Batman and Robin—Gunpowder, of course, emphatically denies the allegations, only to reveal later under duress that they’re true, calling it “hazing that went too far.” Depending on the angle the show takes, this could be a welcome foray into discussions of toxic masculinity (a phrase Ackles and Kripke have repeatedly brought up in interviews about Soldier Boy) and abused men. Then again, The Boys isn’t necessarily known for its subtle and tactful handling of difficult issues.

I’ll also note that, especially since the bury-your-gays-adjacent death of Ackles’s character Dean Winchester on Supernatural (sorry for the year-and-a-half-late spoilers)—and the aforementioned obsessive use of the phrase “toxic masculinity” by Ackles and Kripke with Dean as a frequent counterexample, and the fact that Soldier Boy has sex with Homelander in the original comics on which The Boys is based—some fans have been joking that Soldier Boy needs to be interested in men so Ackles can finally play an openly queer character. Depending on how this development is handled, it may be a gruesome monkey’s paw of a point to that wish. We’ll see how it plays out (if it’s ever brought up again).

Frenchie and Kimiko remain the sweetest and most compelling duo in the show, bickering over a roller coaster at VoughtLand while on a Soldier Boy recon mission that ends in a viewing of a Soldier Boy musical starring his former lover and teammate, the Crimson Countess (Laurie Holden). The Countess, an aging starlet now using her powers almost exclusively to entertain children, also has something of a music career—she shows Frenchie and Kimiko a music video for a hilariously inept animal rights anthem called “Chimps Don’t Cry” (very in the arms of the angel) before they get into a brawl and she escapes, accidentally blowing up a VoughtLand employee in a Homelander mascot suit on the way (foreboding imagery). Post-mission, Kimiko has a crisis: two children (onto which she had projected a memory of herself and her brother) witnessed the mascot’s gory death, and now she feels responsible for ruining their lives.

As for other members of the Seven: A-Train, unable to run or do basically anything interesting, attempts a “tasteful” rebrand to get in touch with his racial heritage and culture. He pitches some gaudy ideas to Ashley and Also Ashley (“Is that a video game about the slave trade?” cries Ashley—Minifie kills it in this episode with the beleaguered asides). Maeve is pretty much MIA for now, though we do get some excellent Maeve-related gags in VoughtLand, where her park has been rebranded into a rainbow capitalist gay nightmare featuring branding like Brave Maeve’s Veggie Tacos (yikes!). And The Deep (Chace Crawford) is busy shilling his cult-escape memoir so he can get popular enough to worm his way back into the crew.

Back to the Boys: After receiving a visit from Butcher, M.M. has a hard conversation with his ex-wife Monique (Alvina August), who reluctantly encourages him to return to vigilante work because he’s miserable otherwise. And Hughie, fed up with trying to be good, goes nuclear option and drags a surprisingly reluctant Butcher down with him—for a second, they seem to have switched ethical sides, but almost immediately, they’re both at rock bottom again. Butcher finally takes the V24 and faces off with Gunpowder, killing him brutally (notably, with eye lasers just like Homelander’s and Ryan’s) after extracting a terrified confession about the real circumstances of Soldier Boy’s death—which, to Butcher’s horror, include the fact that Mallory was working with Payback then via the CIA.

Butcher will almost definitely get addicted—or the effects will last permanently despite him taking just the one dose. It’s an experimental drug after all. If it turns out to be an addiction narrative, only time will tell whether we swerve into after-school-special parody territory or a larger conceit about how corrupting even a taste of power can be. Knowing The Boys, probably both.

Finally, after a big day for everyone, Homelander’s birthday bonanza begins—and, almost immediately, he gets heckled. When Starlight tries to correct course by saying that Homelander is “just like us” and “makes mistakes” (party lines that Homelander himself has been toeing out of necessity the last two episodes), he throws a fit: He doesn’t make mistakes, he says, and he is better than everyone else, so everyone should be grateful that he blesses them with his presence. The crowd greets him with uncomfortable silence as his rage and narcissism become more obvious. We’ll see whether this rant gets him in hot water or, more likely, gets his ratings back up in a polarizing fashion. Given how much The Boys loves nihilistic political commentary, I imagine we’re seeing the unfortunate beginnings of Homelander’s real rise to power. 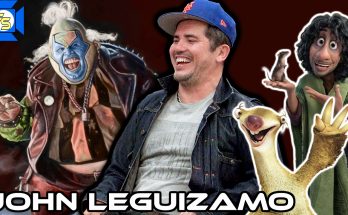