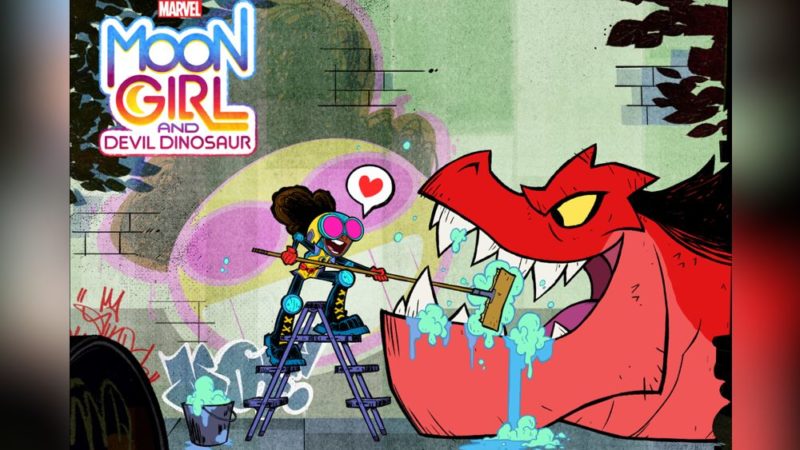 Disney and Marvel surprised fans with a special gift for the Holidays! They released the first teaser trailer for the animated series– Moon Girl and Devil Dinosaur. Veteran Actor, Laurence Fishburne, introduces us to the series. Let’s watch it together!

The colorful trailer looks and feels like the comic book brought to life. And, it is by far unlike anything we have seen since the inception of Disney and Marvel’s partnership.

Moon Girl and Devil Dinosaur will follow the adventures of 13-year-old super-genius Lunella Lafayette and her 10-ton T-Rex, Devil Dinosaur. After Lunella accidentally brings Devil Dinosaur into present-day New York City via a time vortex, the duo works together to protect the city’s Lower East Side from danger.

It will be interesting to see if the show will follow some of Lunella’s most famous stories from the comics. Lunella has faced off against Kingpin, been a member of the Fantastic 4, teamed up with Spider-Man, taken on the X-men, and worked with Ms. Marvel.

The animated series will air in the Summer of 2022!