March is Women’s History Month in the US, highlighting the contributions of women in history and in today’s society. I’m always looking for anime that showcases strong female leads with powerful narratives. Whether it’s Usagi saving the day as Sailor Moon or Chihiro trying to save her family while navigating the Spirit World in Spirited Away, these types of characters can resonate with viewers and show independent women. Here are some anime I’ve enjoyed with strong female protagonists. 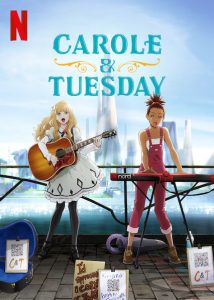 Carole and Tuesday are two strangers that meet after a fateful encounter and decide to perform music together. To shake up the music world, they rely on their song-writing skills and live instruments to reach stardom even though they are up against the AI singers that dominate the industry.

I love how light-hearted and motivational it can be at times. Carole and Tuesday face a lot of hardships while entering the music industry and quickly learn the grass isn’t always greener on the other side. They face a lot of obstacles, but they keep a positive attitude and aren’t afraid to show that they can be vulnerable too. Their music is incredible, and I appreciated how they took inspiration from within to craft their songs. Though the odds are stacked against them, they never give up. 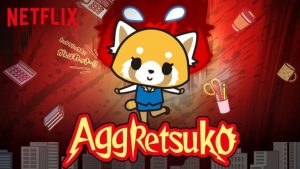 Ever since Sanrio has released Retsuko, she has been one of my favorite characters from the company. This show is humorous and filled with many events which usually take place within an office space. It accurately portrays workplace stereotypes/situations, which makes it so relatable to a wide audience. I loved watching Retsuko take on obstacles and express her frustrations through metal karaoke. She’s not afraid to use her voice to speak up and she navigates some tricky situations. I like the ways the show conveys the struggles of being a 20-something and handling interpersonal relationships. Aggretsuko is series that shows us that it’s okay to make mistakes, to be unsure of your future, and most importantly how to blow off the intensity of life through a good karaoke session. 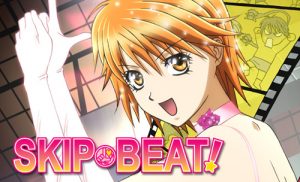 This anime is the story of Kyoko Mogami, a 16-year-old girl who discovers that her childhood friend and romantic goal, Sho Fuwa, only keeps her around to act as a maid, while he’s busy working his way to becoming the top pop idol in Japan. Furious and heartbroken, she vows revenge by beating him in show business. The series starts out as a revenge love story as Kyoko wants to best her ex, but then viewers we get to see her grow in her own as an actress. The narrative gets flipped because she changes her motives to want to rise up in order to prove something to herself. Kyoko is smart, resourceful, and very talented. Her journey of self-discovery and the work grind inspires us all to reach for our dreams. 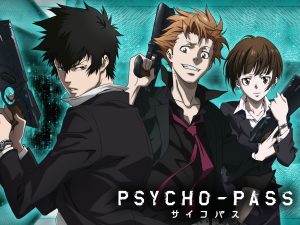 In this futuristic dystopian anime, Japan enforces the Sibyl System as an objective means of determining the threat level of each citizen by examining their mental state for signs of criminal intent (aka “Psycho-Pass”). One of the main leads of this show is Akane Tsunemori, a young woman with an honest desire to uphold justice. Akane Is an intelligent and hardcore rookie in the field whose training is completely dismantled once she learns the truth about everything. She has brains and strong creative thinking skills that help to discover flaws within the system and climbs her way to top. Even when she’s pushed to the limit she still does her job, to the point of having the power to influence her world in a way that’s beneficial. Akane is a force to be reckoned with.