Anime voice actors Luci Christian, Jason Douglas, and Chris Wehkamp gave a panel at Fanboy Expo Knoxville to talk about their various roles, experiences, and answer fan questions. Please note Luci showed up early and decided to chat with the audience for 12 minutes before the others arrived. This is included.

Luci Christian is the talent behind the English dub of Nami from One Piece, Ochaco Uraraka from My Hero Academia, and Doris Lang in Vampire Hunter D. She is also known for her roles in Gatchaman, Super GALS!, Princess Tutu, D.N. Angel, Fullmetal Alchemist, RWBY, and many more.

Jason Douglas portrayed Beerus in Dragon Ball Super, Miche Zacharius in Attack on Titan, and Gildarts Clive in Fairy Tail. He is also known for his roles as Tobin in The Walking Dead, Satan in Preacher, and Nick Marshall in Cruel Summer. His other voice roles include characters in My Hero Academia, RWBY, Overlord, The Ancient Magus’ Bride, After the Rain, Vinland Saga, and many more

Christopher Wehkamp plays Shouta Aizawa in My Hero Academia, Clover Edi in RWBY, and Takehisa Hinawa in Fire Force. He is also known for his roles in Fruit’s Basket, Borderlands 3, Ace Attorney, RWBY, Date a Live, Classroom of the Elite, That Time I Got Reincarnated as a Slime, Fire Force, The Gymnastics Samurai, and more. 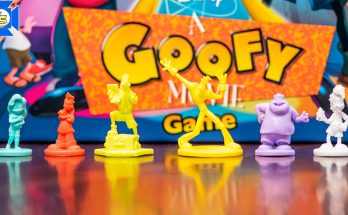