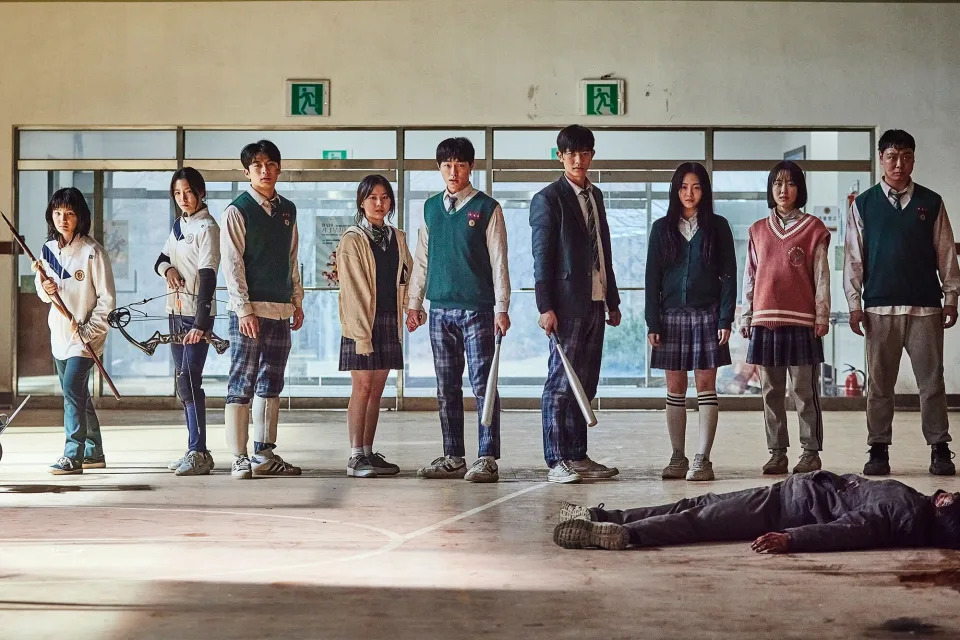 Netflix’s South Korean Zombie series, All of Us Are Dead has been renewed for a second season.

Based on the Korean webtoon Now at Our School by Joo Dong-geun, All of Us Are Dead follows several ordinary high schoolers who end up at ground zero of a zombie apocalypse after a science experiment gone awry. Cut off from the outside world by the government, which seeks to contain the outbreak, the group is forced to protect themselves, all while dealing with heavy interpersonal tension.

Debuting on the streamer in January, the series quickly became a surprise smash-hit with fans around the world. After its premiere, Netflix announced the series had shot straight into the top 10 most-watched non-English TV series in a staggering 91 countries and stayed there for two consecutive weeks. It also drew 361.02 million viewing hours in its first 10 days.

With numbers like that, it comes as no surprise that a second season has been given the go-ahead.

Co-creator and director Lee Jae-kyoo has previously spoken about how much of the first season was set up with the intention of a season 2.

“Many directions, settings, and scenes were intentionally produced to expand the story into an additional season, including the introduction of the new races of zombies — immune and immortal. If the first season can be seen as having presented humanity’s survival, the next season can talk about the survival of zombies. I hope to present viewers with another season.”

All of Us Are Dead represents the second smash-hit series for Netflix after Squid Game took the world by storm in 2021.