News of The Walking Dead wrapping up after its eleventh season was met with much sadness amongst the show’s loyal fan base, but fear not, it certainly will not be the last we see from this universe. With Fear The Walking Dead enjoying a resurgence in quality lately, World Beyond entering its final season, Daryl and Carol getting their own spin-off, and the Rick Grimes trilogy “in the works”, there’s so much more to come from the franchise.

Add to that list the announcement of yet another spin-off series entitled ‘Tales of The Walking Dead’ – a series that will follow an anthology structure, telling stories of both new and existing characters, in the past, present, and future.   Here, we take a look at some episodes we would love to see in the new series.

1 – RISE OF THE GOVERNOR 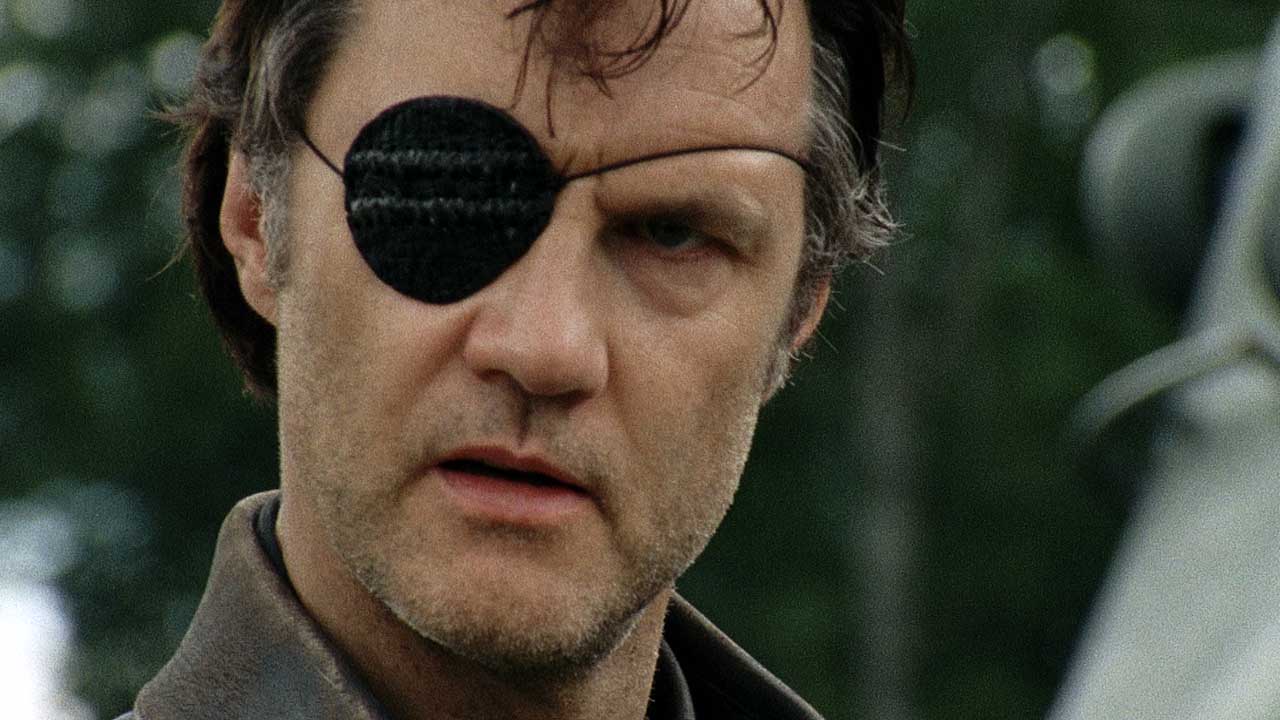 “Here’s Negan” ended season ten of The Walking Dead with a bang! Both fans and critics praised the episode, with many calling it one of the show’s all-time best. Delving into the background of one of the show’s most controversial and divisive characters proved to be a popular decision, and we want more!

The Governor is one of The Walking Dead’s biggest villains to date, terrorizing Rick and the group during the show’s third and fourth season, and is arguably the best villain the show has seen so far. Tales has the opportunity to go back and tell us the story of how Phillip Blake became The Governor. For the past decade, we’ve seen things from our group’s perspective, so seeing the story play out from another angle could make for some really interesting and entertaining television.

Jay Bonansinga and Robert Kirkman wrote a book called “Rise of The Governor,” which was released in 20011, so the production team already has a lot of original content to work with. Depending on the number of episodes they intend to do, this story could easily take place over more than one solo episode. The more the better we say!

2 – ORIGINS OF THE HUNTERS 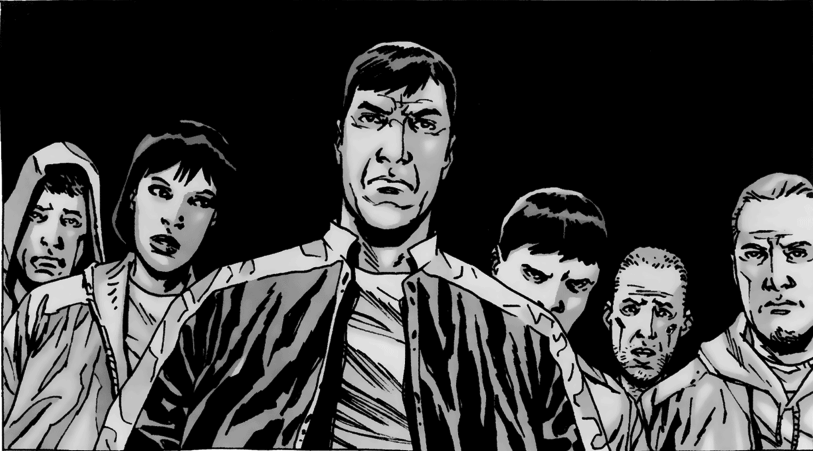 Terminus was a huge focal point in the show’s fourth season. Disbanded by The Governor’s assault on the prison, our group separately looked for their new way forward. During their travels, all signs pointed to a new safe haven, with a sanctuary that promised better times ahead, but Terminus turned out to be a whole new nightmare!

The Hunters arc represented one of this show’s biggest missed opportunities, as their arrival was very short-lived.  The premise of a group of cannibals in a zombie-ridden, post-apocalyptic world was such a fascinating idea that should have been explored further. The Hunters were said to have resorted to cannibalism when food became very scarce and scavenging was no longer deemed a safe option. It is even suggested that they ate their own children just to survive!

Now, the show will likely steer away from subject matter that is too controversial, but there are so many different areas they could explore when telling the gruesome origin story of this sadistic group. 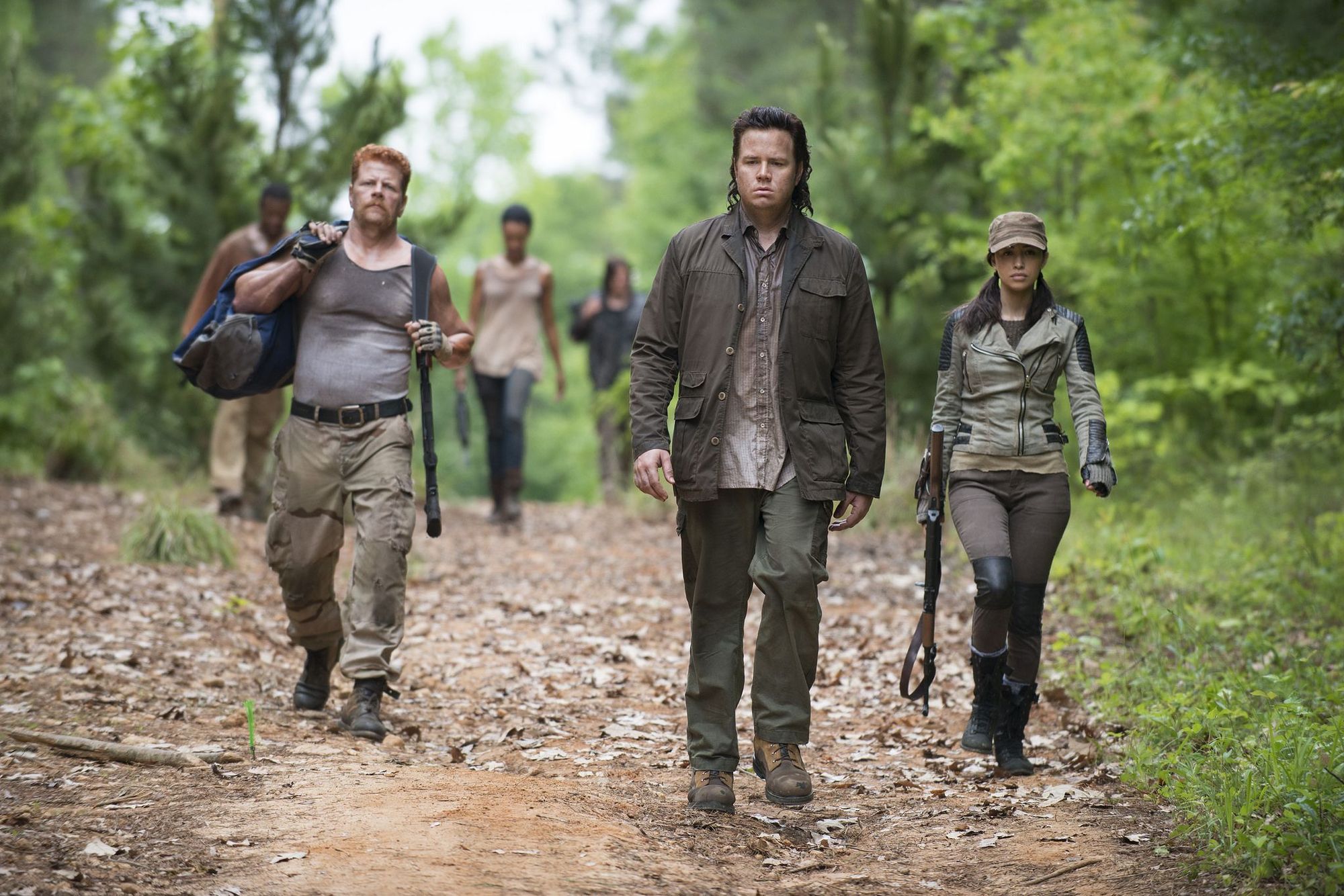 This trio was introduced in season four and quickly became fan favorites. We know Abraham lead the group on a country-wide journey from Houston to Washington D.C, but we only catch them at the back end of their travels. What happened during their time on the road? What terrors did they encounter along the way?

There have also been links between the group and Fear The Walking Dead during the years, with easter eggs pointing to characters meeting each other at one point – this could inspire another cross-over episode. The first reference came back in Fear’s season four, when we see tapes of Althea’s interview library, with one of the tapes interestingly labeled “Abe/Doctor”.

The second comes when Daniel Salazar makes his return in season five and invites Strand’s group into his new home. He allows the group to take what they need, except for a cigar. Salazar says that he’s been saving that cigar for a friend, for when things get better. While he doesn’t specify the name of the friend, it is highly likely that he is referring to Abraham Ford – the series residential cigar-smoking, Texas native.

Telling this story would allow for all three character origins to be fleshed out, given the fans a more intimate look at the people they once were. In the comics, Abraham loses his family to a walker attack, which could also be a story that is told. 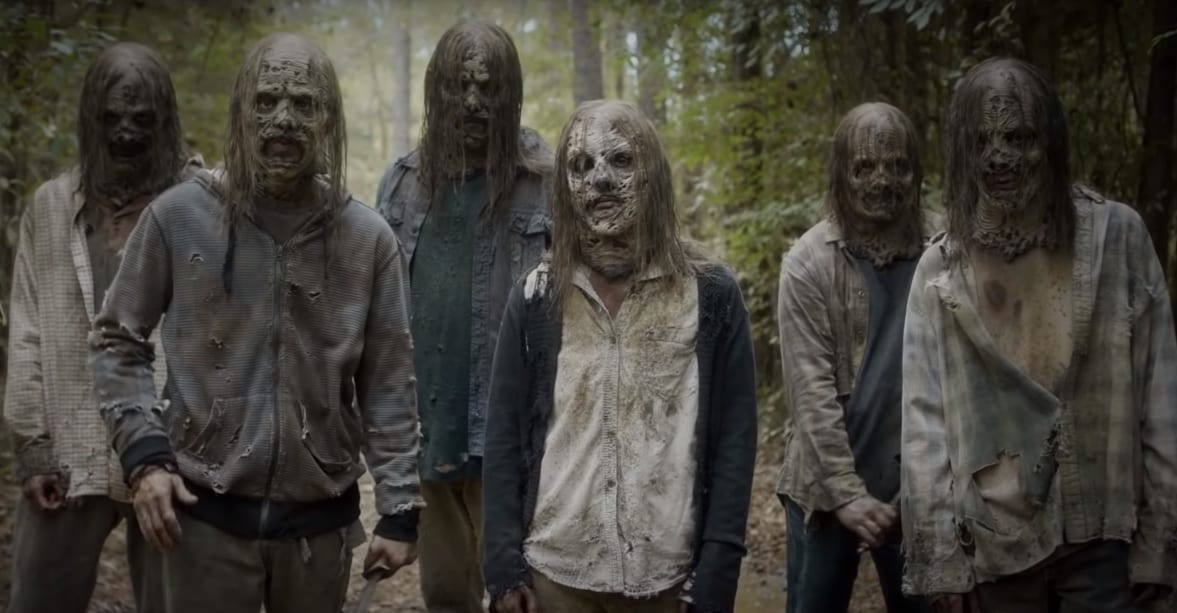 The arrival of The Whisperers in season nine marked a huge turnaround in quality for the show. Lead by the terrifying Alpha, The Whisperers brought back some much-needed horror that left our group facing a very sinister new threat. Delving further into the group’s history could make for some gripping, intense, and frightening viewing.

Examining the workings of this group in even more detail could allow the show to lean into many different horror troupes and produce an episode befitting of a standalone horror film. Imagine the deranged group intermingled with a hoard, eerily stalking an unsuspecting group in a barn, campsite, or in the woods.

They could go all out survival horror, or even delve further into the cult-like operation of the group. Seeing how new members are found and inducted into their twisted philosophy would make for some chilling, violent, and disturbing television. And to add icing to the cake, bringing The Whisperers back could allow Samantha Morton and Ryan Hurst to reprise their iconic roles in a new way. It would also allow us to see more of Lydia’s upbringing, which would give Cassady McClincy the chance to flex her acting chops even further.

Fear The Walking Dead returned to form with a brilliant sixth season that pushed the show in very different directions. After a highly criticized fifth season, the pressure was on for them to get things right moving forward. Season six began with one of the show’s all-time best episodes, which saw Morgan been mercilessly hunted down by a mysterious man named Emile. We soon find out that Emile is a Bounty Hunter who hunts down targets in exchange for supplies, but very little else is known about the character.

The concept of a Bounty Hunter operating in this world is very intriguing and something the show should have explored further, but Emile sadly met his fate in his debuting episode at the hands of Morgan. But that doesn’t mean his story cannot still be told. Tales of The Walking Dead is the perfect place for this concept to be explored further, allowing Emile’s backstory to unfold.

Demetrius Grosse delivered a very imposing performance, which allowed Emile to make a lasting impression, and his character would give the writing team chances to creatively mesh genres. Western, action, horror, and crime genres could all work together to great effect in this one. 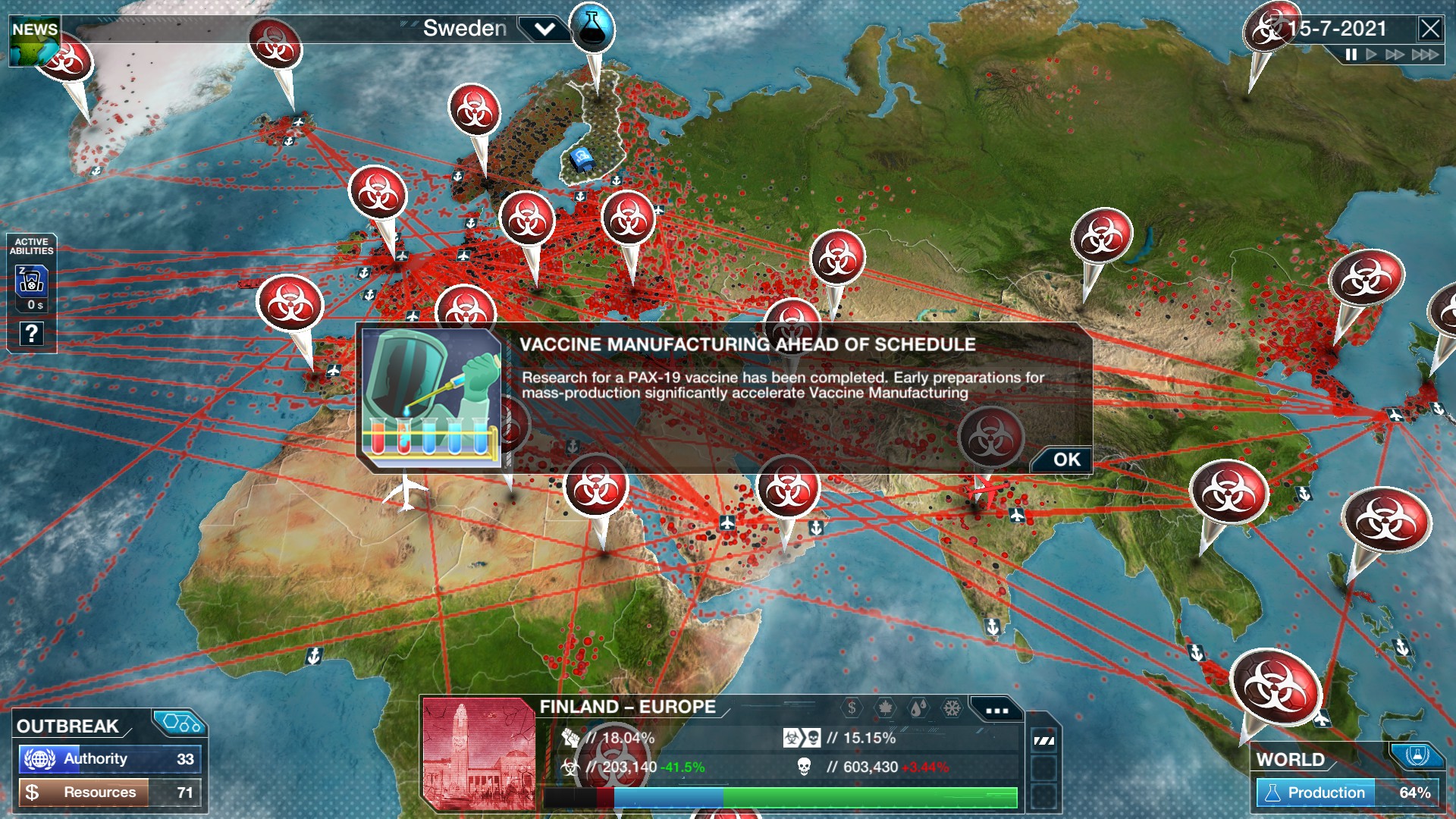 Thus far, all Walking Dead content has been exclusively connected to North America, but what is happening around the world? It is something fans have speculated about for years and now is the time to give us some answers.

Moving the story overseas gives Tales of The Walking Dead the chance to create unique storylines and introduce us to new sets of characters and cultures, whilst offering a rich visual feel, unlike anything we’ve seen in this universe. They could even introduce political and military themes and play with the idea that other countries have dealt with the outbreak in different ways. Whether that be for better or worse, there are many themes to be touched upon.

The Walking Dead season one finale spoke of France been the closest country to finding a cure, so that is one of many ideas the series could explore. Moving production into Europe and beyond would be costly and problematic, but modern-day productions can replicate this environment closer to home, with little concern.

That’s just a few episodes we have in mind for Tales of The Walking Dead. We would love to hear your ideas! Let us know what you would like to see on our social media pages and in the comments section below. 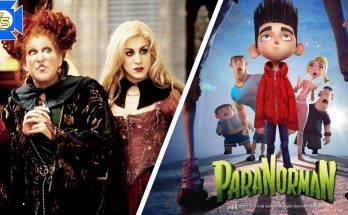 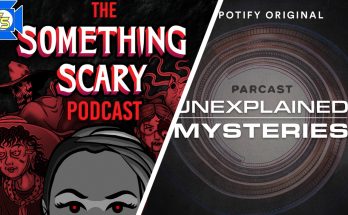 5 Spine-Tingling Podcasts for the Spooky Season 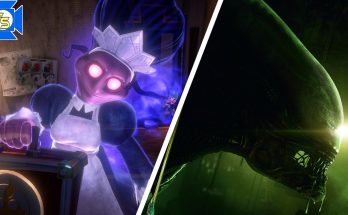