Webtoons are becoming more popular globally as new stories are being adapted into TV shows and films each year. Some of the more recent adaptations, such as “Sweet Home” and “Love Alarm”, make me curious to see what story will be acquired next. Today, I’m sharing four webtoon adaptations that you should watch, from romantic comedies to dark thrillers.

Clean With Passion For Now

This drama is about an unexpected romance that blooms between the germophobic CEO of a cleaning company and a woman not prone to neatness.

The two leading actors, Kim Yoo-Jung and Yoon Kyun-sang, have great on-screen chemistry which got me hooked into the show’s narrative. The characters couldn’t be more opposite, but they make a cute couple. The show is comedic, full of crazy antics, loveable characters, and is lighthearted for the most part. There is a more profound discussion surrounding mental health representation in this show since the CEO deals with severe clinical OCD and mysophobia. While he does get treated with therapy, he also gets clarity and healing by deepening his relationship with Oh Gil. It’s a different take on the opposites attract trope, but I loved this drama.

This show follows a mysterious food cart bar that opens only at night, run by a woman named Wol-Ju. The twist? Customers who visit the bar consist of ordinary people and the dead. While drinking and eating dishes with Wol-Ju, the customers of the bar talk about themselves and try to heal their internal wounds.

This contemporary story has a great blend of paranormal elements. I am a big fan of the lead actress (I’ve enjoyed many of her other dramas), and I was intrigued by the synopsis. Not only does this series features scenes with delicious foods, but it’s got an intriguing story that flips back from the past to the present. It’s a bit spooky, comedic, and romantic, and the customers have these bittersweet stories that touch the viewer’s heart. This magical series has some significant underlying mystery elements and a strong cast.

If dark and gritty crime shows are more your taste, “Possessed” is right up your alley. The story follows detective Kang Pil-Sung and psychic Hong Seo-Jung, who tries to hide her ability. While Kang Pil-Sung investigates a case, he meets Hong Seo-Jung and they begin to solve cases using their unique skills.

I love a good thriller/detective mystery show, and this story is exciting because of its supernatural twist. Mix two people who have psychic abilities, great on-screen chemistry (I love the banter between the two leads), and a serial killer case makes for an interesting show. The show uses darker lighting techniques to give the cinematography an ominous vibe to go with the story’s tone. Posessed is spine-tingling and will get your heart racing as the main leads have to fight against time. It had me on the edge of my seat.

The Sound of Your Heart

Based on the longest-running web-based comic series “Ma Eum Ui Sori” in Korea, “Sound of Your Heart” is about Cho Seok, an aspiring comic writer, and his strange family.

This show is hilarious! I had briefly heard of the webtoon before watching the show, but after watching this 10-episode series, I found myself reading the webtoon regularly. The show takes snippets from Cho Seok’s life and segments of the webtoon as viewers get to see his family’s crazy antics who fight constantly. But at the end of the day, they still love each other. All of the family members have clashing personalities. The mom is the head boss, the dad is the lazy one, the older brother thinks he’s such a ladies man, and Cho Seok’s girlfriend is somewhat intense. If you’re looking for a show full of non-stop laughs, this is for you.

What are some Webtoons you’d like to see adapted for TV or film? Let us know in the comments and our socials!

BITE THIS!!! Critters 2: The Main Course Is Good 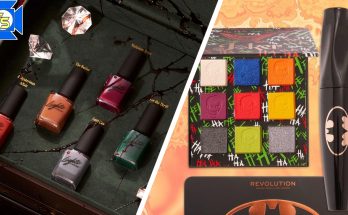