The buzz around Wonder Woman 1984 reached an incredible peak when the announcement came that this blockbuster movie would be available to HBO Max subscribers without any additional fees. This would run simultaneous to the release of the movie in cinemas, but with the pandemic still raging, fans could safely watch this long-awaited sequel in the comfort of their own homes on Christmas Day. And many did exactly that.

However, while the first Wonder Woman film had overall positive reviews, this one looks to have split the audience down the middle. Some loved the film while others either disliked the film or in some cases, didn’t even bother to finish watching this two-and-a-half-hour saga. Both viewpoints are valid, because in this movie they did some amazing things. And they also botched some stuff up horribly.

On the plus side, the visuals, the acting, the action… were quite stunning. The actors in this film (aside from the young boy cast as Max Lord’s son, who didn’t emote much at all) did incredible jobs. The stunt work was top notch. The visual effects were great, though may have lost some of their luster by being seen on high-definition and 4K televisions. But those could be forgiven as the overall look and feel of those scenes was great.

In the negative column, the movie itself was too long. There were scenes and sequences that could have been ditched entirely without harming the movie one bit. Having our heroine face two villains makes these movies harder to pull off. Batman Returns may have done it well, but multiple villains generally detract from the film, making each one not credible to be a major challenge to the main character. Honestly, while Kristen Wiig did an excellent job as Cheetah, her role could have been eliminated entirely from the movie and it would have still been pretty much the same, reducing her to a nuisance. And it’s unlikely we’ll see this character return, which is a waste.

Were there entertaining parts? Certainly. There were also parts that dragged and could have been eliminated entirely.

There is more to say, but we are entering Spoiler Territory. So if you don’t want spoilers, turn back now.

The movie starts out with the attempted heist of a number of antiquities from the back of a mall jewelry store, because this store is a front for dealing in hot properties of that nature. As most mall stores were in the eighties, I guess. Wonder Woman somehow stumbles across this crime in progress and foils it, after destroying all the security cameras that might see her in the mall. Destruction of private property and in reality, there were probably cameras she missed that could be inside lots of stores. But regardless, she saves the day and remains a mystery.

One of these antiquities is a wishing stone, which is being examined by Diana Prince’s new friend Barbara Minerva. It grants a wish for a coffee and, less immediately, our heroine apparently makes a silent wish while holding it to get back the only man she ever loved, Steve Trevor- a man who died 65 years ago, since which Diana has avoided dating anyone. Romantic? Or a sign she needs therapy?

Barbara also makes a wish, wanting to be as strong and cool as Diana. (Did anyone else get Selena Kyle from Batman Returns vibes from her?) Be careful what you wish for. And Max Lord, a man with a plan, shows up and apparently knows about the wishing stone… because he was behind the attempted theft!

Max Lord is a desperate man trying to turn around his fortunes. This depiction of the character is far from the one in the comics, where he was much more successful, more on the level of Lex Luthor. They also shortened his name from Maxwell to Max for…reasons? Time for #NotMyMaxwell. Pedro Pascal played the character he was given wonderfully, and you do feel for the guy until he starts doing bad things and even beyond that a bit. So, on the upside, our villains are sympathetic and redeemable. Which is nice.

And then Steve Trevor shows up. Not as a magically reconstructed man with his own body, but instead his soul/spirit/psyche/whatever takes over the body of another man entirely. And after saying a few words to Diana, she immediately recognizes the soul inside and accepts him as her lost love. 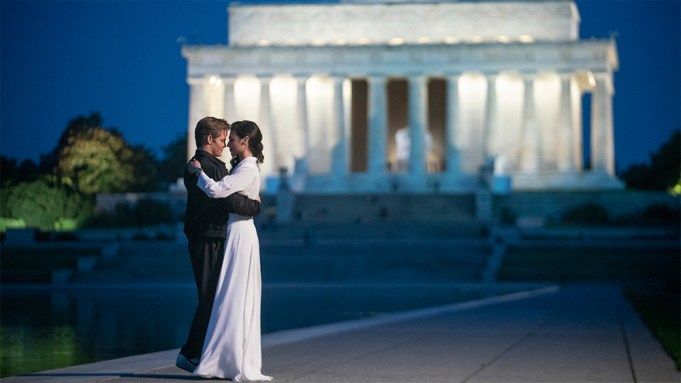 How incredibly romantic! As long as you ignore the fact that Steve Trevor basically has taken over someone’s body. Someone with their own life, loves, relationships and dreams. But we can ignore that, because we don’t know him. And no one comes looking for this guy at all when Steve uses the guy’s body to reunite with Diana… and then unite with Diana (if you know what I mean). So, no one missed him at work. No girlfriend worried about him. Or boyfriend. At least that we saw. Maybe they did and this guy is going to be so fired and unexpectedly single. The point is that our heroic Wonder Woman didn’t care one bit about the displaced life of this guy as long as she could have Steve Trevor back. Not the most heroic attitude.

Maxwell Lord gets this wishing stone and decides to become the wishing stone. Which I didn’t see coming, honestly. But he worked it out, because there is a price for each wish. And he can choose the price he extracts for granting people’s wishes. With this new ability, he goes off to Cairo.

They did do a great nod to the invisible jet when Diana and Steve have to get follow Lord to Cairo and Steve doesn’t have a passport… not that they searched this guy’s place… so the solution is to steal a plane. From the Smithsonian. Where these jets are not just on display, but fully fueled and with a full charge in their batteries so a guy who last flew prop planes could expertly pilot one. And Diana manages to use her magic powers to make the jet invisible. A great nod to a piece of Wonder Woman lore, but there are holes in this whole setup.
They are in a rush to get to Cairo, so they fly directly there without a backward glance. Except they glance. And notice fireworks and spend a little time flying through them. A cool scene, but doesn’t jive with the whole “time is of the essence” reason for stealing a jet plane to begin with.

The whole trip to Cairo was an opportunity for mayhem and not much else. It didn’t move the story forward, could’ve been removed without impact, and had some awkward Zionist vibes to it, which have already led to calls for a boycott.

Barbara is enjoying her newfound confidence and sexiness, but again that’s a side story. She’s very helpful to our heroes until she finds out that Max Lord’s well-being is key to her keeping her newfound mojo… and strength. A strength she can use to beat grabby jerks to death on the streets. Not seeing the evil part, exactly. Until she decides to protect Max.

Barbara’s powers are apparently costing her the warmth and humanity that made her who she is. And Wonder Woman’s price for Steve is her powers. So she faces reality and rescinds her wish, regaining her powers. Oh, also shoehorned in is a set of armor that Diana found which belonged to a long-lost Amazonian named Asteria. Supposedly the strongest armor ever made, and Wonder Woman wears it in order to produce more action figures. She also fights Barbara, who has suddenly become Cheetah as she was allowed to upgrade her wish and become an apex predator. Because the rules change, apparently.

Oh, Wonder Woman can fly now. Which is out of the comics, but it definitely felt like they were mimicking the Christopher Reeve Superman movies. I was just waiting for her to smile at the camera and fly into space.

The plot continues. Maxwell Lord is granting wishes to people that will cause World War III, and hijacks everyone’s televisions and computer monitors using a special satellite system to allow him to grant wishes to everyone in the world. Which gives him power, somehow, and creates chaos.

Wonder Woman trashes Cheetah, then appeals to the better nature of everyone using the same satellite system and her magic lasso. She convinces everyone, including Maxwell Lord, to renounce their wishes. Nuclear weapons disappear mid-flight. People are restored to life. Goodwill explodes out to every corner of the globe.

Seems a little convenient. And everyone would rescind their wishes? I’m pretty sure there are some short-sighted individuals who would refuse. And what happened when Lord renounced his wish? Was the wishing stone restored to its original form?

This plot was a bit convoluted, our heroine less than heroic for much of the movie and there were elements that didn’t need to be in the movie at all. And Kristen Wiig’s fabulous Cheetah was wasted unless they can find a way to restore her powers without a wishing stone.

Oh, and the guy who lost control of his life? Diana sees him on the street and has a brief conversation with him. And he’s very nice and gentlemanly and doesn’t ask her for her number. I don’t know if he checked in with work before this scene.

It has good moments. It had boring moments. It had moments that looked cool but didn’t contribute to the story in any way. It was an okay way to pass the time and I’m glad I wasn’t in the theater trying to avoid using the restroom for the 2-and-a-half-hour runtime. Especially since it would be closer to 3 after all the previews.

The shining, bright moment is the mid-credit scene (the only scene after the credits roll). Apparently, the Amazonian Asteria is still around and she casually saves some folks from a falling pole. And she is played by none other than the amazing Lynda Carter. Maybe she shows up in the next movie.

This movie was a collection of stunning scenes. Touching scenes. Cool scenes. It just wasn’t a coherent story. It got you there eventually, but it definitely took the long way around. 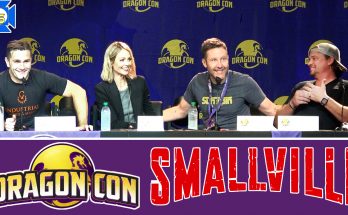 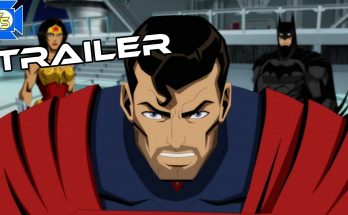