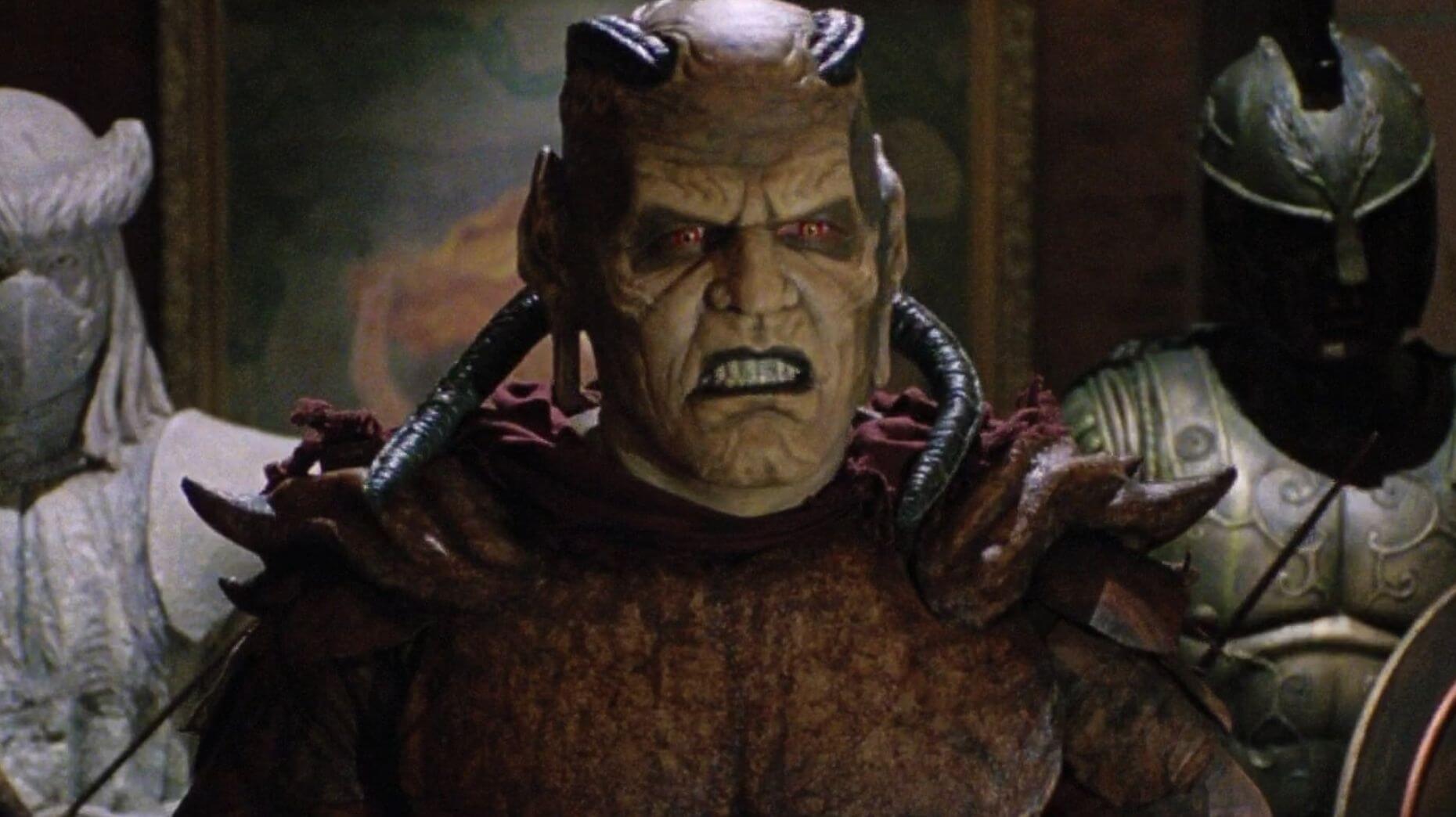 The movie Wishmaster was released in theatres in 1997. It was mostly panned by critics and did not do very well at the box office. Over 20 years later though, I still do not understand how Wishmaster isn’t one of the biggest horror films today.

The movie was presented by Wes Craven who was hot off of Scream and many people believe he had a lot to do with the movie and even directed it. While he was an executive producer, the movie was directed by special effects guy Robert Kurtzman. Kurtzman had previously worked on many films such as From Dusk Till Dawn, The Exorcist 3, and Nightmare on Elm Street 3.

The plot is about an ancient genie known as “The Djinn” who has been dormant for hundreds of years inside a stone. Once released he has to grant enough wishes and collect enough souls in order to take over the world.

The concept is so much fun and we find out that we should really be careful what we wish for. Each wish that is granted is twisted into a horrific cleverly written scenario. The Djinn is obviously not your friend. As far as the acting goes, our main character is Alex, played by Tammy Lauren. She is the person who releases The Djinn and needs to make 3 wishes in order for him to take over the world. As far as the main character goes she does what needs to be done but she is pretty bland overall. That is okay though because Andrew Divoff as the Djinn carries this entire film.

Whether he is in makeup or in his human form, Andrew Divoff is always entertaining. In makeup, he is terrifying yet comical, and his voice is one of a kind. As a human, he is charismatic yet still unnerving. You can really see how he can gain the trust of anyone in the movie.

Greg Nicotero who would later work famously on The Walking Dead did a lot of the special effects for Wishmaster. There is a lot of great makeup and effects in this movie. The makeup work on the Djinn is superb. He does not come off as campy. If I saw something that looked like that in real life, I’d be terrified.

There is some great creature design as well. There is a scene where someone wishes for the type of party no one will ever forget. The Djinn unleashes a warm of monsters and the designs are incredible and unforgettable.

Someone wishes to be beautiful forever, so they are turned into a mannequin. Someone wishes not to see horrific things going on, so their eyes are plucked out. It all makes for a fun viewing experience. 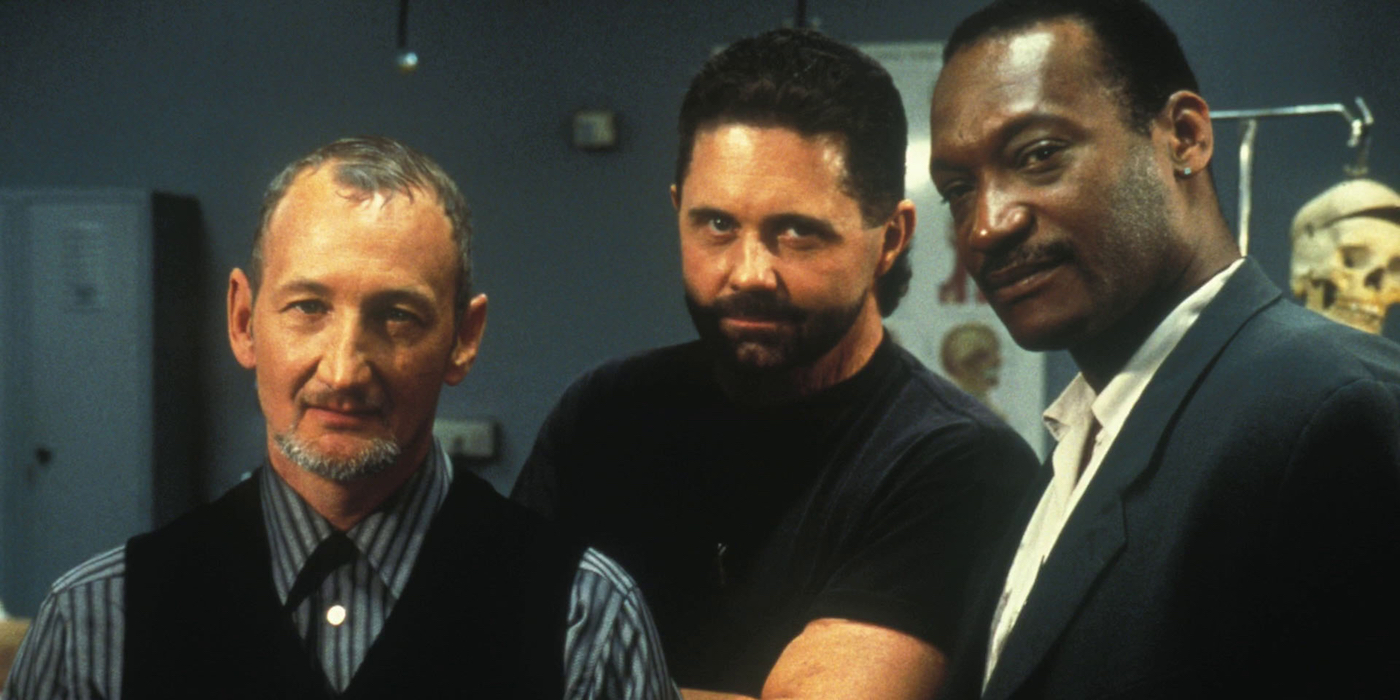 There are so many cameos in this film that it almost becomes its own game to point all of them out. In the movie, we see Robert Englund, Tony Todd, Ted Raimi, Kane Hodder, Reggie Bannister, and Tom Savini. Angus Scrimm who is famous for playing the Tall Man in the Phantasm franchise is the narrator in the film and we even get a cameo from the statue Pazuzu from The Exorcist. It is a lot of fun seeing these icons of horror communicating with The Djinn throughout the movie.

Wishmaster is a hell of a good time. Entertaining throughout with a villain that in my mind should be up there with the likes of Freddy Krueger and Michael Myers. This had the potential to continue for a long long time. There were 3 sequels that followed. Wishmaster 2 is a good time once again but Andrew Divoff is missing from parts 3 and 4 and so is the charm. Hopefully one day Andrew Divoff could return and we can get a brand new Wishmaster film.

Wishmaster is available to watch for free on Tubi or Pluto TV. You can check out the trailer below.