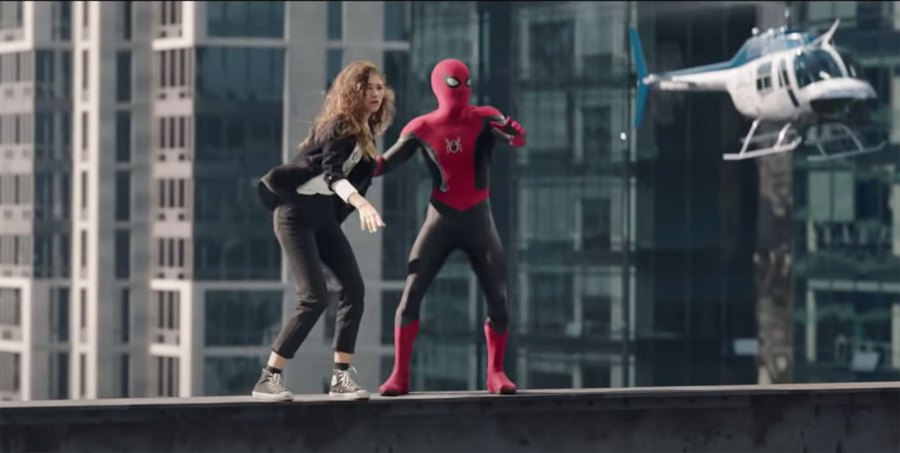 We are just days away from the premiere of Spider-Man: No Way Home. Now you can watch the first minute of the film. The opening scene of the movie has been released. Haven’t seen it yet? Well, you can watch it below!

Who else noticed all the Rogers: The Musical billboards?

Spider-Man: No Way Home finds Peter Parker dealing with the aftermath of his identity being exposed. Frustrated by being exposed and vilified, Peter asks Dr. Strange for help. When a spell goes wrong, dangerous foes from other worlds start to appear, forcing Peter to discover what it truly means to be Spider-Man.

The film will premiere exclusively in theaters on December 17, 2021.

Did you get your tickets for the end of this epic saga? Also, be sure to join us that following Monday, for our live discussion panel of film.