The Autobot Blaster has always been a popular character, going back to the Generation 1 days to the present. The new Transformers War for Cybertron Kingdom version of Blaster, which is Voyager class, comes with Eject and Captain Kyle reviews both to see if they rock.

Blaster is the Autobot in charge of Communications in the G1 continuity. His cartoon version and comic book version are very different bots. While cartoon Blaster helped break-dancers, faced down the Decepticon Soundwave, and helped chase Kremzeek, the comic book version was a more serious warrior who led attacks on Cybertron and challenged Grimlock to a fight for leadership. The G1 toy was rather large, but this version is much more in scale with other Kingdom and WFC toys.

This toy may be found at major retailers. If you want to try online, you can attempt

Entertainment Earth: https://www.entertainmentearth.com/product/hsf5680?id=CA-607108279 (still listed as for Preorder and not shipping until April 2022, if you can wait)
Amazon: https://amzn.to/3HWlQhe
eBay: https://ebay.us/6gJQkz

Transformers is a registered trademark of Hasbro, Inc. 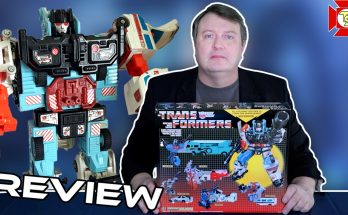 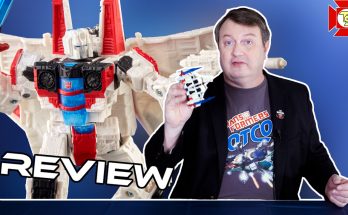 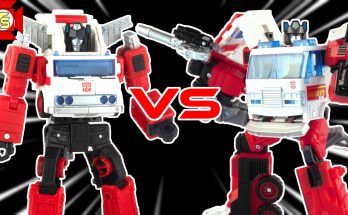