The Transformers third-party figure of The Last Prophet from Iron Factory is a great representation of Alpha Trion. The IF EX-49P package includes a fully transformable figure, a staff, multiple hands, and an attachment for display brackets. Captain Kyle reviews this homage to the grandfather of all Autobots to see if he’s worth the price.

First seen in the G1 Transformers cartoon episode “The Search for Alpha Trion,” this character has appeared in many episodes and was revealed to be the bot who converted Orion Pax into the Autobot leader Optimus Prime. Though many toy versions of this character exist, including ones from Botcon, Titans Return, ReAction and even Cyberverse, this one truly embodies the original character while being able to transform as well. Captain Kyle shows off the robot and alt modes for The Last Prophet and helps you determine if this toy is right for your collection.

If you’d like to get this figure, use this link: https://s.click.aliexpress.com/e/_9yp67T
The figure is sold through AliExpress and may take a while to arrive.

This figure is produced by Iron Factory and is not affiliated with Hasbro in any way. 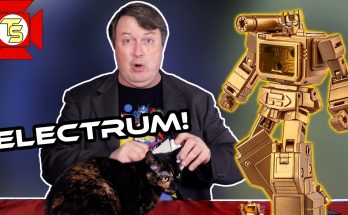