The Transformers Hotlink set from the Netflix line of Walmart exclusives features not only Hotlink, but Heatstroke and Heartburn, his two Decepticon Targetmaster weapons. In this review, Captain Kyle examines this Siege style seeker jet to give you the rundown on Hotlink and his two weapon friends.

The new Transformers War for Cybertron series will be released on Netflix and several additional characters have been released exclusively for this show. The toys of these characters are only available through Walmart (and eBay) and this review shows you the new Hotlink toy, which is very close in coloration to the Siege Decepticon Skywarp toy, plus two new Targetmaster weapons.

You’ll want to haunt your local Walmart to get these Netflix exclusive figures if you have access to one. If not, some are available on eBay. Click this link to search eBay for the Hotlink Transformer.

Transformers are a registered trademark of Hasbro. 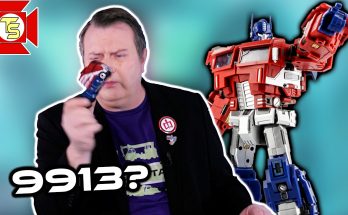