The Walking Dead will be gifting us 6 additional bonus episodes for season 10, referred to as 10C, and they’ve released a new trailer. The Governor Reacts to this trailer and does a breakdown, talking about all the hints and clues they’re giving us.

Various cast members provide voice over, as we hear Carol speaking of how the dead will eventually get them, Father Gabriel sounding convinced that evil is the new black… or norm… and Maggie telling Daryl (we think) that she told little Hershel that a bad man killed his daddy and he wanted to know if the bad man got what he deserved. 4 more seasons? Negan thinks so. Aaron, by the way, seems to be having a bad time. The Governor reacts to the trailer first, then breaks all the little scenes down and even points out some new faces.

The last part of Season 10 of TWD begins February 28th. Tune in and be on the lookout for the Governor’s reactions to each of those episodes.

Trailer footage is owned by AMC and used herein under fair use guidelines. 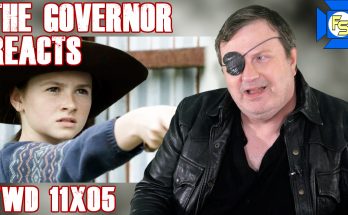 6 ‘Tales of The Walking Dead’ Episodes We Need To See!