The Walking Dead Season 10 Episode 20, “Splinter,” has nothing to do with the mentor of the Teenage Mutant Ninja Turtles and everything to do with Princess. We catch up with her and the others immediately following their surrender to the Clone Troopers in white. The Governor Reacts to this episode, commenting as usual about the good, bad and crazy. More so in this one. WARNING: Spoilers for this episode.

At the end of the “regular” season, Eugene, Yumiko, Ezekiel and Princess went to the meeting place so Eugene could make his moves on Stephanie, but instead they found white armored clone troopers rushing out to disarm them. This story focuses on Princess as she deals with her incarceration, interrogation and a splinter. The Governor reacts to all of this an gives a full review.

TWD S10E20 is the fourth of six bonus episodes and occurs immediately following the events of the delayed season finale.

Footage from The Walking Dead 10×20 is owned by AMC and used in this video in compliance with fair use guidelines. 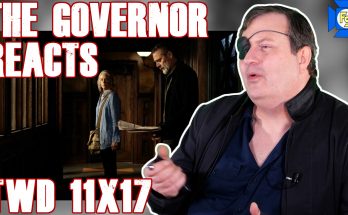