This week I’m discussing an issue I’m passionate about: discrimination in the cosplay community. For cosplayers of color like myself, we are constantly having to deal with internet trolls commenting on our pictures saying “that character isn’t Black”. It’s far too common a problem and has persisted over my career as a cosplayer.

The idea that a person can only cosplay characters of their same race is ridiculous. These comments are very common when a Black person cosplays an anime character. Trolls will complain that because the cosplayer doesn’t have fair skin they can’t dress as Sailor Moon or Mikasa or any other anime character. Here’s the kicker: these characters aren’t white either. There’s no rule or law saying Black people can only do Black characters. The same goes for any cosplayer of any race. Race is a non-factor if you want to cosplay. It is a form of expression that is colorblind. As long as you are happy with your portrayal of the character, that’s all that matters. Cosplay is for all. 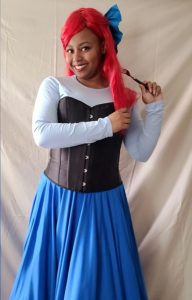 Another issue that I see a lot is people saying Black cosplayers are the Black version of any non-POC character they portray. For example, when I was Ariel at Motor City Comic Con in 2017.

I got the idea from Pinterest and managed to put it together for under $100 thanks to Amazon. I was really proud of how it turned out. I got compliments and pictures taken, but I also heard one question a lot: Are you the Black Ariel? This struck a nerve when I heard it. Why is my race the first thing you see, rather than the character I’m portraying? I’m not the only one to experience this. I follow various professional Black cosplayers on social media and that’s one complaint they all have expressed at some point. They don’t see race, they see the character.

Black cosplayers are constantly having to defend their place in the cosplay world. We always have to work to be seen and treated equally. When we don our cosplays we are paying tribute to a character we love. We’re entering the world of whichever character we’re portraying. The race of the character doesn’t matter to us if we’re a fan. We aren’t commonly represented so finding characters that we identify with and that look like us is harder. We just want to dress up and enjoy ourselves like everyone else. Bein Black isn’t something we need to be reminded of. We’re already painfully aware of our race, and our place in society. Let us take joy where we can find it. 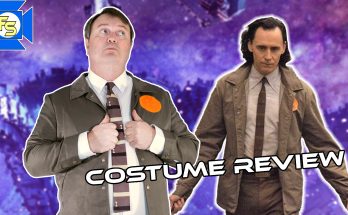 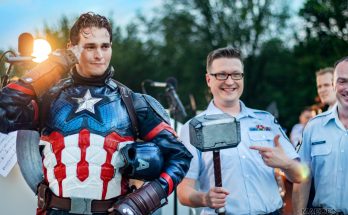 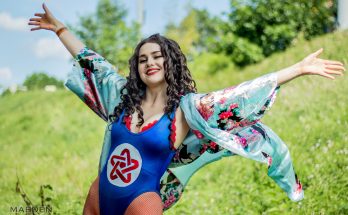 Erin is a forever nerd with a passion for writing about pop culture. While she loves many fandoms her favorites are DC, Harry Potter, Disney and Avatar the Last Airbender. When she's not writing articles here, she's also cosplaying, with favorites being Raven, Princess Peach and Black Canary. You can find her on both Twitter and Instagram by the handle Queen E Cosplays.

View all posts by Erin Moore →