20th Century Studios has released the first official trailer for The Bob’s Burgers Movie alongside a brand new poster. The big-screen adaptation of Fox’s long-running  series is described as an “animated, big-screen, musical comedy-mystery-adventure.”

The trailer begins with some sumptuous shots of various burger ingredients before cutting to Linda, who is sporting a combined bikini burger outfit in an attempt to draw more customers.

The official synopsis for the film reads:

The Bob’s Burgers Movie is an animated, big-screen, musical comedy-mystery-adventure based on the long-running Emmy-winning series. The story begins when a ruptured water main creates an enormous sinkhole right in front of Bob’s Burgers, blocking the entrance indefinitely and ruining the Belchers’ plans for a successful summer. While Bob and Linda struggle to keep the business afloat, the kids try to solve a mystery that could save their family’s restaurant. As the dangers mount, these underdogs help each other find hope and fight to get back behind the counter, where they belong.

The Bob’s Burgers Movie was first announced in 2017 when series creator Loren Bouchard first confirmed the transition to the big screen.

“We know the movie has to scratch every itch the fans of the show have ever had, but it also has to work for all the good people who’ve never seen the show. We also know it has to fill every inch of the screen with the colors and the sounds and the ever so slightly greasy texture of the world of Bob’s, but most of all it has to take our characters on an epic adventure. In other words, it has to be the best movie ever made. But no pressure, right?” 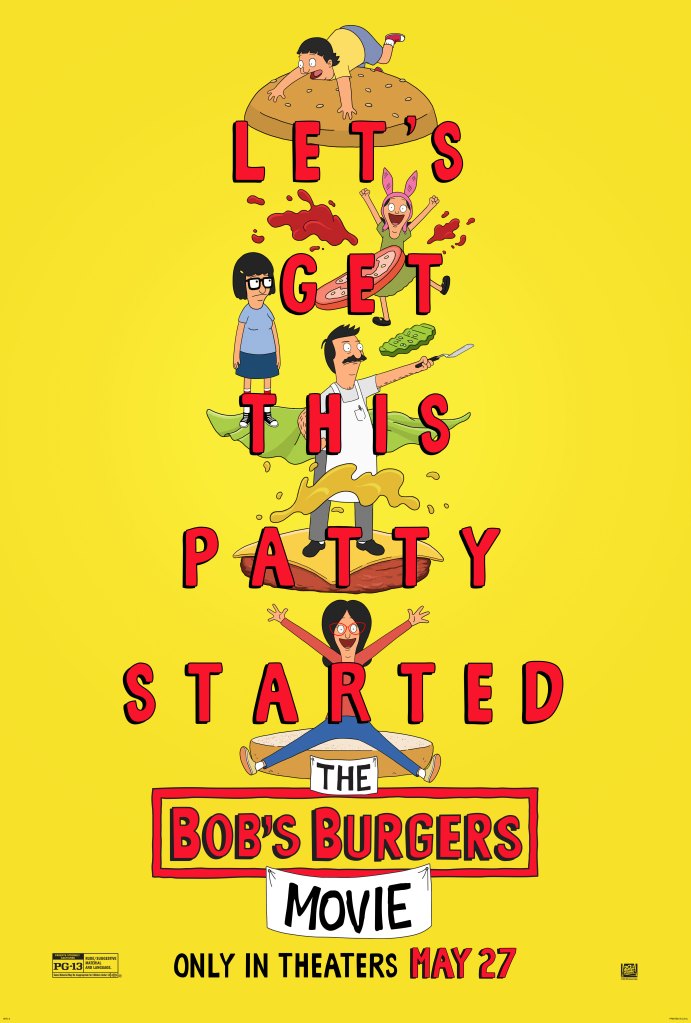