Screen Media has released the official trailer for its upcoming horror release, The Harbinger – which you can check out below.

The film, which is being billed as a “paranormal Hitchcockian thriller,” will star The Black Phone standout Madeleine McGraw.

A synopsis for The Harbinger reads:

Daniel and Theresa Snyder move their troubled young daughter Rosalie to a quaint Midwestern town. Soon after they arrive, neighbors begin to die. The townspeople suspect Rosalie and shun the Snyder family. Fearing something evil followed them, the tormented parents seek the advice of a Native American seer who tells them that only death can save Rosalie. When more people die and a detective starts looking into the mysterious deaths, the Snyders must do whatever it takes to protect their family.

The Harbinger will be available in select theaters and On Demand on September 2nd. 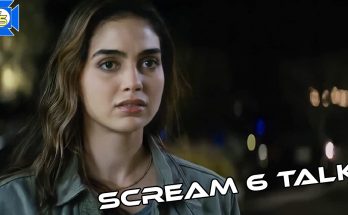 Melissa Barrera Talks Scream 6 – “This One Is On Another Level”