The Batman finally hits theatres this Friday and the early reception has been overwhelmingly positive. Ahead of the film’s release, Warner Bros. hosted their New York Premiere last night at the Lincoln Center.

Each cast member in attendance showcased their own unique style but Zoë Kravitz stole the show with her Catwoman-inspired outfit! (Check out images from the event below.) 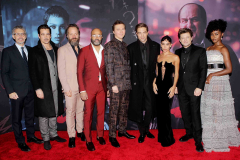 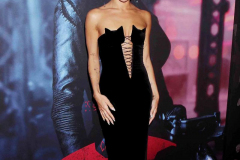 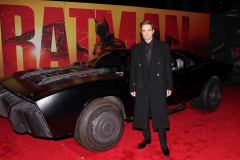 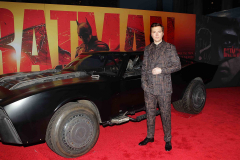 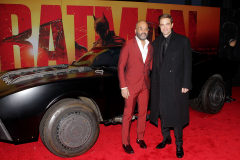 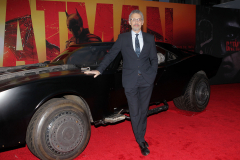 Director, Matt Reeves’ vision for The Caped Crusader will see Batman in his second year of crime fighting. When the Riddler, a sadistic serial killer, begins murdering key political figures in Gotham, Batman is forced to investigate the city’s hidden corruption and question his family’s involvement.

Described as a noir driven detective story, The Batman will see Robert Pattinson’s Dark Knight delve into the deep underbelly of Gotham City, encountering a host of rogues gallery members along the way.

Starring alongside Pattinson are Paul Dano as The Riddler, Zoë Kravitz as Catwoman, Colin Farrell as Penguin, Jeffrey Wright as Jim Gordon, John Turturro as Carmine Falcone and Andy Serkis as Alfred Pennyworth.