News broke yesterday that Cineworld, the owners of Regal Cinemas in the US, is preparing to file for bankruptcy in the US. They are also considering filing for insolvency in the UK. While unconfirmed, reports suggest that the chain is struggling to get attendance figures back up to pre-pandemic levels.

Even with films like Spider-Man: No Way Home and Top Gun: Maverick recently making well over a billion dollars and others like The Batman, Dr Strange In The Multiverse of Madness and Jurassic World Dominion pushing that total, the news confirms that all is still not well in the industry. While more details are sure to come out, we can only speculate on the full reasons behind the decision.

As we prepare to say goodbye to the summer blockbuster season, many have referenced a lack of high-profile content hitting the big screen as an area of concern, but there are many releases coming soon that deserve your attention.

The year will end with a bang as Wakanda Forever, Shazam 2, and Avatar: The Way of Water hit the big screen in November and December, but here’s a look at some other exciting releases hitting cinemas soon!

(Please check local listings for release dates in your country.)

Out in the US now, UK release date August 26th.

Idris Elba stars in a pulse-pounding new thriller about a father and his two teenage daughters who find themselves hunted by a massive rogue lion intent on proving that the savannah has but one apex predator.

Out now in the US, UK release date: September 9th

This new Gen Z comedy-horror film comes from A24, the studio behind releases like Hereditary and Midsommar. When a group of rich 20-somethings plan a hurricane party at a remote family mansion, a party game turns deadly in this fresh and funny look at backstabbing, fake friends, and one party gone very, very wrong.

Out now in the US, UK release date: August 30th

For best friends Becky and Hunter, life is all about conquering fears and pushing limits. But after they climb 2,000 feet to the top of a remote abandoned radio tower, they find themselves stranded with no way down. Now Becky and Hunter’s expert climbing skills will be put to the ultimate test as they desperately fight to survive the elements, a lack of supplies, and vertigo-inducing heights in this adrenaline-fueled thriller.

After the death of her mother and having no other known relatives, Evie (Nathalie Emmanuel) takes a DNA test…and discovers a long-lost cousin she never knew she had. Invited by her newfound family to a lavish wedding in the English countryside, she’s at first seduced by the sexy aristocrat host but is soon thrust into a nightmare of survival as she uncovers twisted secrets in her family’s history and the unsettling intentions behind their sinful generosity.

See How They Run

In the West End of 1950s London, plans for a movie version of a smash-hit play come to an abrupt halt after a pivotal member of the crew is murdered. When world-weary Inspector Stoppard (Sam Rockwell) and eager rookie Constable Stalker (Saoirse Ronan) take on the case, the two find themselves thrown into a puzzling whodunit within the glamorously sordid theater underground, investigating the mysterious homicide at their own peril.

In “Barbarian,” a young woman traveling to Detroit for a job interview books a rental home. But when she arrives late at night, she discovers that the house is double booked, and a strange man is already staying there. Against her better judgment, she decides to spend the evening but soon discovers that there’s a lot more to fear than just an unexpected house guest.

The Woman King is the remarkable story of the Agojie, the all-female unit of warriors who protected the African Kingdom of Dahomey in the 1800s with skills and a fierceness unlike anything the world has ever seen. Inspired by true events, The Woman King follows the emotionally epic journey of General Nanisca (Oscar®-winner Viola Davis) as she trains the next generation of recruits and readies them for battle against an enemy determined to destroy their way of life. Some things are worth fighting for…

Filmmaker Ti West returns with another chapter from the twisted world of X, in this astonishing follow-up to the year’s most acclaimed horror film. Trapped on her family’s isolated farm, Pearl must tend to her ailing father under the bitter and overbearing watch of her devout mother. Lusting for a glamorous life like she’s seen in the movies, Pearl finds her ambitions, temptations, and repressions all colliding in this stunning, technicolor-inspired origin story of X’s iconic villain.

Alice and Jack are lucky to be living in the idealized community of Victory, the experimental company town housing the men who work for the top-secret Victory Project and their families. The 1950s societal optimism espoused by their CEO, Frank —equal parts corporate visionary and motivational life coach—anchors every aspect of daily life in the tight-knit desert utopia. While the husbands spend every day inside the Victory Project Headquarters, working on the “development of progressive materials,” their wives—including Frank’s elegant partner, Shelley —get to spend their time enjoying the beauty, luxury and debauchery of their community. Life is perfect, with every resident’s needs met by the company. All they ask in return is discretion and unquestioning commitment to the Victory cause. But when cracks in their idyllic life begin to appear, exposing flashes of something much more sinister lurking beneath the attractive façade, Alice can’t help questioning exactly what they’re doing in Victory, and why. Just how much is Alice willing to lose to expose what’s really going on in this paradise?

After witnessing a bizarre, traumatic incident involving a patient, Dr. Rose Cotter (Sosie Bacon) starts experiencing frightening occurrences that she can’t explain. As an overwhelming terror begins taking over her life, Rose must confront her troubling past in order to survive and escape her horrifying new reality.

Amsterdam, the latest film from acclaimed writer/director David O. Russell, is a fascinating and richly intricate tale that brilliantly weaves historical fact with fiction for a timely, cinematic experience. 20th Century Studios’ and New Regency’s original crime epic about three close friends who find themselves at the center of one of the most shocking secret plots in American history, will open exclusively in theaters on October 7, 2022.

After 45 years, the most acclaimed, revered horror franchise in film history reaches its epic, terrifying conclusion as Laurie Strode faces off for the last time against the embodiment of evil, Michael Myers, in a final confrontation unlike any captured on-screen before. Only one of them will survive.

Four years after the events of last year’s Halloween Kills, Laurie is living with her granddaughter Allyson (Andi Matichak) and is finishing writing her memoir. Michael Myers hasn’t been seen since. Laurie, after allowing the specter of Michael to determine and drive her reality for decades, has decided to liberate herself from fear and rage and embrace life. But when a young man, Corey Cunningham (Rohan Campbell; The Hardy Boys, Virgin River), is accused of killing a boy he was babysitting, it ignites a cascade of violence and terror that will force Laurie to finally confront the evil she can’t control, once and for all.

From New Line Cinema, Dwayne Johnson stars in the action-adventure “Black Adam.” The first-ever feature film to explore the story of the DC Super Hero comes to the big screen under the direction of Jaume Collet-Serra (“Jungle Cruise”). Nearly 5,000 years after he was bestowed with the almighty powers of the ancient gods—and imprisoned just as quickly—Black Adam (Johnson) is freed from his earthly tomb, ready to unleash his unique form of justice on the modern world.

The Devils Light (aka Prey For The Devil)

In response to a global rise in demonic possessions, the Catholic Church reopens exorcism schools to train priests in the Rite of Exorcism. On this spiritual battlefield, an unlikely warrior rises: a young nun, Sister Ann (Jacqueline Byers). Although nuns are forbidden to perform exorcisms, a professor (Colin Salmon) recognizes Sister Ann’s gifts and agrees to train her. Thrust onto the spiritual frontline with fellow student Father Dante (Christian Navarro), Sister Ann finds herself in a battle for the soul of a young girl (who Sister Ann believes is possessed by the same demon that tormented her own mother years ago), and soon realizes the Devil has her right where he wants her….and it wants in.

A couple travels to a coastal island to eat at an exclusive restaurant where the chef has prepared a lavish menu, with some shocking surprises.

Has our list added any new movies to your watchlist? Let us know in the comments section. 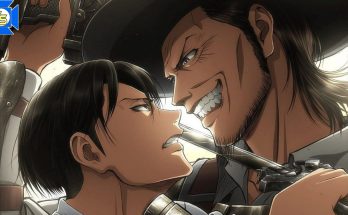 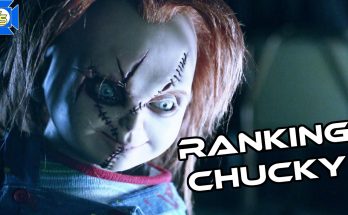 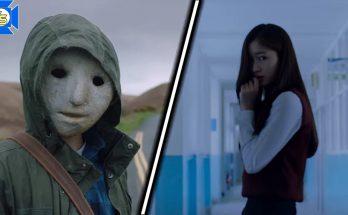