Supanova 2021 was held this past weekend in Melbourne, Australia, marking a clear return of sizable conventions in the state of Victoria. While here in the US we’re still mostly relegated to attending masked, outdoor events held in parking lots, this year’s Supanova could’ve been mistaken for a pre-pandemic con.

The following review is courtesy of Eleanore B (@cpt_eleanore) 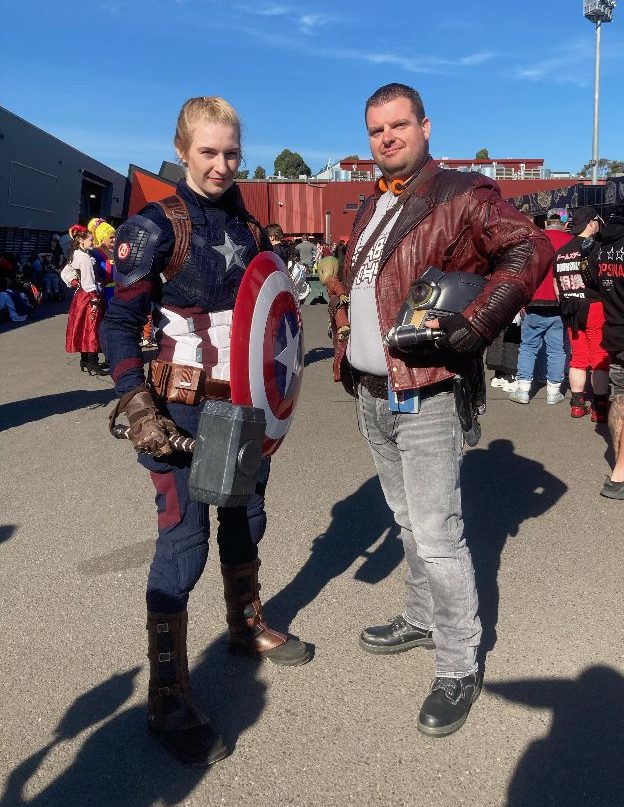 “The mask rules were that wearing them wasn’t required most of the time, but they did have to be carried and were required when social distancing wasn’t possible. This is simply the same as our current state laws that we’ve been following for some time now. A few people were wearing them inside where it was busier, as a result, but given we’ve had multiple days of no cases at all, we all feel safe without them and not many people were wearing them.

The convention was a little smaller, crammed into one building instead of the usual 2 halls, but I still felt there was plenty to see and do. We were all exhausted by the end and didn’t even see everything!

There were some issues with running the convention smoothly, particularly the half-hour wait around lunchtime on Saturday,  simply to get into the con hall from the outdoor area that was also ticketed – it was unclear whether the bottleneck was due to Covid-19 limits or just the organisers being out of practice. But, the event was otherwise enjoyable and really felt like coming home!

For me, the highlight of cons is always the people, and it was fantastic to be able to catch up with friends I’d missed, and meet new people I’d spoken with online during our lockdown that I had not yet had the chance to meet in person.

The atmosphere was a buzz, and while some precautions were still in place, such as distanced seating in panels, we felt comfortable and like we were able to enjoy each other’s company again after so long. It was such a reward to be back in cosplay and together with this amazing community, after the time we’ve had.”

Officials have announced that Melbourne is now entering another 7-day lockdown after 26 new cases were reported. It’s unknown if any of these individuals attended Supanova. Several attendees reported feeling ill after the event, but later tested negative for Covid-19 and appear to have simply caught “con flu.”