On March 23rd, 2019, fans who had registered to attend the Doctor Who themed convention ReGeneration Who 5 were informed via email the event had been canceled. Shortly following, a message was posted both to the events’ website and on Facebook:

As a result of a string of last minute cancellations, we see no alternative but to cancel (Re)Generation Who 5. We want to apologize for this as we tried every way possible to move forward, but could not find a way to produce an event of the quality you have come to expect from us.

We will be working with our team to determine if there are any options moving forward.

Please note you will need to contact the hotel directly if have guest room reservations.

This convention was scheduled to take place from March 29th through the 31st, 2019, at the Bethesda North Marriott in Rockville, Maryland. Announced guests had included Catherine Tate, who played Donna Noble opposite the 10th Doctor, Ingrid Oliver, who played Osgood in the 50th Anniversary special and beyond, and Sylvester McCoy, who played the 7th Incarnation of the Doctor.

This announcement upset many registered attendees. The announcement made no mention of refunds for admission packages, pre-paid photo ops or autographs. While some fans are anxiously waiting for further word from the convention organizers, a few are already contacting their financial institutions to dispute the charges. While the timing of this announcement likely allows most attendees to cancel hotel reservations without penalty, those who may have purchased airfare might have more difficulty recouping those costs. 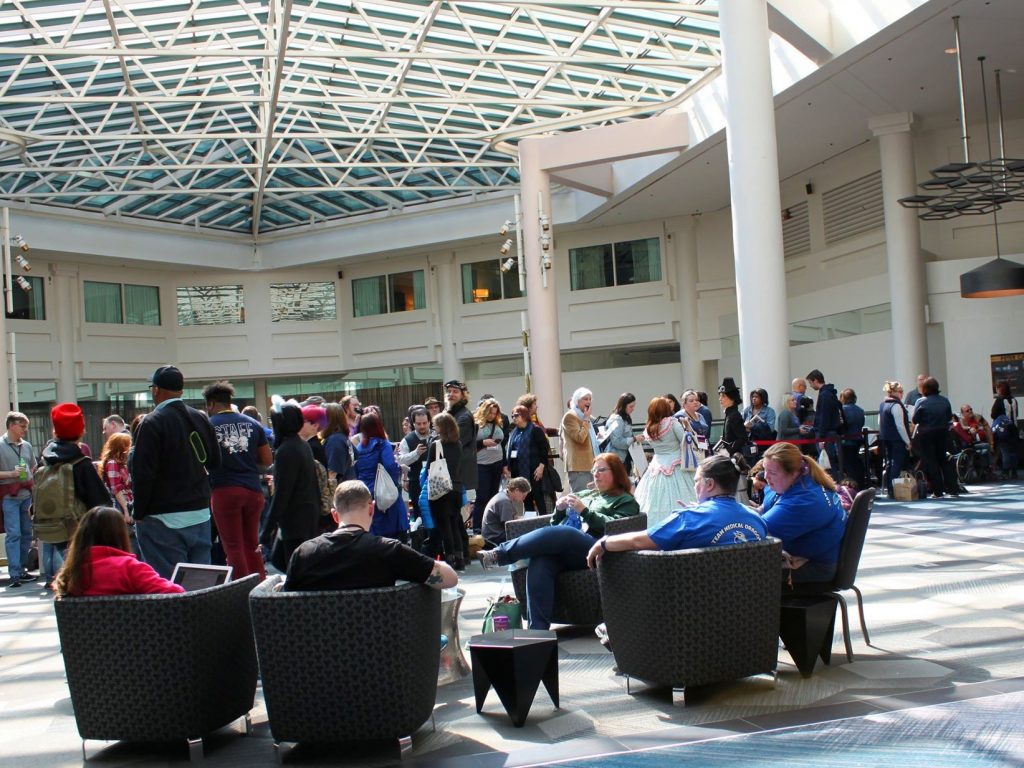 Though the announcement did not mention any refunds, those who had pre-purchased autographs through vendor Wibbily Wobbly Timey Wimey should be aware of this message:

We were just informed by the staff of (Re)Generation Who 5 that the event this upcoming weekend, March 29th – 31st, has been cancelled! We have turned off the option to buy autographs from the website and will be issuing refunds for those already purchased as soon as possible.

We are deeply saddened by this news, as we had several unique items that we were going to debut at the event. We intend to get these items on the website as soon as possible.

We will be having a digital marketplace in the WWTW group. All ReGen vendors will be welcome, if pre-approved. More information about this will be coming soon.

However, much of the dismay has not been exclusively focused on financial aspects. The disappointment of many fans relates to the missed social opportunities the convention had provided. For some, the highlights of the event were not the opportunities to meet the actors, but to connect and re-connect with fellow fans. Some even have proposed still trying to go ahead with a more informal Doctor Who related gathering in place of the convention.

It is clear that this event meant a lot to the fans. Many of these discussions can be found in the ReGenerators Fan Group on Facebook.

Those who planned to sell merchandise were also affected. Vendors who rely on these conventions for a substantial portion of their revenue have lost this opportunity to connect with customers. They also need to be concerned about the fees paid for vendor space. 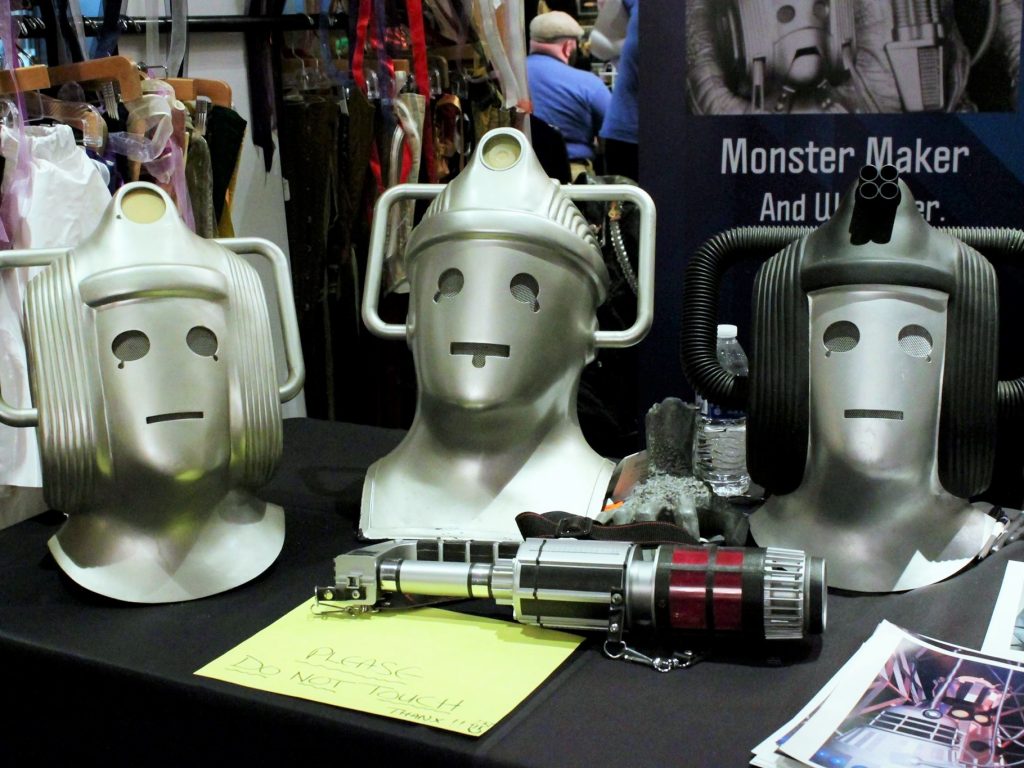 Props on display at ReGeneration Who 4

Some vendors have formed a group in response to this cancellation. They plan to have an online sale on the same dates of the convention to hopefully allow artists and vendors to sell some of their wares. This group can be found at https://www.facebook.com/groups/regeneratingart/

What Fans Should Do

If you were planning on attending, it is highly recommended that you cancel your hotel stay immediately. If you had planned to travel by air, some airlines allow cancellations to be turned into credit for future flights.

As for refunds from the event, only autograph refunds placed through Wibbily Wobbly Timey Wimey have been addressed. The status of other refunds may be up in the air, but keep in mind the announcement was made on a weekend. This was likely to allow people the maximum amount of time to cancel reservations without penalty. Arranging refunds will certainly require the staff of ReGeneration Who to contact their financial institutions, which they probably can’t do until Monday at the earliest. So we should hear word on other refunds within the next few business days.

It is suggested that before you contact your own financial institutions to dispute charges, give the event organizers a few days to address refunds. Disputing charges early may cause difficulties in providing refunds and can cause the organizers increased expenses. If need be, you can dispute the charges later in the week. Especially if you would like to see this event possibly return next year.

Fallout for the Event

The cancellation of a popular event such as this one will definitely have consequences in regards to future events. Even if refunds are promptly and efficiently issued, consumer confidence has been shaken. If an event is announced for next year, some may decide to skip it out of fear of cancellation or purchase their admission at the door.

The event organizers are likely to incur a number of expenses due to this cancellation. The venue and some guests presumably require cancellation fees, and charges for guest flights can be difficult to recover as well.

This cancellation is definitely putting the prospect of future ReGeneration Who events in doubt.

The fact they decided to cancel the event instead of trying to get some last minute guests as replacements, with all the consequences this entails, definitely shows they felt the event would have been more damaging to hold than to cancel.

Information about this event can also be found on the website: https://regenerationwho.com/

We will provide more information in regards to this story as it becomes available.

EDIT: This article has been updated to reflect that only refunds for autographs purchased through Wibbily Wobbly Timey Wimey Shop have been addressed.