After weeks of speculation, Sony dropped the hotly anticipated PlayStation Showcase, bringing with it 40 jam-packed minutes of announcements and reveals.

Sony has been notably absent from E3 in the last few years, instead opting to spotlight their upcoming games in showcases. Yesterday’s stream announced a wide range of new titles set to release over the holidays and beyond.  Here are six of the highlights from the showcase event.

PlayStation kicked off their showcase with the surprise announcement that Star Wars: Knights of the Old Republic is getting a remake for PlayStation 5. There’s currently no release date, and the trailer didn’t show any gameplay, but fans across the board seem hyped by the announcement.

Gearbox’s Tiny Tina’s Wonderlands finally has a release date after being announced at E3 this year to much excitement; fans can get their hands on the game on March 25 next year. The showcase trailer shows more gameplay and clips of the colourful, fun fantasy setting. In Dungeons & Dragons style, the game leans into the swords and sorcery theme…with slightly more guns. The Babymetal backing track accompanying the fast-paced gameplay is a highlight.

Forspoken by Square Enix got a more in-depth trailer, showcasing the fantasy realm protagonist Frey Holland is transported to. The trailer focuses as well on further monster-fighting, magic-casting gameplay. The game itself looks gorgeous, and the interactions between Frey and the sentient arm cuff she finds attached to her add some nice comic relief. The game is set to release in Spring 2022, although there’s no set date yet.

In the first of two exciting Marvel game announcements, Spider-Man 2 is coming to consoles in 2023. The short teaser trailer seems to indicate appearances from Miles Morales and Venom, and is a perfectly timed announcement on the tail end of the Spider-Man: No Way Home trailer hype train. Hopefully, we will get some gameplay reveals soon.

The long-awaited trailer and name announcement for God of War: Ragnarok is here! Once again set in the Norse setting from the previous game, Ragnarok follows Kratos and Atreus, both a little older, as the father-son duo butt heads and interact with gods. The combat is once again dynamic, and the game, as expected, looks gorgeous. Herman Hulst from PlayStation confirmed in the post-showcase interviews that this would be the last God of War installment in the Norse setting, so it will be interesting to see how the upcoming release finalizes the story.

In another of Marvel and Insomniac Games’ surprise announcements, a Wolverine game is coming out soon. There’s no release date or gameplay yet, but the short teaser trailer shows Logan at a bar that looks to be the setting for a brawl moments prior. Fans will be waiting on the edge of their seats for more info on this one.

What was your favourite announcement from the PlayStation showcase? Let us know in the comments! 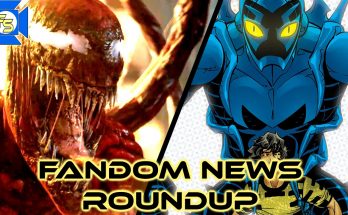 View all posts by Emily Spindler →