Hey, Fandom Fans! Welcome back to your weekly source for fandom news–The Fandom News Roundup. It’s a curated list of the hottest stories in film, tv, games, and more. We keep you in the know, so you can be the coolest cat at the water cooler.  Is water cooler talks still a thing? Anyways, let’s remind you of what we already covered this week with the rapid-fire!

Universal has released the final trailer for Jordan Peele’s Nope alongside a new international trailer. Described as a “reimagining of the summer movie,” Universal calls the film a “new pop nightmare” and an “expansive horror epic.”

It has been over a decade since it was announced that the Rock would be playing DC Comic’s villain–Black Adam. The wait is almost over as we get our first official teaser trailer for the villain’s solo film.  Witness the dawn of a new era of the DCEU.

Aimee Garcia, known for her role in Lucifer, took to her personal Instagram to announce a special contest.

They hunt to live. It lives to hunt. Hulu has released the first official trailer for its upcoming Predator prequel film, Prey.

Netflix’s South Korean Zombie series, All of Us Are Dead has been renewed for a second season.

Netflix has released a first-look teaser for its new horror series, The Midnight Club. Created by Mike Flannagan (The Haunting of Hill  House, The Haunting of Bly Manor, and Midnight Mass), the series will be an adaptation of Christopher Pike’s young adult novels of the same name.

Netflix’s Geeked Week is in full swing and we have already covered some breaking stories.  Netflix dropped a teaser trailer for Sandman.

AMC has released first-look images and a release date for its upcoming Walking Dead spin-off, Tales of The Walking Dead.

Rumors have been circulating that suggested Neve Campbell will not return as Sidney Prescott in Scream 6 and now we have confirmation.

Netflix’s “Geeked Week” is underway and the annual virtual event kicked off by giving us our first look at the upcoming Addams Family spin-off series, Wednesday.

Disney’s upcoming animated film features a Strange World where the past and the future collide.

Marvel’s Midnight Suns released a new trailer for the epic video game.  The video game features iconic Marvel Comic characters taking on an army from Hell. LITERALLY.  Join Dr. Strange, Wolverine, Spider-Man, and more as they fight to save the world and our souls. The game will be officially released on October 7, 2022. Pre-orders for Midnight Suns are currently live and there are 4 different versions with different DLCs and other special content. 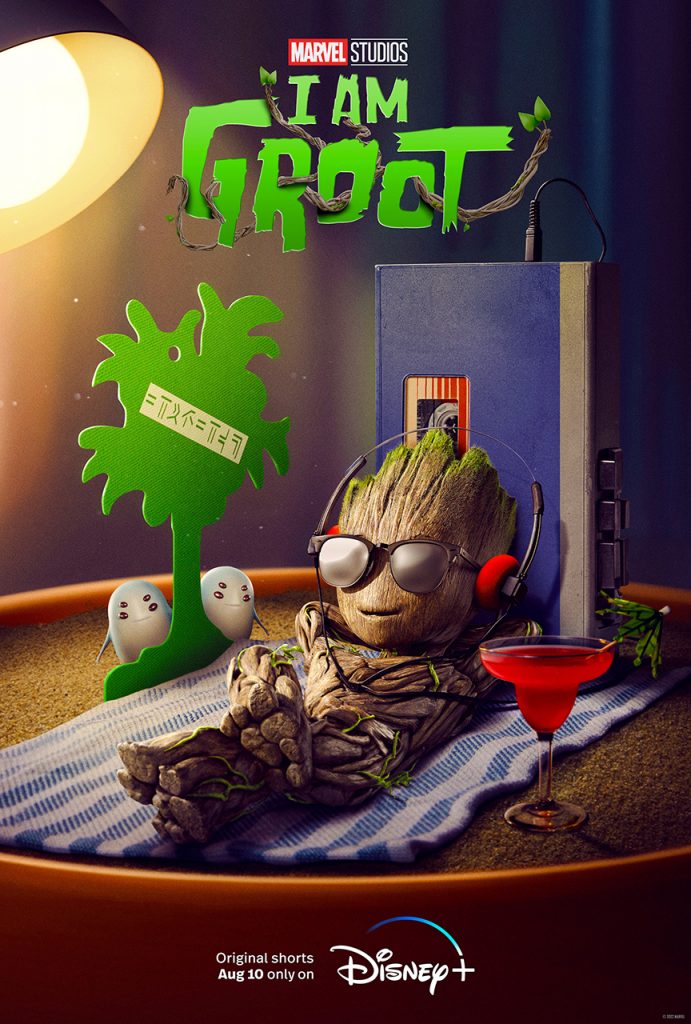 Everyone’s favorite galactic tree is ready to take over the Summer. Groot from Guardians of the Galaxy is getting his series on Disney Plus. I am Groot will feature original shorts of the little tree doing what he does best–being adorable. I am Groot will stream exclusively on Disney Plus starting August 10, 2022.

The Neighbors are Real Munsters

What’s old is new again, and now it’s in COLOR! Rob Zombie writes and directs  The Munsters reboot for Universal Pictures All-Access channel. The trailer features one of America’s most beloved and spoopy families, The Munsters.  The teaser leans hard on nostalgia which is a good thing if you ask us. The show is slated to be released later this year.

Build a Bear has quickly become a place for nerds of all ages to get exclusive merch! The retail franchise has added some beary good doctors to its selection.  Whovians can purchase a bear version of the Fourth Doctor, the Tenth Doctor, and the Twelfth Doctor.  These special furry doctors are online exclusives, so, you’ll have to head to the build a bear website to purchase one or all of them.

They heard the fans’ calling and now Manifest is back.  The show about a group of airplane passengers that disappeared and returned 5 years later as if nothing ever happened; was revived through a vigorous campaign by fans. Season 4 of the show will stream exclusively on Netflix.  The new season will pick up right after the series finale when the show was canceled after only three seasons. By the looks of the trailer, it seems the callings will bring fans closer to the answers they have been wanting.

The Thunderbolts to Strike a Theater Soon 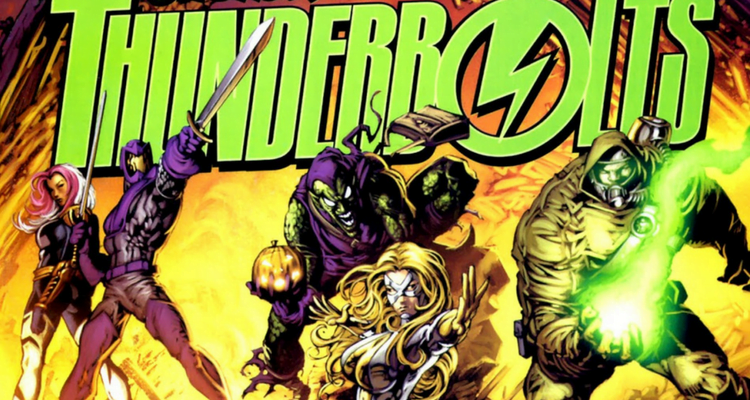 Since the end credit scenes of Falcon and The Winter Soldier and Black Widow, fans have suspected that The MCU would be assembling the anti-hero team–The Thunderbolts.  The fans were correct. It was announced this week that Marvel Entertainment has greenlit a Thunderbolts film. Jake Schreier will be directing the film.  The writer of the Black Widow film, Eric Pearson, will helm the script for The Thunderbolts.

Ezra Miller Accused of Grooming Since 2016 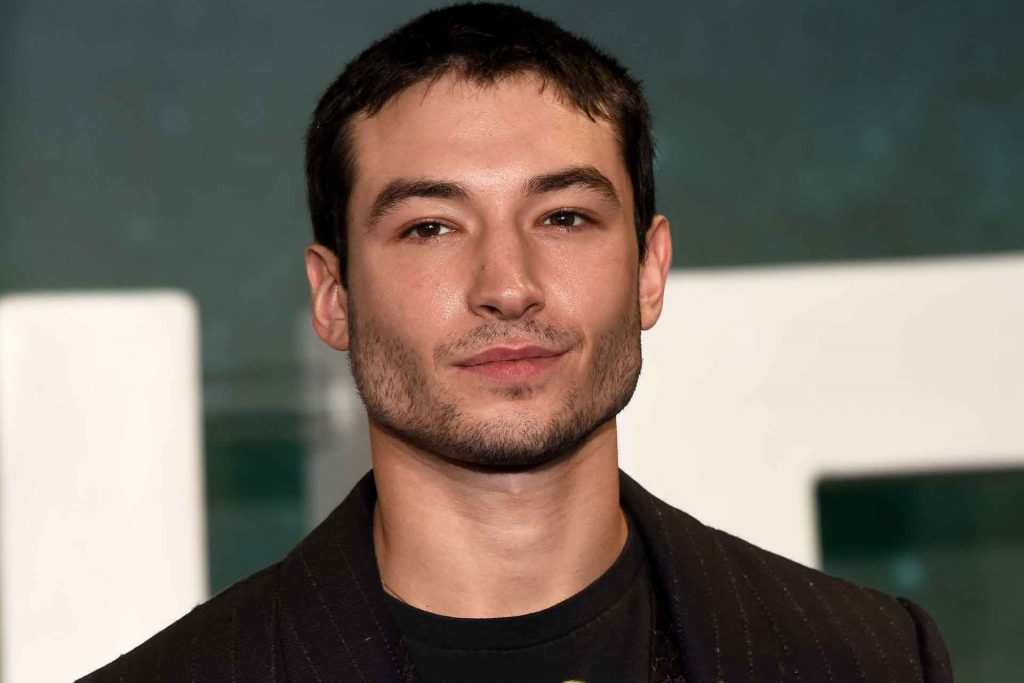 Actor Ezra Miller has found themselves in the headlines a lot recently. None of it for anything good.  New allegations have come to light this week. According to reports, Tokata Iron Eyes met a then-23-year-old Miller in 2016  when she was just 12  and the actor was visiting the Standing Rock Reservation in North Dakota.  Tokata’s parents say she and Ezra developed a friendship they believe put Tokata at risk. Tokata’s parents say Miller flew her to London in 2017 to visit the studio where Fantastic Beasts and Where to Find Them was filmed, as she was a big fan and Miller was a star in the movie. At the time of the trip, they say Tokata was 14 and Miller was 25. Iron Eyes’ parents claim Ezra supplied their underage daughter with alcohol, marijuana, and LSD. Tokata was with the Flash actor during their recent incidents in Hawaii.

Her parents stated in legal documents that “Ezra uses violence, intimidation, threat of violence, fear, paranoia, delusions, and drugs to hold sway over a young adolescent Tokata.”  Tokata released a statement online refuting her parent’s claims, stating “she is mentally stable,” and that Miller is helping her with her battle with “depression and anxiety.”

Tokata’s parents are asking the court to step in and issue an order of protection against Ezra on behalf of their daughter, and a hearing is set for next month. We will continue to update you on this story.
That concludes this week’s roundup! We covered a lot of superhero stuff. What story will you be sharing with your friends? Let us know in the comments below. Remember to stay safe and stay hydrated and we’ll see you next week for another Fandom News Roundup.