Halloween Kills is written and directed by David Gordon Greene and stars Jamie Lee Curtis, Judy Greer. and Anthony Michael Hall. The film picks up immediately after the events of Halloween (2018) with Michael left to burn in the fiery confines of the Strode basement. But what seems like an inescapable situation proves a minor inconvenience as Michael rises like a phoenix from the flames, angrier than ever, and hell-bent on revenge. What ensues is an uneven exploration into human behavior, which heightens the body count, whilst lowering any sense of what made John Carpenter’s original so iconic.

The Halloween franchise resurrected in 2018 with a deep, personal look into the long-lasting trauma Laurie Strode has suffered and Halloween Kills takes that idea one step further, following the effects of Michael’s bloody past and the impact it has had on the entire town of Haddonfield. An interesting idea, with many intriguing possibilities, that feels massively underutilized. The film brings back legacy characters from the franchise who take center stage, leaving Laurie a spectator for the most part and this derails any momentum gained from the previous entry.

The majority of the characters become more comical than convincing and play heavily into the ‘horror characters making stupid decisions troupes’.  Mob mentality becomes a central focus and Halloween Kills looks at the way human behavior is altered during times of tragedy. Anger and grief fuel the residents of Haddonfield to strike back once word of Michael’s escape becomes known, but the film is bogged down by ridiculous decision making, and a piss-poor manhunt strategy that allows Michael to easily eliminate townsfolk, one idiot at a time.

“You can’t kill the Boogeyman” is an overarching theme throughout the franchise’s history, and the film tackles that idea further here. It plays with the mythology behind the man and teases different avenues moving forward. For this part though, Michael is more vicious and merciless than ever before. The bloodshed is high as Michael eviscerates his way through all unsuspecting victims in an entertaining fashion, but every kill lacks any sense of surprise or suspense. There is no second-guessing, the noise in the shadows is always Michael, and this lack of tension really alters the killing experience.

Flashbacks are consistently used throughout, acting as the reference point for the plot, but most become overdone and unnecessary. That said, the film does a great job in taking us back to the night of Halloween 1978, showing us the events of Michael’s initial rampage unfold from a different perspective. The production team does a fantastic job in reinventing the visual style of that era, with a scene that effectively captures the look and feel of Carpenter’s original piece.

Halloween Kills begins with an interesting premise and the potential for deeper thematic conversation, but falls way short on its execution of both. The body count is high, with a plethora of gruesome kills that should appease die-hard fans of the genre, but a lack of tension leaves the kills feeling empty. Michael’s thirst for blood is at an all-time high, but overcrowded sub-plots, lack of narrative focus, questionable acting, and comical dialogue leave this installment a forgettable entry.

Halloween Kills is out in cinemas and streaming on Peacock now. 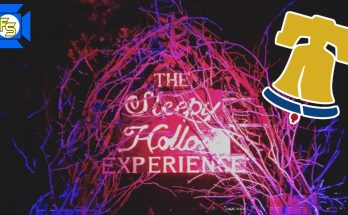 The Sleepy Hollow Experience Will Come to Life in Philadelphia! 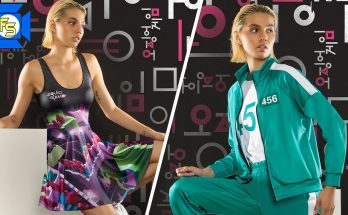 New Squid Game Fashion Collection Because Why Not?