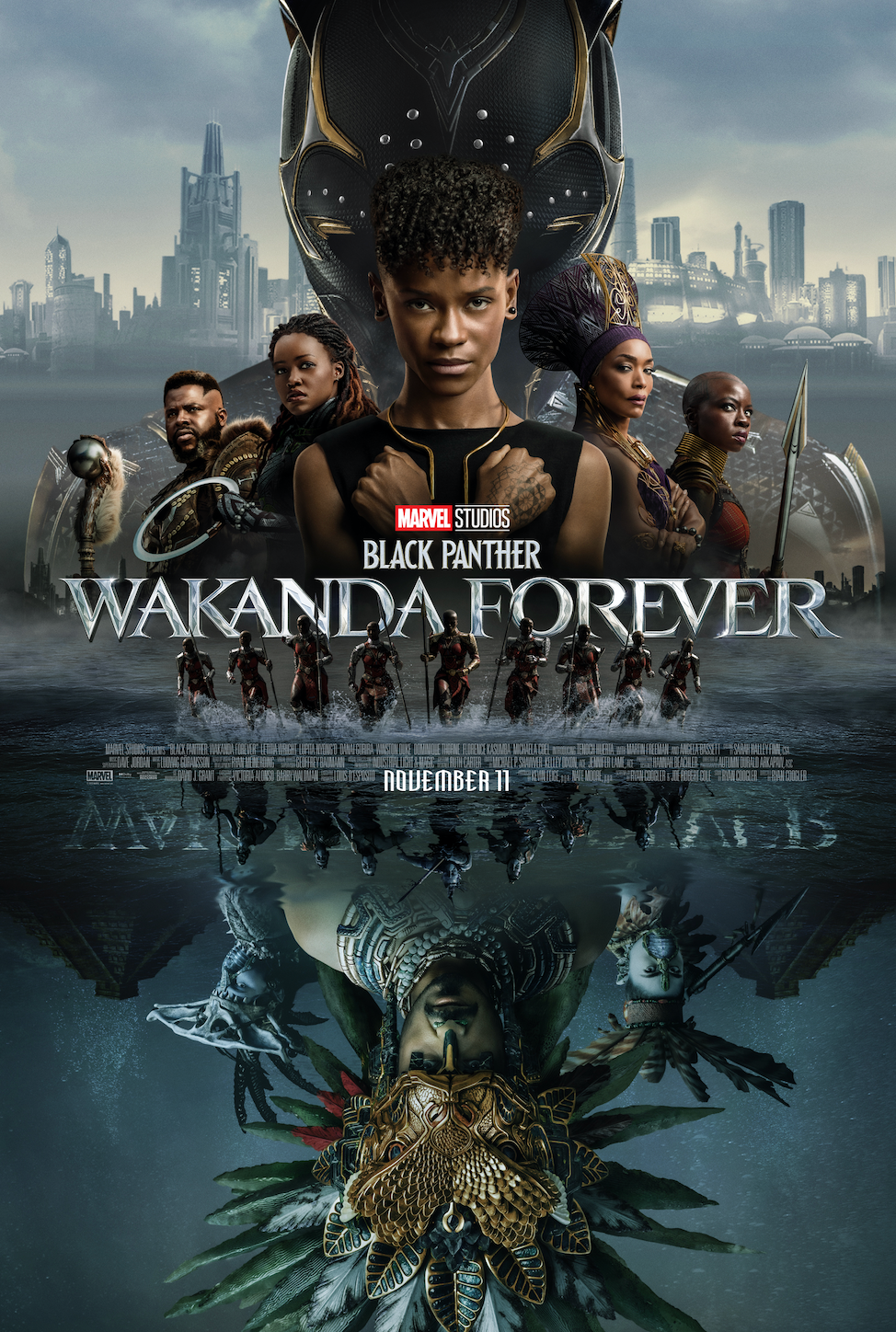 Show them who we are.

Marvel has released a brand new trailer and poster for the upcoming Black Panther sequel, Wakanda Forever – which you can check out below.

Wakanda Forever comes to us in the wake of Chadwick Boseman’s untimely passing and sees Ryan Coogler return to the director’s chair.

Queen Ramonda, Shuri, M’Baku, Okoye, and the Dora Milaje fight to protect their nation from intervening world powers in the wake of King T’Challa’s death. As the Wakandans strive to embrace their next chapter, the heroes must band together with Nakia and Everett Ross to forge a new path for their beloved kingdom.

The first trailer for Black Panther: Wakanda Forever was a moving piece that really honed in on the nation of Wakanda as they mourn the loss of their king. It also served as a fitting tribute to Boseman and the legacy he has left. In this latest trailer, we get a closer look at the core story, alongside shots of a flying Namor, an armored Ironheart, and the brand new Black Panther suit! Which promises a female Black Panther is coming.

According to a released runtime, Black Panther: Wakanda Forever will become the MCU’s second longest movie ever, clocking in at around whopping 2 hours and 41 minutes.