One of the most anticipated films this year has arrived on the big screen and people have mixed reactions. The director and co-writer Todd Phillips has decided to paint a deeper picture of Joker’s background.

Artur Fleck, played by Joaquin Phoenix, is the titular character in the movie and is a lonely man and societal loser living in 1981 Gotham City. He is a former psychiatric patient but is now living with his mother Penny in a chaotically organized and filthy apartment. He also has a neurological condition and can burst into laughter at any time. 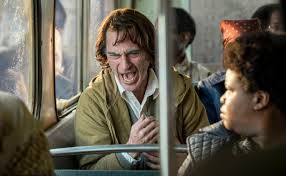 Basically, his mood is swinging like the NBA basketball betting odds and you can catch him in a different state every minute.  He is driven by his passion for becoming a comedian and a crush on his neighbor Sophie. One of his heroes is TV host Murray Franklin, played by Robert De Niro.

His life is going from bad to worse when he cannot get a decent job as a comedian and his only option is to dress as a clown with an advertising banner in front of a store. His humiliation and bullying continue as young thugs are passing by making fun of his costume. The desperate Arthur eventually gets ahold of a gun and quickly realizes that he has talents much darker than comedy.

Todd Phillips has already directed a film where a dysfunctional individual creates funny moments in serious times (The Hangover). However, Joker has a very different approach and they have to pay more attention to his looks just because he is one of the most famous supervillains in all media.

We all know the difficulty as well as the price of the Joker role and we have to give credits to Joaquin Phoenix, who takes the part brilliantly with months of excessive preparation. His performance is impressive and definitely a contender for this year’s Oscar.

On the other hand, it is very disappointing to watch a Joker movie and lose interest which is the case in this one. The film will not let you miss a thing until the horrifying revenge on the subway, which is perhaps a connection to the Bernhard Goetz shooting in 1984. After that, the movie takes a different turn, as Joker is represented as a leader of anti-rich and anti-capitalist movement with protesters dressing as clowns.

Obviously, the idea behind the clown reflects the things happening in today’s world with trolling and internet bullying. The story is made by taking ideas from comic books and blending them into something akin to a biopic about a dysfunctional serial killer. It also has a different approach from previous Joker portrayals we’ve seen, learning more about Arthur’s problems and painting the bigger picture that caused him to become Joker.

You’ll probably wait for the moment he turns into the evil laughing clown full of dirty jokes and unsettling ideas, but you’ll have to wait longer just because this movie is more focused on what creates the Joker and all of the climactic things happen in the last 15 minutes.

The killing and violence committed by Joker in this film is explained as making him feel alive. Even though this film is more about the background of the Joker character, make no mistake- it is still deep on many levels and a very disturbing movie.

We all know that playing the Joker will take its toll on any actor, and Joaquin Phoenix was no exception.

He went through a difficult transformation as he took this iconic role and claimed that he started to go mad. Obviously, the Joker role is pushing the boundaries of our human nature and it is tough for actors to keep hold of themselves.

The movie has mixed reactions from the public, both positive and negative. In our perspective, it is a decent movie and if you like storytelling you’ll probably love it. No matter how good or bad the movie is, Joker will be a favorite cosplay character in the upcoming months just because people love the supervillain.