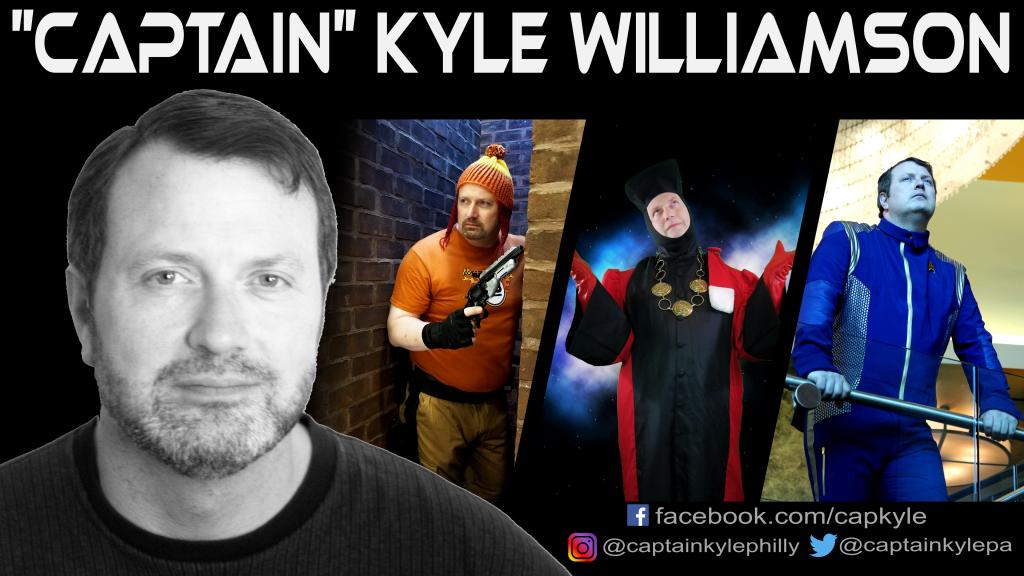 “Captain” Kyle Williamson is the founder and executive producer of Fandom Spotlite, a news and entertainment outlet that covers conventions, fandom, cosplay and geek culture. He is the host of Cosplay Spotlite with Captain Kyle, a talk show highlighting cosplayers. Kyle also writes many articles, conducts interviews with various actors and pop culture influencers, and produces videos that provide commentary and reviews on selected movies, television shows, costumes, toys and props.

He is an actor as well, having appeared in various independent and fan films, some of which he also wrote and/or produced. He is also a cosplayer, with over 30 different costumes, and is well known for his portrayal of The Walking Dead’s Governor, Doctor Who’s Jackson Lake, Star Trek’s Q and The Flash’s Jay Garrick.

Captain Kyle is an advocate of positive fan experience and promotes cosplay as a means of individuals expressing their joy of their fandom without regard for gender, ethnicity, age or body type. His book, “Elements of Cosplay: The Costume and Beyond” is a guide to the world of cosplay and advises acceptance and inclusion in the cosplay and fandom communities.